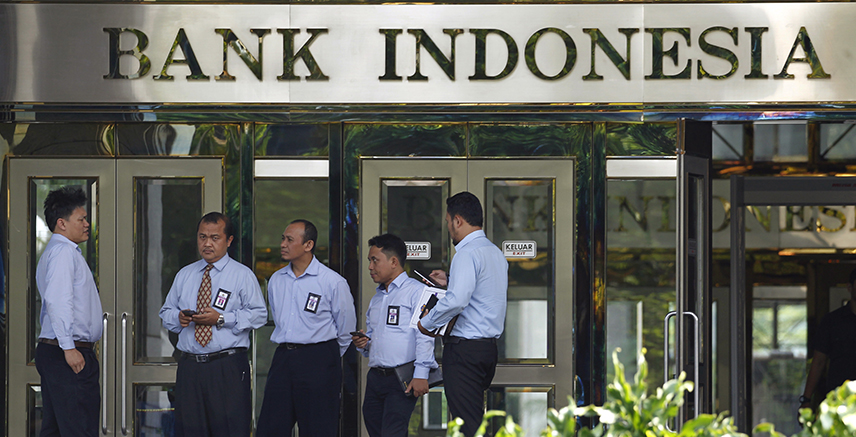 Indonesia Finance: All You Need to Know

Share on:
Komodo bonds, warnings over Bitcoin, and the rise of Islamic finance. Here is a run-down on key happenings in the capital markets, banking sector, and insurance industry in Indonesia.

Officers stand in front of Bank Indonesia building in Jakarta, November 18, 2015. Indonesia reaffirmed its commitment to allowing the free movement of capital and a floating exchange rate, putting to bed concerns the government would impose capital controls to manage rupiah and dollar liquidity. REUTERS/Garry Lotulung

A new era is dawning for the archipelago nation’s entire economic and financial landscape. The Central Bank, Bank Indonesia (BI), is bullish on vibrant financial intermediation round the corner, reflecting not just macro-prudential policy easing, but also prospective banking and corporate sector consolidation. The end of state funding for key public enterprises, too, stands to boost liquidity, the fertile sap of the…

This is promising given the disparity between, say, Indonesia’s local-currency bond market, in September 2017 worth USD180 billion, versus USD299 billion for Malaysia. Tellingly, stock market capitalization of around USD482 billion remains short of the USD507 billion of Thailand, which has half of its economy.

Today, total transaction value at Indonesia’s bourse is just 45.2% of GDP, problematically low when compared with the respective 104% and 156% of Thailand and Malaysia. Targeting SMEs, the Financial Services Authority (OJK) has eased requirements listing requirements to spur liquidity andeconomic activity. These firms now require minimum assets of IDR50 billion (halved from previous level) to play the field, and may raise maximum funds of IDR40 billion.

The Indonesia Stock Market (ISM) is working to facilitate wider investment options that include the sharia route, and May 2011 saw the launch of the Indonesia Sharia Stock Index (ISSI).

IPOs, too, will diversify the playing field. The prospective merging of around 70 hospitals for IPO in 2018, plus that of oil concern PT Pertamina’s hotel and property arm PT Patra Jasa, retain attention, with an expected knock-on effect on both banking and insurance sectors.

Obstacles to growth in the banking sector, which dominates the financial market, are low financial literacy and curbed penetration; the World Bank indicates that 36.1% of Indonesia’s adult population owned a bank account in 2014. As of 2016 the sector housed 120 commercial players; four state, or partially state-owned, 10 foreign, 16 JVs, 13 Islamic banks, and around 32 Islamic windows. Banking’s contribution to GDP was 2.87% in 2016.

Banking’s great hope for growth is sharia-compliant finance, which The Organization of Islamic Cooperation (OIC) foresees printing total assets of USD3.5 trillion by 2018 internationally. Note that despite having the world’s biggest Muslim population, Indonesia is overshadowed by Malaysia’s and the Middle East’s Islamic financial markets. As of 2015, Islamic finance accounted for just 5% of total banking assets (Malaysia, with 61% of Indonesia’s population, printed at 20%).

Government incentives in recent years to transform Indonesia into an Islamic financial hub reflected in an asset climb from USD8 billion in 2010 to USD22 billion in 2014 on a CAGR of 29.2%. Indonesia’s Financial Services Authority (OJK) five-year roadmap of 2015 aims to triple Islamic banks’ market share to 15% by 2023.

Since the OJK became the insurance watchdog in 2013, the sector (national penetration of 1.1% as of 2015) has been subject to the New Insurance Law effective October 23, 2014. A total of 55 players include local entities and multinationals, some sharia compliant.

The latter component seems set to experience the fastest growth, at 26% CAGR (2014-2020), reaching penetration of 15% by then. Indonesia’s working population is projected at 200 million by 2035. The January 2014 introduction of mandatory universal healthcare coverage (JKN) aims at full enrollment by 2019.

Coordinated landscaping of Indonesia’s financial universe with an eye on green finance, and amenable demographics plus privatization, should spell liquidity and depth.