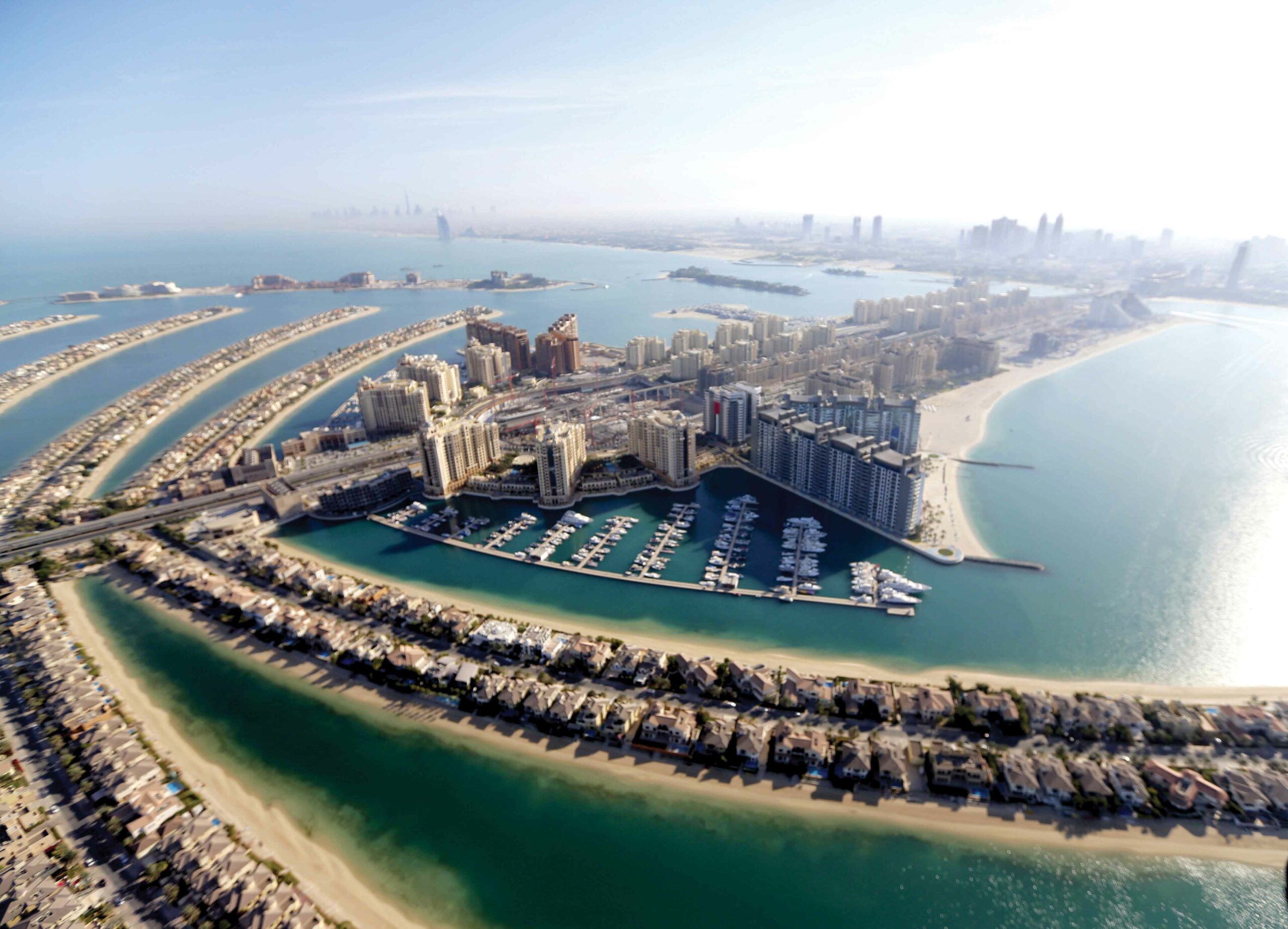 Share on:
Already one of the world's premiere tourism destinations, Dubai is working on broadening its scope of offerings in order to expand into new markets.

Perhaps no city in the world has seen its global stature rise as fast as Dubai’s over the past quarter century. Once a quiet fishing village, a concerted full-spectrum investment effort has turned Dubai into one of the most popular tourism destinations in the world. As a result, the number of incoming tourists has risen from under half a million in 1990 to more than 14 million in 2016, making Dubai the fourth most-visited city in the world after London, Paris, and Bangkok. Firmly established as one of the city’s core industries, government and industry leaders are working to form new relationships, open new markets, and ensure that Dubai remains one of the world’s tourism capitals for decades to come.

The number of people flocking to see Dubai exploded in the mid-1990s and has continued to grow at a steady rate over the past few years. 2016’s 14.9 million overnight visitors was a new record, up 5% over 2015 and 8% since 2012—twice the rate of the global travel industry as a whole. Metrics of travel, spending, and duration were all up significantly, which speaks to the strength of the sector even an uncertain global climate. Growth was everywhere, even in the face of economic setbacks. Arrivals from the UK rose by 5% following Brexit and a resulting currency devaluation. Similarly, India’s currency crisis didn’t keep it from repeating as the single most popular source of foreign visitors; 1.8 million Indian citizens arrived as tourists, a rise of 12% over 2015. Dubai also saw remarkable growth from Chinese and Russian visitors, with inbound tourism rising by 20% and 14%, respectively for the two countries. Additional strong growth from US and Western European travelers more than offset decreases in arrivals from Africa (7%) and Australia (9%).

More precise measures of the tourism industry’s health are reflected in the sector’s strong performance. Dubai’s stock of hotel rooms rose by 5% in 2016 to cross the 100,000-room mark. This recent growth comes due to a full-spectrum approach designed to make the Emirate a destination across all sectors of the industry. While 2016 saw the opening of more of the luxury hotels Dubai has become known for, three-star hotel room capacity grew by 24% and four-star by 8%, a positive sign for the diversification of the sector. With an average stay length of 3.6 nights, the number of occupied room nights per hotel rose from 26.4 million in 2015 to 28 million in 2016. Revenue per available room dropped from USD119 to USD108, due to the increase in non-luxury accommodation, but the overall rise in travelers meant that the industry saw increased performance nonetheless.

One of the strongest elements of Dubai’s tourism industry is the fact that its visitors spend more than any other city in the world. A 2016 Savills report found that international overnight visitors spent an average of USD2,050 per trip to Dubai, almost twice the average of the 12 global cities surveyed. In sum, this accounts for USD4.7 billion in food and beverage spending and USD9.70 billion in retail spending. Dubai’s relatively small permanent population has given it the highest visitor per resident ratio in the world, with 5.7 visitors per permanent resident in 2015. As a result, tourism accounts for approximately 20% of Dubai’s GDPD, one of the highest rates in the world. Research by the World Travel & Tourism Council estimated the sector’s contribution to the UAE economy at USD64 billion and estimated that this could double within the next decade.

Tourism has become one of Dubai’s economic pillars, but industry and government officials have no plans to rest on their laurels. Several initiatives are underway that aim to introduce new markets for tourism, generating new offerings and ensuring that the Emirate remains a top destination for travelers from all walks of life. In 2012, the Dubai government launched a Tourism Vision 2020 plan, which set a number of ambitious goals, including increasing the number of annual visitors to 20 million per year and tripling the tourism sector’s economic impact. The plan has three core objectives: maintaining existing market share in Dubai’s current largest source markets, increasing awareness of Dubai’s offerings in order to expand into new markets, and increasing the number of repeat visits.

To do so, Dubai is working to extend its offerings across family, event, and business sectors and build a tourism infrastructure that offers something for everyone 52 weeks of the year. The aforementioned increase in three- and four-star hotels is a key first step toward increasing budget family travel, and the city has recently introduced several new family attractions. IMG Worlds of Adventure, which opened in August 2016, is Dubai’s first themed amusement park and, at more than 1.5 million sqft, the largest indoor theme park in the world. 2016 also saw the opening of Dubai Parks and Resorts, a 25 million sqft theme and water park complex that is the largest in the region. Other new attractions recently brought online are the Dubai Opera, the Ethiad Museum, and CITY WALK, a retail shopping complex. Jasper Hope, CEO of the Dubai Opera, recognizes that the Emirate’s high volume of tourism gives its Opera house an unique character. “While our main target audience is simply the people who live and work in Dubai, regardless of whether they are Emirati or Egyptian or British, we do, of course, realize that a large part of our visitors will be traveling business people as well as tourists,” Hope told TBY. “Together, this multicultural crowd is working toward the same goal, which is to make Dubai an amazing global destination in all aspects, and this is reflected in the wide-ranging cultural offering that we have at the Dubai Opera. We have had a full house practically every night since opening, which just shows the appetite for diverse cultural offerings in Dubai.”

Elsewhere, Dubai’s MICE sector has made strides in recent years and recently signed agreements to host a number of major conferences. The city was named the Overseas Luxury MICE Destination of the Year 2016 at the China Travel & Meetings Industry Awards and was also recognized as one of the Middle East’ Leading Meetings & Conference Destinations at the World Travel Awards Middle East. Already the leader when it comes to MICE travel in the region—Dubai is responsible for over one-quarter of all MICE industry in the Middle East—the Emirate is well positioned to use its central location and well-established infrastructure to remain a global leader in the sector. In 2013, Dubai won the right to host Expo 2020, beating Izmir, Yekaterinburg, and Sao Paulo to become the first MENA country to host the exhibition. The Expo is expected to bring more than 25 million visitors from 180 countries and serve as a major source of economic growth in the city, with one IMF estimate predicting growth of more than 5% due to new construction. Dubai’s Expo 2020 administrative team has announced that it will award more than USD3 billion in construction projects as it seeks to complete the majority of the required construction more than a year ahead of the event. This will in theory allow the country to fully integrate new construction into its tourism infrastructure, the better to smoothly accept one of the world’s largest gatherings. Once completed, this new construction is expected have a long post-Expo lifespan as host facilities for numerous future MICE events.

Firmly established as a premier travel destination in some of the biggest markets in the world, Dubai is working to spread awareness of its offerings and increase its standing as a destination in underserved ares. Today, 40% of Dubai’s tourism comes from the GCC, India, the UK, and Germany, but the city’s Vision 2020 calls for a renewed effort to tap the potential of China, Africa, and Latin America—three enormous and rapidly growing markets with few current ties to Dubai tourism. In late 2016, Dubai partnered with key Chinese and financial services to increase connections between the two countries, introducing a Chinese-language duty-free website and increasing the presence of key Chinese credit card providers in Dubai markets. With just 450,000 Chinese visitors in 2015, Dubai tourism officials claim that forming connections with China’s rapidly-growing middle class is one of its top priorities. To this end, it has worked to increase hotel and retain options for Chinese consumers. Early returns have been positive, and industry officials are optimistic that they can continue to build on 2016’s 20% increase in Chinese tourism. Similar efforts are underway in Africa, which saw several heads of state visit the Emirates within the past year. In an effort to make travel easier, Emirates airline recently debuted new flights to several major sub-Saharan African cities. Here, growth has been slower, but the size of the market—an estimated 11.7 million people are expected to move to the middle class by 2030 in Nigeria alone—means that continued engagement is a wise investment in the future health of the sector.
All the while, Dubai continues to make moves and broaden its platforms to become a vital and vibrant destination across all sectors. Its new Medical Tourism Destination project, launched in 2016, plans to build 18 new hospitals to support the city’s medical tourism sector, which has been growing by 40% annually over the past few years. It is developing new golf courses to augment its sports tourism offerings, with the aim of expanding what is already a USD135 million industry. Well aware of the need for continuing growth and ability to adapt to consumer demands, Dubai’s tourism sector looks primed to remain a global landmark for years to come.

While the Emirate is hard at work creating new tourist attractions, it is also remarketing historic sites in an effort to energize tourists. The Bur Dubai, considered one of the Emirate’s oldest sites, is home to historic buildings, villages, markets, and the original Arabic wind-tower houses, built by wealthy merchants. It is also home to the Dubai Museum, which is built in part of the Al Fahidi Fort, the oldest building in the city, constructed in 1787 as the premises of the monarch and a fort for defense, sitting on the border of urban Dubai at the time. Later, the fort was turned into an arsenal. It was also used as a prison for the outlaws. The fort was renovated during the reign of the late Sheikh Rashid bin Saeed Al Maktoum and opened as a museum in 1971 to showcase the Emirate’s heritage. The museum recreates traditional Arab homes, markets, mosques, and even date farms. At the textile souk, also in Bur Dubai, visitors can walk through reels upon reels of silk, embroidery, and cotton, or take a look at the impressive architecture. From Bur Dubai’s souks and museums, guests can venture to Deria by crossing the Dubai Creek, the historic focal point of the city, on a traditional abra water taxi. While tourists can find gold and spice souks, dhows, and the renowned fish market in Deria, this side of the creek is home to many modern business, entertainment venues, and malls.

The Emirate is also boosting its adventure tourism offerings. Skydive Dubai takes visitors through a 26,000sqm drop zone, providing perhaps the best vantage point of sights such as the Burj Khalifa, the Burj Al Arab, and the Palm Jumeria. Burj Khalifa stands 829.8m tall, and has an observation deck at 452m. It is by far and away the best place to survey the extensiveness of Dubai and understand just why the city has become a magnet for visitors from around the world.