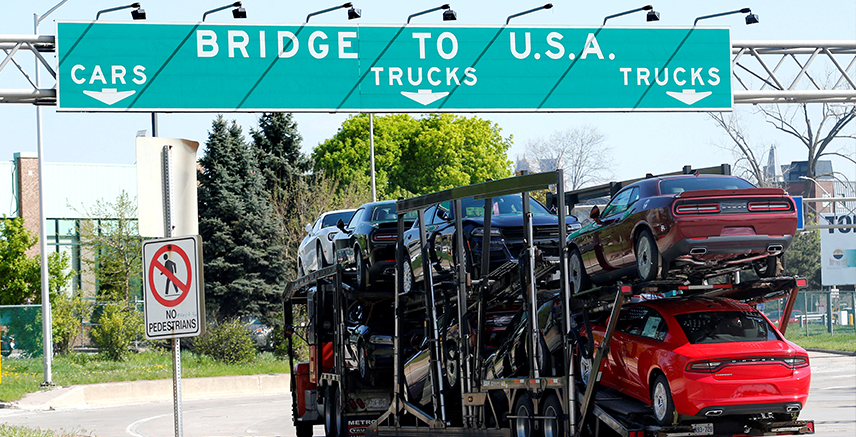 Share on:
Which 4 businesses did best out of NAFTA?

The renegotiation of the North American Free Trade Agreement (NAFTA) is set to begin next week.
Over coming months, the three countries that comprise the bloc, namely Canada, Mexico, and the US, will negotiate changes to a deal upon which a USD1-trillion business relation lies.

There is no specific deadline for the so-called ‘modernization’ of NAFTA, but there are two dates that will pressure the negotiators to reach an agreement soon: the June 2018 presidential election in Mexico and the US midterm elections of November 6, 2017.

And while there are many critical issues to address during these conversations, the market will be uncertain until it is determined if NAFTA 2.0 will be as good for business as the first deal signed in 1994, which established low tariff trade across an overall market of 565 million people.

Trade between Mexico and the US amounted to USD100 billion in 1994. Just 22 years later, in 2016, the agreement had expanded significantly and both countries traded goods and services valued at over USD500 billion, a 400% rise in just two decades, according to the US Census Bureau.

This has translated into a significant increase in earnings, as each country attempted to seize the opportunities this three-party market has provided.

Here are some of the international companies that have done best out of NAFTA since it was signed in 1994.

The auto industry is usually highlighted as one the sectors that has benefited the most from NAFTA.

During this time, Mexico became the seventh largest producer of vehicles in the world, with 3.5 million units manufactured in 2016, according to the International Organization of Motor Vehicle Manufacturers (OICA, in French).

And soon it will climb up to the fifth position, with the country expected to be producing 5 million vehicles by 2019.

One of the very first US companies to identify the early potential of assembling its vehicles in Mexico was GM. The firm opened its first plant in Mexico in 1937, and then its second in 1965.

But after NAFTA was signed, GM invested heavily in Mexico. Since then, the company has opened three industrial complexes, one in Toluca and two in the State of Guanajuato, located in the center of the country.

And in 2014 GM announced a USD5-billion investment to modernize all its manufacturing equipment in Mexico, a process which will be completed by mid-2018.

With five factories, Mexico accounts for the largest number of GM plants outside of the US, which evidences the strategic importance of this nation for the firm.

Under the umbrella of NAFTA, GM has been able to manufacture its vehicles for less in Mexico due to lower labor costs, and then export them into the US and Canada without facing any border taxes.

Additionally, the agreement also helped the company to strengthen its presence in the Mexican domestic market. Thus, GM hit a record sales year in Mexico in 2016 after selling 300,000 units in that period of time, a 20% increase compared to 2015.

Walmart entered Mexico in 1991, just three years before the deal was agreed upon. To date, the retail giant is the largest company in its sector in Mexico, with 2,400 stores across the nation.

Walmart’s net sales in Mexico have soared dramatically in the last decade.

While the company’s net sales amounted to USD12 billion in 2007, last year it hit just over USD28 billion, according to its 2016 financial report.

As NAFTA slashed import taxes, many foreign products such as P&G’s shampoos or sweet sauces like Heinz’s ketchup and mayonnaise began to fill the shelves of Mexican supermarkets. Consumers began to purchase these products which had become cheaper thanks to the free trade agreement.

This ultimately benefited retailers like Walmart, which steadily increased its portfolio of products and diversified its customer base.

The Mexican company Bimbo is considered to be the largest bakery in the world.

While the firm just sold MXN5 billion worth of products in the US in 1999, the company hit net sales of MXN125 billion in the US and Canada in 2016, astonishing growth in almost two decades.

In 1999 Bimbo was not even present in Canada. But thanks to its profitable venture in the US, the Mexican company eventually started to operate further north in 2015.

After NAFTA was signed, Bimbo boosted its exports to the US market, the company reported in 1999.

Another purchase in the US followed in 2002 and another acquisition was carried out in 2009.

Finally, Bimbo bought Sara Lee North American Fresh Bakery in 2011, turning the US and Canada markets into the most important for the company, representing as they do 53% of all its net sales in 2016.

UTC is one of the largest American multinational conglomerates, and offers a plethora of products and services used in many different industries, ranging from defense to home appliances or aerospace systems.
Being drawn to where industrial development takes place, the company has invested heavily in Mexico, where manufacturing activities represent a larger percentage of the country’s GDP than 20 years ago.

Since 1994, many maquilas (factories) have been established along the northern border with the US in places like Coahuila, Chihuahua, and Sonora.

UTC increased its presence in this market during this period to supply industries manufacturing goods in Mexico for export to the US and Canada.

According to the World Bank, manufacturing represented 17% of the Mexican economy in 1999, increasing to 19% in 2016.

And UTC has expanded considerably across the country. In 2000, its subsidiary UTC Aerospace Systems, which is one of the largest suppliers in that industry, opened a factory in Sonora. The company built a second plant in Mexicali in 2008.

And despite the controversy involving Carrier—another UTC subsidiary—and President Trump in December 2016 over yet another new plant in Mexico, the company aims to follow these plans and continue investing in Mexico.