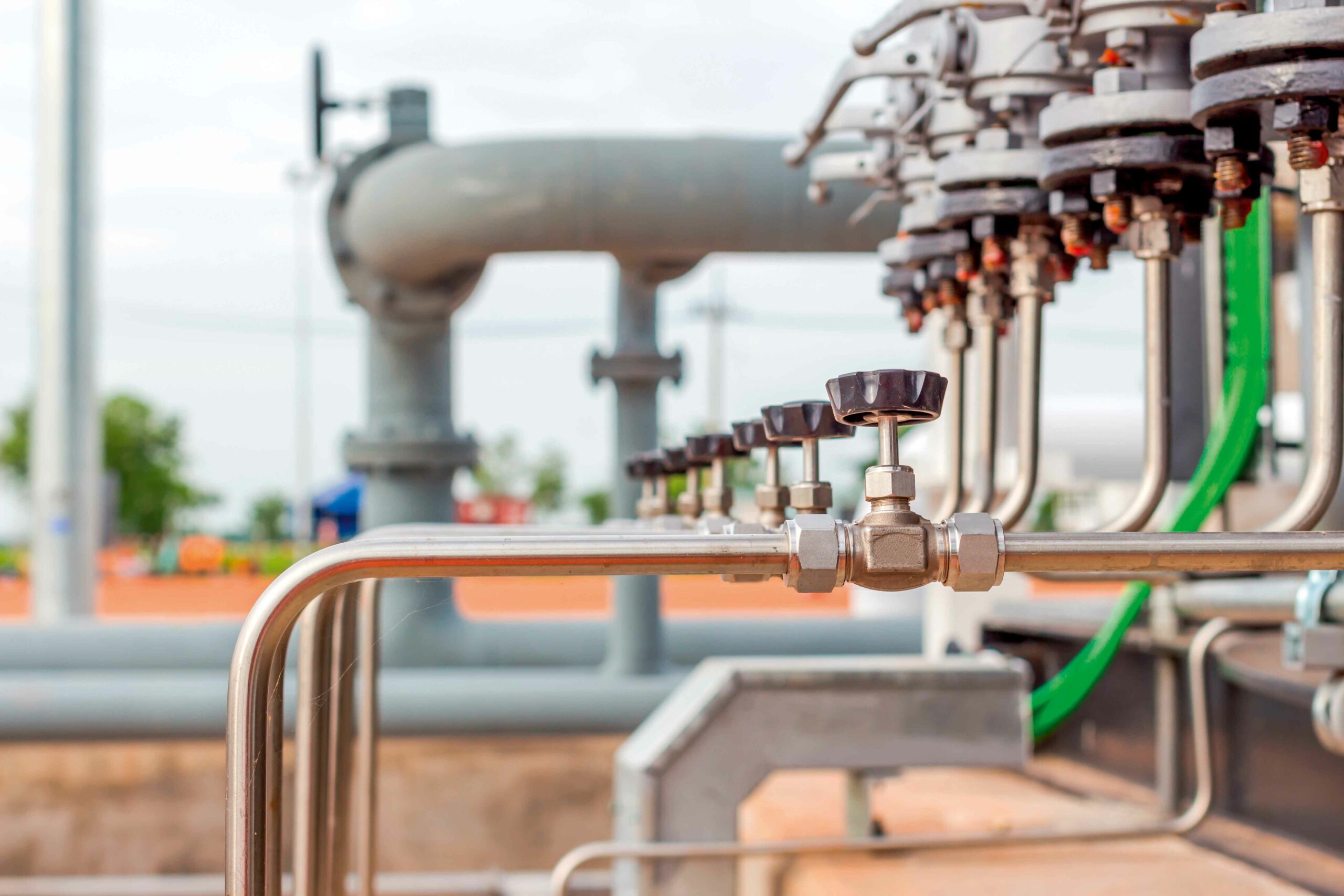 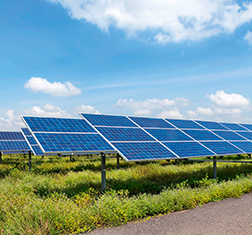 The Kingdom has made renewables a critical aspect of its ambitious Vision 2030 effort to diversify its economy and wean itself from a strictly carbon-based diet, not to mention empower local businesses and individuals to take up the mantle and lead the energy sector into the next generation.

Crude was first pumped in Pennsylvania in 1859, ushering in the age of oil, with 2,000 barrels produced in the US by the end of that year. Fast-forward a century and a half and no one blinks an eye when Saudi Arabia produces 10 million bpd—a close second only to Russia’s 10.7 million bpd. While fears of “peak oil” have haunted observers for decades—with one serious publication predicting there are enough reserves to last us just 46.2 more years—two other more pressing, and less predictable, factors have caused energy powerhouses like Saudi Arabia to radically reconfigure their energy-based political-economy: the global post-2014 plunge in oil prices and steadily rising interest in renewables, a trend that may grow from pious initiative to full-blown bad faith necessity sooner than many imagine.

This has forced, or for now merely encouraged, many crude-dependent economies to adapt alternative means of not only diversifying away from carbons to soften the blow of price shocks, but also to boost renewables in their own domestic consumption. Not one to miss the boat, Saudi Arabia has keenly signed up for both. As part of its Saudi Vision 2030, it has plans to harness wind and solar to produce 9.5GW of renewable energy by 2030, liberalize its fuel market to boost the competitiveness of renewables, shortly unveil the King Salman Renewable Energy Initiative, drastically trim the public sector, and radically boost its mining industry to increase non-carbon contributions to GDP. To be sure, a huge part of its push to shake things up in the oil sector is the much-heralded initial public offering of Saudi Aramco, the state-owned national oil company, expected to finally go public in 2018. With valuations running as high as USD2 trillion—offloading 5% of which will provide the state coffers a cool USD100 billion—it would be far and away the largest IPO in history.

Taken together, the government hopes these measures will equip both an economy and society that have long grown used to holding 16% of the world’s proven petroleum reserves to at least mentally prepare for a post-carbon century. In a country where 87% of budget revenues, 42% of GDP, and 90% of export earnings come from black gold, the successful implementation of Vision 2030 could not come soon enough. Impressive though they are, much of these long-term initiatives still rest upon short- and medium-term assumptions: that the price of oil will at least partially recover to pre-2015 levels. Such is the reasoning behind the policy-making decisions of Khaled al-Falih, appointed in May 2016 by the bullish Crown Prince Mohamed bin Salman to give the Kingdom a far more active role in shaping the global price of crude through output manipulation and targeted production cuts.

Much ink has been spilt on the game-changing nature of Mohammad bin Salman’s staggering rise to leading Saudi Arabia into a brave new bristling world. Indeed, since the crown prince appointed Al Falih as Minster of Energy, the Kingdom has quickly reversed its decades-long policy of non intervention in shaping the price of oil and worked behind the scenes with producers in and out of OPEC to target specific levels.

In November 2016, a Saudi-led OPEC confounded skeptics and announced the body’s first production cuts in eight years, a move that immediately drove the price of oil up from USD45.26/barrel to USD52.62 within a month of being announced. To the surprise of many, Saudi Arabia was able to convince non-OPEC members like Russia to join the cut. Given that the later was producing at historic post-Soviet rates of over 10 million barrels/day—and the ruble had far from rebounded to pre-2015 levels—this was no small feat. While Saudi agreed to reduce output by 486,000 barrels/day, OPEC’s second-largest member, Iraq, agreed to cut production by 210,000, while the UAE and Kuwait agreed to 139,000 and 131,000, respectively. Coming in at the second-largest cut of any producer, Russia agreed to reduce output by 300,000. This initial cut was to last six months, with the likelihood of being extended another half-year once OPEC met again in May 2017.

Yet the second time round, OPEC decided to extend the cuts into March 2018. For one, this was because prices had yet to gravitate up to the sought-upon rates. Between November 30, 2016 and April 30, 2017, the price had not budged from USD52/barrel, and by the beginning of June the price had actually plunged to USD47/barrel—though part of which was spurred by Donald Trump’s announcement that the US was pulling out of the Paris climate accords. Despite this hopefully momentary dip, OPEC and its partners have committed to reducing total output by 1.8 million barrels/day through March 2018, a move they hope will not be circumvented by record rates of production in the US—and reduction exemptions for Libya and Nigeria, the two OPEC members not obliged to follow suit.

After earning a record USD920 billion in 2012, OPEC countries scraped by with a relatively paltry USD341 billion in 2016. If leading producers like Saudi Arabia want to make up this for this shortfall, they will have to start getting more creative. Apart from a huge initiative to boost the Saudi mining industry, long thought to have vast untold amounts of aluminum, phosphate, gold, and copper, not to mention some 6% of the world’s uranium, one of the biggest aspects of the government’s Saudi Vision 2030 plan is the Aramco IPO, the proceeds of which will fund the Saudi Public Investment Fund, soon to be the biggest in the world. Once established, this fund will invest “in large international companies and emerging technologies from around the world” as a means of weaning the Kingdom off black gold and onto less exhaustible sources of sustenance.
Part and parcel of the wider attempt to diversify are the Kingdom’s plans to increase the localization of the oil and gas sectors from 40% to 75% as part of Vision 2030. Not only will this boost local employment, it will also prevent that much more in wages from being repatriated overseas. More striking, however, are Vision 2030’s plans to boost renewable energy sources in the Kingdom. Admitting quite frankly that the Kingdom “still lack[s] a competitive renewable energy sector at present,” its initial target is to generate 9.5GW of renewable energy through solar and wind. German firm Phoenix Solar seems to have already gotten a head start with two solar panel parks that have gone up on the grounds of the national petroleum research center in Riyadh. Erected in 2012 and 2014, respectively, the 3.5MW and 1.8MW solar parks were ordered by Saudi Aramco.

A critical part of this effort to diversify the Kingdom’s energy mix is the King Salman Renewable Energy Initiative, yet to be unveiled but which will outline the contours of the effort to reach 9.5GW of renewables. As Vision 2030 states, a critical aspect of this will be to “localize a significant portion of the renewable energy value chain in the Saudi economy,” including research and development. It will also contain an extensive review of the “legal and regulatory framework that allows the private sector to buy and invest in the renewable energy sector,” thus encouraging Saudi firms to play a leading role in the long-term renewable transformation of their energy matrix. In tandem with their efforts in fossil fuels, the country has ambitious plans to localize the renewables industry as it develops and encourage public-private partnerships to help it do so along the way.

The biggest question throughout the rest of the year will be the extent to which Minister Al Falih’s predictions regarding crude oil inventories and global demand prove true. If correct that inventories are in global decline, Riyadh’s move to scale back production through March 2018 should pay handsomely. So far, however, the evidence has been shaky at best. As of March 2017, US stockpiles were 20% over their five-year average, and a 5.4 million barrel reduction of crude inventories in Europe was offset by increases in gasoline and middle distillates, notes Bloomberg, and Chinese stockpiles are only growing.

At the end of the day, the Saudi-led OPEC cuts that went into effect in November 2016 have had virtually no effect on American output, which, if anything, has only increased and is expected to do so by 740,000 barrels by December 2017. Not unsurprisingly, and in tandem with Libya and Nigeria’s exemptions from the production cuts, this is only likely to stabilize or offset rather than increase global oil prices and decrease Saudi’s total market share. When OPEC members met in late May to extend the oil cuts, the price of crude actually fell by 5%. And though crude exports to the US were down in May by 160,000 barrels to 840,000, this merely brought them back to levels last seen in January when the cuts first went into effect. At the end of the day, if Minister al-Falih is to pull off the first concerted effort to scale down crude in several decades, it will have to start with depriving the Kingdom’s American customers in a more real and substantial fashion.