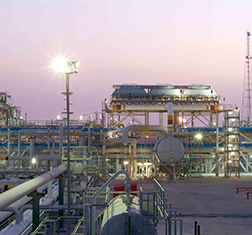 Share on:
While oil and gas remain Abu Dhabi's most important energy sources in terms of domestic consumption and exports, cutting-edge renewable projects are garnering more attention and investment from public and private stakeholders.

The UAE is one of the world’s largest and most strategically positioned energy producers. In 2015, the value of petroleum exports from the Emirates was around USD52.4 billion, but by the end of 2017 revenues from hydrocarbons are expected to reach USD65 billion, a figure that represents approximately 20% of the country’s total export revenue. Moving forward, however, the Emirates hope to expand and diversify its energy base, and Abu Dhabi is taking a leading role in these efforts. Cutting-edge renewable projects are allowing the Emirate to position itself as a global leader in sustainable energy. Large-scale nuclear projects are set to come online in coming years, too, helping Abu Dhabi sate its growing demand for electricity. Nations across the globe are sitting up and taking notice, and Abu Dhabi is positioned to remain a leader in renewable energy innovation.

Oil and gas remain the most significant sources of energy in the UAE, and nearly 40% of the country’s GDP depends on these sectors, according to the Organization of Petroleum Exporting Countries (OPEC). According to the latest BP Statistical Review of World Energy, the UAE has nearly 98 billion barrels of proven oil reserves—or almost 6% of the world’s total—the vast majority of which are located in Abu Dhabi. The UAE consumes roughly 900,000 barrels of oil per day, the overall refinery throughput sits at around 659,000 barrels per day (bpd), and the total refinery capacity is more than 1.1 million bpd.

The UAE has roughly 6 trillion cubic meters (cbm) in proven natural gas reserves, and the country’s robust gas extraction infrastructure allows it to produce almost 56 billion cbm per year. Domestic consumption is around 69 billion cbm per year, and imports are mostly channeled through the Qatari pipeline, while most of the UAE’s LNG exports, around 7.2 billion cbm, make their way to Japan. The Dolphin Energy pipeline stretches from Qatar’s prosperous gas fields all the way to Abu Dhabi’s Taweelah power plant, injecting much-demanded gas into the Emirate’s power generation system. As domestic demand continues to grow, LNG will become a more important piece of Abu Dhabi’s energy portfolio. The Emirate is a leader in enhanced oil recovery (EOR) techniques, and public and private sector officials have been spearheading development in gas extraction so the Emirate can rely on domestically produced resources.

The Supreme Petroleum Council (SPC) drafts Abu Dhabi’s petroleum strategies and goals. The SPC is one of the Emirate’s most important energy-related bodies, and it plays a central role in determining the country’s energy direction. Tasked with fulfilling the directives of the SPC and managing the operations of the country’s petroleum resources, the Abu Dhabi National Oil Company (ADNOC) operates more than 20 subsidiary institutions, three academic and training institutes, and four research and innovation centers. ADNOC’s subsidiaries operate across a number of areas, including natural gas and oil exploration, processing, and delivery.

According to ADNOC, the Emirate produces roughly 3 million barrels of oil per day and almost 10 billion cubic feet of raw natural gas. Despite flat oil prices in recent years, ADNOC hopes to expand its productions output to 3.5 million bpd by 2018. One of ADNOC’s largest subsidiaries is the Abu Dhabi Company for Onshore Petroleum Operations (ADOC), which has a capacity of more than 1.4 million bpd and operates over 1,300 oil and gas wells over six fields. The Abu Dhabi Marine Operating Company is capable of producing around 650,000 bpd, and it operates 218 oil and gas wells and 36 platforms. One of the world’s largest oil fields in the world, the Zakum Oilfield, is located in Abu Dhabi and is operated by the Zakum Development Company.

Growth in the UAE and Abu Dhabi over the past few years has greatly expanded the electricity demand in the Emirate, taxing the existing power grid. According to the Emirates News Agency, electricity demand is poised to explode, and by 2020 demand is forecast to grow by 50%. This has prompted officials to begin developing and implementing plans to expand and bolster the grid. Currently, the majority of the UAE’s electricity comes from gas-operated generators, and by the end of 2017 the country’s generation capacity is expected to surpass 130TWH and installed capacity is expected to reach almost 35GW. Abu Dhabi has one of the most privatized electricity markets in the UAE, and plans are afoot to expand private industry participation. Each independent power producer in Abu Dhabi is still, however, some sort of joint venture between state-owned Abu Dhabi Water & Electricity Company (ADWEC) and private groups and all electricity is sold to ADWEC.
As a whole, the UAE has plans to expand its power generation system by more than 21GW in the next 13 years, with nuclear, coal-fired, solar, and gas-fired facilities each representing around one-quarter of the projects in the pipeline. By diversifying the power base of the Emirate, officials hope to strengthen the country’s position as a global energy powerhouse and ensure that the country has the resources it needs to lead the GCC into the future.

As Abu Dhabi seeks to diversify its energy matrix, green energy is becoming a larger and larger part of the equation. Solar in particular has garnered the attention of stakeholders all across the country, and the Emirate is taking important steps toward meaningful diversification. The UAE has committed to generating 7% of its energy from renewables by 2020. With more than 5GW of solar energy projects currently in some stage of development, the Emirates look well on their way to achieving this lofty goal.

Sustainability and green energy are key parts of the UAE’s energy strategy, and officials are working hard to ensure that responsible usage practices become ubiquitous across the country. One of the main ways they have been working to ensure this is through targeted awareness and engagement programs. The ultimate goal is to change the country’s attitude toward energy use. In an exclusive interview with TBY, Dr. Thani Al Zeyoudi, UAE Minister of Climate Change and the Environment, discussed the ministry’s efforts to create awareness and generate change. “Now we are working to portray the facts, figures, and the story through the media, to make sure that we present the right message to the widest possible audience,” said Al Zeyoudi. Sustainability is not something that is limited to the government, or to the private sector; sustainability is a duty for each member of society and person on the planet.”

In the first quarter of 2017, Abu Dhabi signed a solar power deal that will result in some of the region’s cheapest renewable energy. The deal—a joint project between ADWEC, Japan’s Marubeni, and China’s Jinko Solar—will see the construction of the world’s largest solar facility in the Emirate. The 1.17GW Sweihan plant will be capable of powering 200,000 residences. The plant is expected to begin producing energy by April 2019, according to The National. Nearly USD900 million in funding has been raised thus far. According to Bloomberg, the Sweihan plant will bring Abu Dhabi one step closer to offering renewable electricity at a lower price than coal-fired electricity, an accomplishment that could be a game-changer for renewable projects and green energy across the globe. With electricity prices expected to be less than 3 cents per kilowatt-hour, the Sweihan plant will provide electricity at nearly half the average global cost of power from coal-fired plants, sending a strong signal to the energy industry about the potential and value of solar power generation.

Other notable renewable projects include a joint venture between Abu Dhabi’s Masdar, a leading renewable energy firm, and Sharjah’s Bee’ah. According to Bloomberg, the joint venture’s first project is set to be a 30MW power plant capable of utilizing and transforming more than 300,000 tons of solid waste every year.

There are big plans for nuclear energy in Abu Dhabi. After signing a deal with the US in early 2009, the UAE has been working closely with the International Atomic Energy Association (IAEA) to develop the country’s nascent nuclear power program. The Emirates Nuclear Energy Corporation (ENEC) is in the midst of a USD20 billion construction program that will see the development of Barakah plant in Abu Dhabi’s Western Region.

With two reactor vessels installed so far, and the first set to begin operations in 2018, the facility is well on its way toward completion, and it promises to become a revolutionary piece of Abu Dhabi’s energy matrix. Officials expect that the Barakah facility will have all four reactor vessels up and running by 2020, and the construction of this massive facility is being led by a consortium of firms, including ENEC and the Korea Electric Power Corporation. Once complete, the Barakah plant is expected is generate one-quarter of the country’s energy requirements and save nearly 12 million tons of greenhouse gases. According to The National, there have been some recent delays in construction, but the government is dedicated to ensuring that the plant is completed according to the most rigorous international safety standards. Moving forward, Abu Dhabi is set to be a leader across a number of different energy sectors.