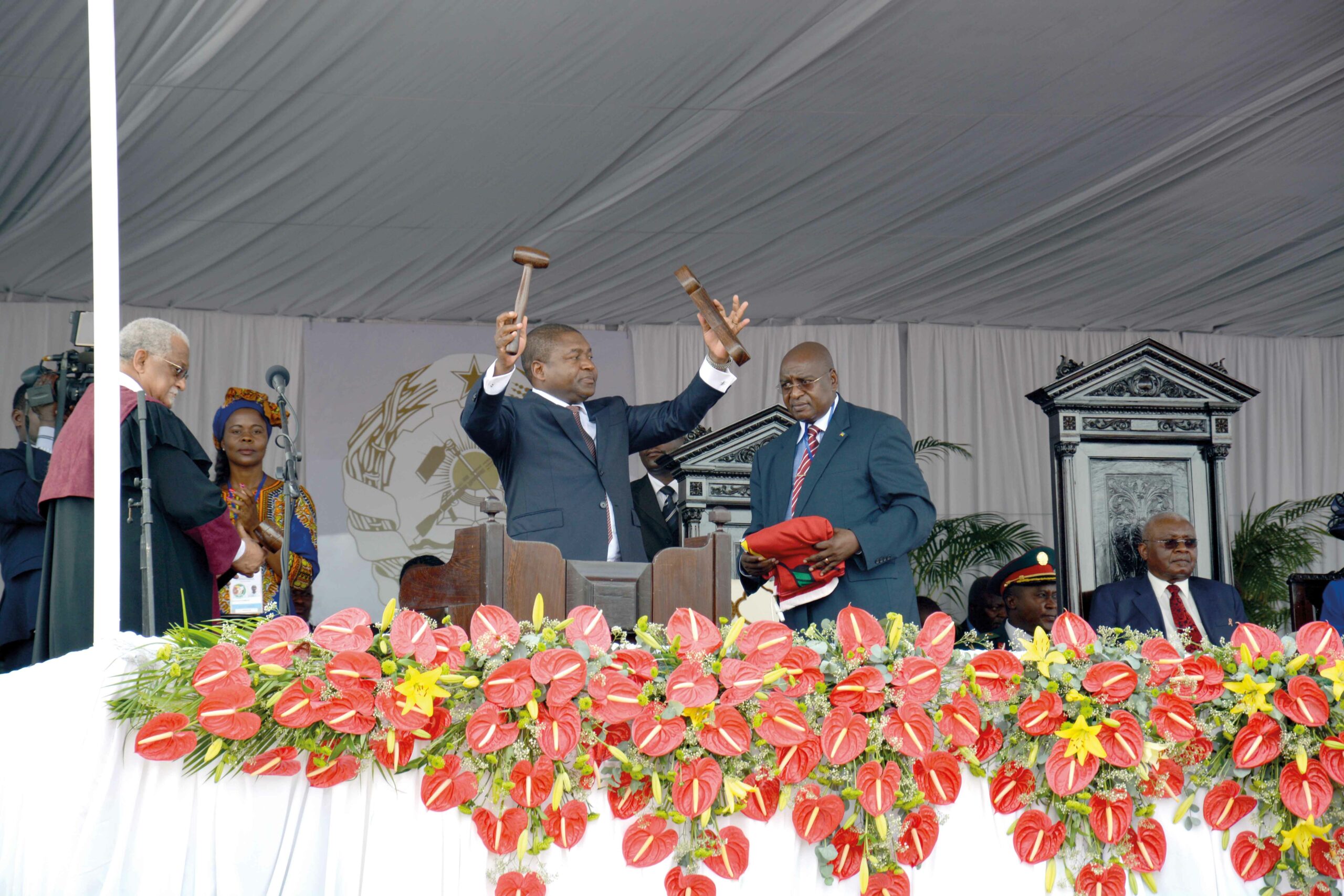 Filipe Jacinto Nyusi was born in 1959 in the northern town of Mueda, Cabo Delgado Province, the heartland of a stirring national liberation movement that aimed to rid the country of Portuguese colonial rule. An early witness to conflict, he was taken across the Ruvuma River to Tanzania, a key ally of the movement, at the beginning of the War of Independence in 1964, where he completed his primary education at a Frelimo school. He was able to return to Delgado Province, now liberated, for secondary education, later finishing at a school in Beira following independence in 1975. He joined Frelimo, of which his parents were both veterans, during the War of Independence, when he was just 14. He went on to obtain a degree in mechanical engineering from Brno University of Technology in former Czechoslovakia, later followed by post graduate studies in management at the Victoria University of Manchester, UK.

Nyusi began his professional career at Mozambique’s rail and ports company, Caminhos de Ferro de Moçambique, in 1992, the year the Civil War, which had raged between Frelimo and its opposition Renamo, drew to a close. The country’s first multi-party elections were held in 1994. In a sign of his ambition, Nyusi worked his way up the chain of command at Caminhos de Ferro de Moçambique, becoming Executive Director in 1995 and joining the Board of Directors in 2007. Having caught the eye of former President Armando Guebuza, Nyusi was appointed Minister of Defense in March 2008, replacing Tobias Joaquim Dai, who had lost face following an inquiry into negligence over an explosion at the Malhazine armory in Maputo, a disaster that killed over 100 people.

During his time as Minister of Defense, Nyusi committed Mozambique to tackling challenges such as piracy, illegal fishing, and pollution, also notifying the armed forces to prepare for an increased role with regard to humanitarian missions as part of the Southern Africa Development Community (SADC), the African Union (AU), and the United Nations (UN).

In 2012, Nyusi was elected to the party central committee, gaining traction due to his close links to the liberation struggle. As a key ally of President Guebuza, he was a natural choice as Frelimo’s candidate as his now predecessor’s second term ended, and was confirmed as the nominee at the Frelimo Central Committee. On election day in mid October 2014, Nyusi won the popular vote, claiming just over 57% compared to Afonso Dhlakama, the Renamo candidate, on 36.6%. The remainder of the votes went to Democratic Movement of Mozambique candidate Daviz Simango. Being from the north of country is said to have bolstered Nyusi’s solid performance in that region, while he also proved popular, despite being a relative unknown, in the south. He was inaugurated as President on January 15, 2015. Unlike Guebuza, however, Nyusi presides over a country that is suffering due to globally low commodity prices and the resultant currency depreciation, and the growth figures of the mid 2000s have been replaced by more moderate growth expectations. With that in mind, Nyusi is keen to see Mozambique’s resources put to better use than as merely an export revenue driver. A gas master plan has been drawn up, developed alongside the World Bank, to promote the exploitation of large-scale, under-development natural gas reserves for use in industrial developments. Elsewhere, and the government is also focusing on social matters, including social subsidies, health, and education spending, with the category representing the heftiest share of budgets in recent years.