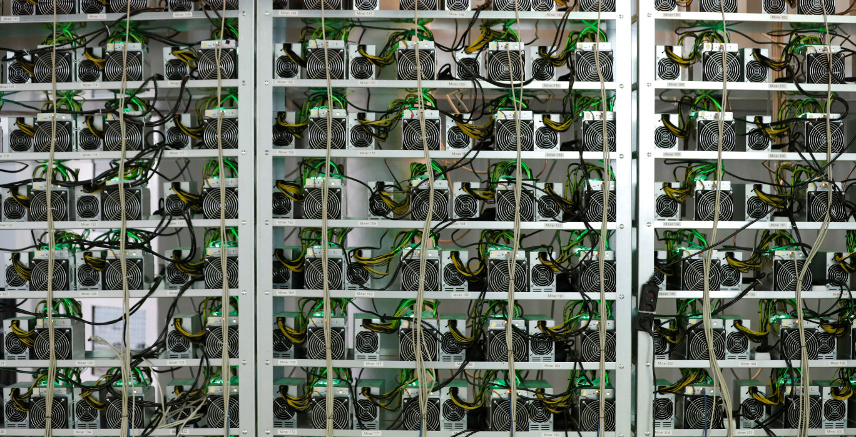 A Security It Isn’t

Ethereum, the SEC, and the bright future of cryptos

Share on:
It is only fitting that we start this series of editorial pieces on the bright new world of cryptocurrencies at such an auspicious time for their regulatory future.

By João Gaspar Marques, TBY Contributor and Content Manager at Coinvision, a blockchain due diligence and market intelligence platform.

It is only fitting that we would start this series of editorial pieces on the bright new world of cryptocurrencies and tokenized assets at such an auspicious time for the regulatory future of digital currencies. Last week, William Hinman, director of corporate finance at the US’ Securities and Exchange Commission (SEC), the independent body in charge of regulating securities and market trading as well as insure investor protection, told an anxious audience at the Yahoo Finance All Markets Summit that Ethereum and Bitcoin are not securities.

Well, it matters greatly. Under US law, the status of a security asset, rather than a currency, implies that it has to obey to strict regulations and can only be traded and sold to and by accredited investors. Securities are considered tradable assets that imply an expectation of profit based on the work of a third party. What that means is that securities work a little bit like the stock options of a company that yields dividends, or a real estate fund that promises a certain capital return to investors. In these cases, investors deposit their capital against certain assurances, contractual promises, risk assessments, and profit potential that rely heavily on the work of the company or fund leadership.

If Ether was considered a security, then it could be considered that the Ethereum Foundation, which is the company behind the deployment of the Ethereum Blockchain and the Ether digital currency, would have committed an offence as it was not registered with the SEC when it underwent its initial coin offering in 2014, where it raised USD16 million.

If the decision had been different, as many feared, in all likelihood cryptocurrency exchanges in the US would have had to stop trading Ethereum and Bitcoin until their legal status was clarified with the SEC, and the Ethereum Foundation would likely have had to enter a lengthy and costly legal process if it were to contest the decision. Surely, that would have created a market dump like the world of crypto has never seen.

Fortunately, the SEC decided to not consider Ether and Bitcoin as a security, and here is why: While investors might purchase Bitcoin and Ether with the intent and expectation of making a return on investment, the decentralized nature of the network takes away the third party responsible for ensuring those profits are made.

There is no central authority to Bitcoin, no CEO or board of administration—there are only miners, who are distributed, individually powerless, and certainly not driven by the interests of shareholders.

In truth, no one expected that Bitcoin would be considered a security since it was never pre-mined, and there was never a central authority to it. After all, we are still to find out who is behind the signature of Satoshi Nakamoto, the name authoring the Bitcoin white paper.

Ethereum’s ICO however raised some eyebrows, as before the network was deployed, there was a central authority to the product development and investors did have an expectation of return on investment. That was the one argument for the security classification, all the others were against it. The crypto community has been cheering the news and Ether’s value has responded with a strong climb; however, many questions remain.

After all, if Ethereum and Bitcoin are off the hook, Hinman hinted that some ICOs might not be, or at least not until their blockchain infrastructure is deployed and fully decentralized. It is uncertain how this potential clause will drive policy in the future. However, it is somewhat curious that Ethereum, the mother of all ICOs and the platform where the vast majority of new digital currencies are launched, is not a security, but the assets launched on top of it might come to be.

For the cryptocurrency market to ever be fully adopted, it will have to be regulated. Some analysts suggest that the security classification would go a long way in promoting the adoption of the asset class by institutional investors. However, that would have also meant the suspension of the outstanding path toward economic democratization that cryptos have paved.

Either way, this represents a major landmark for crypto currencies, particularly for American investors that feared a crackdown on the digital currency market by the SEC.

From a market perspective, it is likely that the decision will help solidify the currency’s price, creating a new support, as Ether is a very popular coin amongst American investors, the biggest crypto market in the world.

This all happens as Ethereum developers are working on the deployment of a Proof-of-Stake system with its Casper upgrade and the introduction of sharding to allow the network to scale its transaction processing capacity.

As you might know, two of cryptocurrencies’ biggest challenges to global acceptance is its ability to scale and the high energy cost for transaction confirmation (at a point, Bitcoin became known for consuming as much power as the whole of Ireland). These developments should greatly improve Ethereum’s capacity to deal with growing demand.

In all, this is a great moment for cryptocurrencies and Ethereum in particular, despite the months-long bear market we have been enduring.

Stay tuned for our next upcoming op-ed on the brave new world of cryptos.