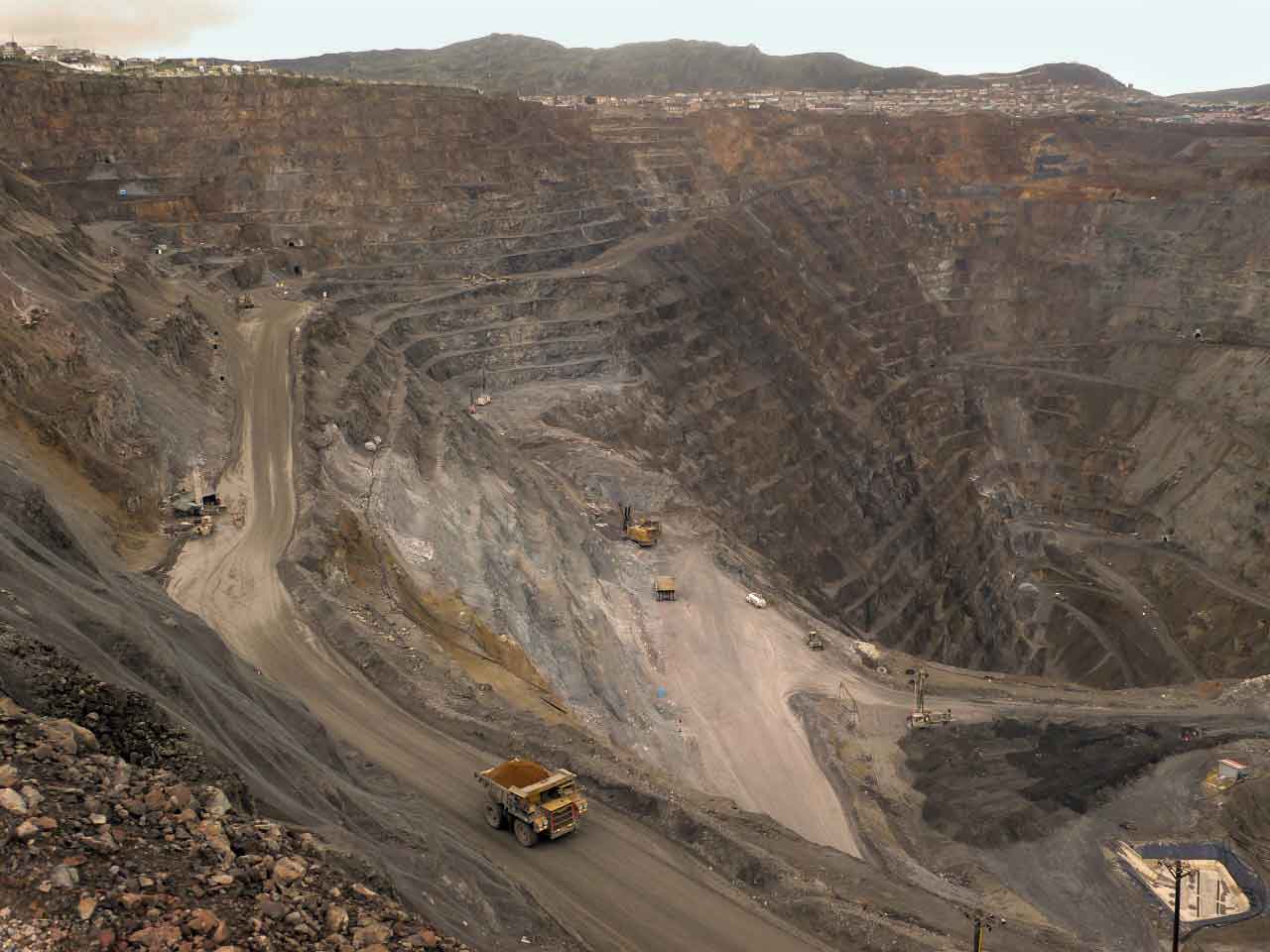 A Terrible Thing to Waste

Peru’s mining industry has been one of the country’s chief economic drivers for the past two decades. The country’s single largest source of exports income, it has played a crucial role in Peru’s rapid growth and development into one of Latin America’s leading economies. As the global commodities landscape begins to shift, the industry will need to take care to adapt to a new set of circumstances, but Peru’s stable economic foundation and recent increase in production should allow its mining industry to remain a global leader.

Peru is blessed with extensive mineral resources. One of the 10 most mineral-rich countries in the world, it contains 13% of the world’s copper reserves, 4% of its gold, 22% of its silver, and 7.6% of its zinc. While mining has long been a part of the Peruvian economy, foreign investment in the industry only began in earnest upon the economic reforms of the 1990s. Today, Peru has a legal framework friendly to foreign investment. The government differentiates between surface land, which can be owned by private parties, and subsurface land and mineral resources, which are the property of the government. Private entities can purchase irrevocable mining concessions to extract mineral resources, and these rights can then transferred between private parties. The government assigns a minimum production requirement to each mine, but companies are able to pay a fine to maintain their mining rights. Currently, there is over USD10 billion in FDI in the Peruvian mining industry, which represents over 13% of all FDI. The list of foreign firms with stakes in the country includes some of the world’s largest mining corporations, including MMG, BHP Billiton, Glencore, and Gold Fields.

After the market was opened to foreign investment, Peru’s mineral industry hit its stride in the mid-2000s. A rise in commodity prices and sky-high demand for raw materials from China led to a boom in the sector. The recession that followed led to a fall in demand, but the industry rebounded well to post strong growth in 2010 and 2011. The key development in the industry is the recent rise in production. A surge in new development and construction is scheduled to double copper production, putting Peru on pace to surpass China and become the world’s second-largest copper producer. The growth has come from a two-fold strategy of investment in new mines and expansion and the optimization of existing sites. The Cerro Verde copper mine in Arequipa, long a key copper mine, underwent an expansion that increased the site’s annual production by 272,000 tons, making it one of the five largest copper mines in the world. The expansion is projected to add USD5.4 billion to the Peruvian economy, USD3.4 million of which will directly benefit Arequipa. The success of this project makes Arequipa Peru’s largest copper-producing region, accounting for almost a quarter of the national total. Cerro Verde will not be the largest mine in Peru for long, though: construction is underway at the Las Bambas mine in Apurimac. Operated by Australian-Chinese firm MMG, Las Bambas is a long-life copper mine that will also produce silver, gold, and molybdenum. Including purchase and investment costs, MMG has spent over USD10 billion preparing Las Bambas for operation, evidence of the mine’s flagship role among the company’s holdings. The mine is expected to produce 250-300,000 tons of copper in 2016 while it ramps up to full capacity, then 450,000 tons in 2017.

The rise in production is an across-the-board phenomenon. The Constantia mine in southern Peru began production in 2015 and extracted over 60,000 tons of copper in the first half of 2016, more than double its 2015 rate. Toquepala, located in southern Peru, is undergoing a USD1.2 billion expansion that will double capacity. While concentrated in copper, other metals have seen production increase as well: gold output increased by 5% in early 2106, silver 17%, and molybdenum 21.62%. This production, viewed in conjunction with declining Chinese and Chilean mineral output, demonstrates the industry’s current operational strategy: increase supply to compensate for declining mineral prices, especially copper prices. After reaching a high after the financial crisis, copper prices have been falling for several years since, both in absolute terms and in relation to other commodities. Particularly important for the industry is China’s diminished demand; the Asian nation accounts for 45% of global copper usage, but questions about its future demand have created uncertainty within the industry. The IMF estimates that demand will rise by 9.7% from 2015 to 2020, but a recent Goldman Sachs forecast predicted double-digit declines due to the wave of new supply.

While there are risks in Peru’s increased production strategy, it has several benefits as well. The country’s production expansion might have come at the perfect time; globally, mining firms are struggling to find high-quality deposits, reducing the output and efficiency of their mines and making it difficult to operate because of higher extraction costs. Throughout the current round of expansion projects, Peruvian companies have made sure to focus on optimization. Constancia, for example, is producing well above the expected performance rate for a mine of its size. Ensuring that their operations are running at maximum efficiency allows Peruvian mines greater flexibility and margin for error in an increasingly complicated global market. Copper is still critically important for global industry, and Peru is well-positioned to remain an essential supplier to the rest of the world.

This is not to say that the future is perfectly rosy. There are still significant issues facing the Peruvian mining industry as it tries to further solidify its place in the world. One of the biggest issues facing nearly every mining company is social tension between developers and the surrounding communities. Conflicts regularly flare up between rural and indigenous populations and the foreign firms that want to extract the materials beneath their lands. Peru’s overcentralized government and lack of social services in many of these villages only creates greater animosity between these communities and the mining sector. The costs of these social conflicts have been tremendous—one source reports that they have accounted for the delay of USD21.5 billion worth of mining projects in recent years. The Las Bambas project, for example, faced protests from local farmers and residents who alleged that the company was shirking its environmental responsibilities. The conflict eventually led to the declaration of martial law in the region after three people were killed at a 2015 protest. Additional deaths have occurred in clashes at the Tí­a Marí­a mine in Arequipa, delaying the start of construction.

New president Pedro Pablo Kuczynski has pledged to loosen environmental regulations to allow for more mining development and encourage foreign development. He will also have to deal with the country’s high levels of unregulated gold mining, which is estimated to be the source of about 20% of Peru’s gold output. While an important source of income for many rural communities—one source estimates that the sector employs 40,000 to 100,000 people—it is responsible for immense levels of mercury pollution in the Amazonian environment. Kuczynski will additionally have to deal with the fact that mining simply does not create as many jobs as some other industries. Additionally, Peru is lagging far behind in producing the skilled engineers needed for high-level work on these mining sites; one mining executive noted that Peru only produces 1,500 engineering graduates each year across all specialties. For comparison, Colombia graduates 11,000, Brazil 18,000, and the US 60,000. Addressing the lack of Peruvian talent in the sector is something that could both solidify the country’s status as a leader in the industry and improve relations between mining firms and communities who resent what they see as environmentally disruptive outsiders.