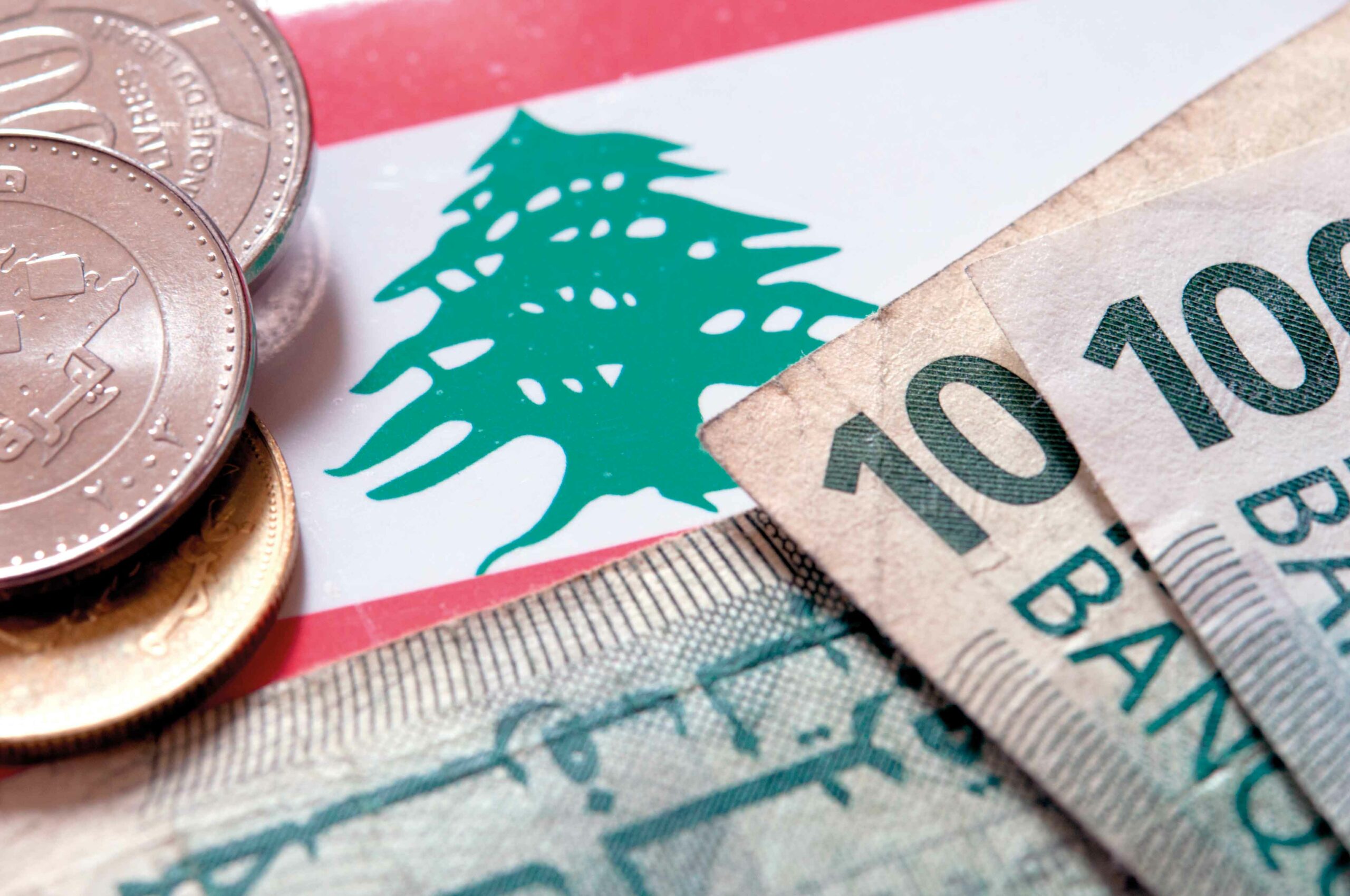 Share on:
Foreign deposits are key to Lebanon's banking system, which has remained sound despite dealing with political turmoil.

It never comes easy for the Lebanese banking sector. Once a Middle Eastern banking hub, the 1975-1990 Lebanese civil war stunted economic activity and led to an exodus of international finance. Aggressive government reconstruction programs helped the sector recover in the early years of the new millennium but also led to significant borrowing from domestic banks, giving the country one of the highest debt-to-GDP ratios in the world. Today, the sector must deal the conflict across the border in Syria, which has created new demands on the government and heightened political tensions, worrying international financial markets and placing ever more demands on the banking sector. Through it all, Lebanon’s banking sector continues to operate with the principles that have made it a regional leader for decades. A combination of free-market policy and strong fiscal regulations have the sector ready to continue moving forward and meet whatever challenges come next.

Lebanon’s banking sector consists of 42 commercial banks, 11 foreign banks, and 17 investment banks that all told make up about 6-7% of Lebanon’s GDP. Despite diminished GDP growth in the past few years (real GDP slowed from ~8% from 2007-2011 to ~1.3% from 2012-2014 and 1% in 2015), the banking sector has been expanding. Bank assets have grown at an average annual rate of 7.6% over the past five years, pushing the sector’s total assets to a value more than 360% of Lebanon’s GDP. The Lebanese diaspora is 10-18 million strong—remarkable considering the country has only 4.2 million residents—and the expat community is a major part of the economy, accounting for around 16% of GDP and over USD7.2 billion in remittances in 2015. Lebanese banks carry some USD32 billion in private non-resident deposits, with the majority coming from expat remittances. These international ties mean that about 65% of Lebanon’s deposits are in US dollars, giving the sector the ability to withstand blows to the Lebanese pound. They also provide a kind of insurance against regional instability by providing a steady supply of foreign deposits unaffected by whatever conflict is affecting the Middle East. “The historical accumulation of high stock of foreign currency assets has shielded the Lebanese economy against crises,” Central Bank Governor Dr. Riad T. Salameh told TBY. “It has acted as an indispensable buffer to continuously protect the Lebanese pound and the overall financial sector from major political, security, and economic shocks.”

The Lebanese central bank has enacted a number of policies around these foreign deposits with the goal of maintaining a stable and trustworthy banking climate. The central bank has pegged the Lebanese pound to the dollar and offers one of the world’s highest interest rates, making the country’s commercial banks an attractive destination for foreigners. Lebanese interest rates are over 5% on Lebanese pound accounts and almost 3% on accounts held in US dollars, rates extremely attractive for accountholders in a global financial environment where standard interest rates are at zero and even negative in some locations.

Lebanon’s financial sector offers high liquidity ratios and robust financial regulations that give international accountholders confidence in the sector’s continued stability in a turbulent region. The central bank mandates reserves of 15% for US dollar deposits and 10% for Lebanese pound deposits. Lebanese banks are also well ahead of the forthcoming Basel III regulatory framework, with 30% average liquidity placed in foreign currency and a capital adequacy ratio already over 12%. September 2016 reports announced that the amount of US dollars at Lebanese banks has dropped by as much as USD2.5 billion as a result of purchases of government euro bonds by local banks. This was done upon the request of the central bank in order to boost its reserves (in both foreign and local currency) and manage its debt through the issuance of new eurobonds. While this gives the central bank greater flexibility than would be expected considering the country’s poor credit rating, the banking sector’s dependence on foreign deposits to finance the government remains cause for moderate concern. Any significant slippage in the rate of foreign remittances would prove disastrous to the health of the sector.

Looking ahead, Lebanon’s banking sector faces continued stresses as a result of the country’s lagging economic growth. Lebanese banks hold over 60% of the government’s TBs and eurobonds, making them the single biggest state financier. Decreased government revenue from private sources has placed the banks in the ever more precarious position of relying on foreign remittances. And the war in Syria isn’t the only regional situation affecting the Lebanese banking sector; other Gulf States and the US have both recently adopted punitive fiscal measures aimed at confronting Hezbollah, the Iranian-backed political party recently declared a terrorist organization. Saudi Arabia cut USD4 billion in planned aid to the Lebanese armed forces, and the US signed a law that imposes sanctions on financial institutions that conduct business with Hezbollah and its Al-Manar TV affiliate. As a result, Beirut branches of Saudi-owned AlAhli Bank were closed in early 2016, and other banks may balk at new stringent financial regulations meant to limit Hezbollah’s ability to fund terrorism. More worrisome is the possibility of other Gulf states expelling Lebanese workers—again, any significant drop in the sector’s foreign remittances would be a shock to already tenuous situation. Reports of individual and company sanctions have already begun to emerge, with one news organization writing that more than 90 Lebanese citizens have been fired from their jobs in Saudi Arabia. Initial fears that Saudi Arabia would withdraw its USD1 billion deposit from the central bank never came to pass, but Lebanon remains in an uncomfortable position.
With all this in mind, Lebanon’s leading financial institutions are taking several concrete actions to lay a foundation for continued success. Bank Audi, Lebanon’s largest bank, has recently made aggressive moves into cashless payment solutions in an attempt to upgrade an often-lacking retail infrastructure. By offering new point-of-sale devices to thousands of Lebanese merchants, Bank Audi hopes to standardize mobile and cashless payments, making its cards the new standard in the region. With more than 6,900 employees, Bank Audi has more than USD41 billion in assets, with the majority of that coming through deposits of USD34.2 billion. It also draws upon a strong regional presence that has allowed it to minimize its risk in Lebanon. With locations in Jordan, Qatar, Egypt, and Turkey, Audi is increasingly taking care to define itself as a regional bank, not just a Lebanese one. In 2015, Bank Audi’s international entities accounted for 44% of its USD403 million in net profits. Growth from its foreign operations increased to 51% of net profits in the first six months of 2016. Bank Audi announced that overall earnings grew by 11.7% from the year before to USD226 million in the first half of the year, figures that included a ROA ration rise from 0.96% in 2015 to 1.09% in 2016. However, during the same time period, Bank Audi’s consolidated assets contracted by 0.8%, largely due to devaluation of the Egyptian pound and limited asset growth in Lebanon. Also worrisome was a $616 decrease in consolidated deposits to $35 billion as of June 2016. Moving forward, Bank Audi will look to create new opportunities for private lending in Lebanon; its consolidated net loans grew by 3% in nominal terms (4.3% in real terms), and 65% of this came from entities outside Lebanon.

Stability will be the buzzword for the Lebanese banking sector moving forward. In September 2016 Standard and Poor’s revised its Lebanon outlook to “stable” and reaffirmed its “B-/B long and short-term credit ratings, writing that continued deposit inflows are expected to “remain sufficient to support the government’s borrowing requirement…despite the difficult internal and external political environments.” The continued risk of deposit slowdowns or further political destabilization still looms large, but Lebanon’s industry-wide commitment to sound financial principles will serve them well in 2016 and beyond.