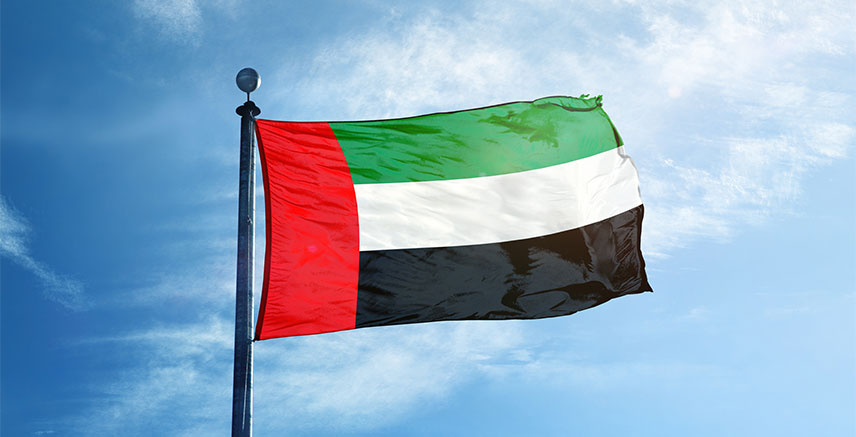 Share on:
Sharjah has transformed itself over recent decades into a core part of the UAE and a center for industry and culture.

Modern-day Sharjah would be unrecognizable to its inhabitants half a century ago, when the sleepy Emirate was a minor regional trading center better known for its Royal Air Force (RAF) airbase and lustrous pears. Oil changed all that. In the subsequent years, Sharjah has undergone a profound transformation under the leadership of HH Sheikh Dr. Sultan bin Mohammed Al Qasimi. In 2016, the Emirate is a regional finance and manufacturing powerhouse, a center of Islamic history and learning, and an important regional partner in trade and diplomacy.

Sharjah’s latest chapter began on December 2, 1971, when it became a founding member of the Union of the United Arab Emirates. This distinction means that Sharjah has an equal vote within the UAE, which gives it a voice in the union’s centralized policy. Federal jurisdiction covers foreign affairs, security and defense, nationality and immigration issues, education, public health, currency, postal, telephone, and other communications services, air traffic control, and licensing of aircraft.

His Highness and the other rulers of the seven Emirates appoint 20 members to the 40-seat Federal National Council (FNC), while the remaining 20 are elected to four-year terms. The first elected members of the FNC assumed their seats in 2006.

Beyond these matters, Sharjah exercises complete autonomy. This explains why legislation regarding matters ranging from property ownership to alcohol regulation varies from state to state—and tend to be more conservative in Sharjah than in, say, neighboring Dubai.

In terms of international diplomacy, Sharjah combines its clout with the other six Emirates to present a united front to the world in many matters. The UAE is bolstered economically by strategic industries such as aerospace, energy, and finance.

The federation of Arabian Gulf countries has positioned itself at the center of the Middle East, Africa, and South Asian region, where its combined economies are expected to be worth USD10 trillion by 2020. As one of the most advanced players in this massive market, the UAE and, by default, Sharjah, are able to continuously capitalize on new trading links with emerging economies.

With Sharjah as an active partner, the UAE has expanded its role on the world stage, participating in and cooperating with organizations ranging from the GCC to the UN, the IMF, the World Bank, and NATO.

On the domestic level, Sharjah is governed first and foremost by HH Sheikh Sultan bin Mohammed Al Qasimi, who has held the position of Ruler of Sharjah since he assumed power in 1972. In addition, His Highness is also one of seven members of the Supreme Council of the United Arab Emirates, president of a number of universities in the Emirate, and has been a visiting professor at universities around the world.
His Highness’ academic pursuits and accomplishments—dual PhDs in philosophy—are central to his style of governance, which prioritizes classical Arab and Islamic values, while concurrently embracing a modern, outward-looking civil society.

Under his tenure, Sharjah’s arts and education have counted on strong government backing, allowing its universities, galleries, and publishing houses to develop the reputation of a much larger country.
The nuances of day-to-day affairs in Sharjah are overseen by two councils, the Executive Council and the Consultative Council. The former was established in 1999 to “assist the Ruler in the performance of his functions, to maintain security and to raise the social and economic standards and social services, and for the setting up of plans to development the Emirate,” according to its official government website.

Briefly, the Executive Council prioritizes economic and security issues. This entails defining policy for government offices under the Sheikh pertaining to matters of economic and social development. The Executive Council follows policy recommendations through the implementation process, providing a single development and oversight organization. This ensures an efficacy that is harder to achieve in countries such as the US, where multiple bodies lobby, develop, enact, and then enforce legal code. Sharjah has streamlined the process.
In Sharjah, the Executive Council defines proposals for the law and decrees, and then refers these to the Ruler and the concerned authorities for implementation. This includes creating government departments and authorities according to the needs of the public. The council then supervises administrative bodies throughout the Emirate.

On the social side, the council is responsible for preserving Sharjah’s cultural heritage and supporting scientific research, the arts and literature, and maintaining the Emirate’s scientific and academic institutions.
Another important responsibility is preparing the annual budget of the Emirate for review by the Sheikh.

The Consultative Council made headlines earlier in 2016 when Khawla Abdul Rahman Al Mulla was elected as the first woman to hold the position of Chairperson on the Sharjah Consultative Council. In this historic vote, citizens went to the polls to select 21 candidates out of a total of 42 members.

The remaining positions were chosen by His Highness Sheikh Sultan Bin Mohammad Al Qasimi. “This is a celebration of democracy and this crowning moment has arrived after a journey of 16 long years and a lot of hard work,” Dr. Al Midfa, Head of the Media Committee of the Sharjah Consultative Council elections, told local media.

If there seems to be overlap between the executive and consultative councils, its stems from their core functions both being to assist the Ruler, and there are in fact overlaps. Both organizations, for example, are intimately involved in the Emirate’s legislative process; however, the Consultative Council carries more weight on the review side. “The Council works together with the different government departments in reviewing the laws and its amendments,” reads the council’s official description.

Under the guidance of HH Sheikh Sultan Bin Mohammed Al Qasimi, Member of the UAE Supreme Council and Ruler of Sharjah, the Emirate has become a cultural capital, and was designated as the Capital of Arab culture for 1998 by UNESCO. Sharjah again attained the title of the Capital of Islamic Culture in 2014, in recognition of its contributions in preserving, promoting and disseminating culture throughout the Arab and Muslim world. The title was also in recognition of the cultural projects undertaken by the Emirate.
The Emirate also bestows a number of cultural awards, including the Sharjah Award for Arab Creativity, Sharjah Award for Literature, Sharjah Award for Research, Sharjah Award for Arab Culture-UNESCO Awards, Sharjah International Book Fair and Theatre Awards, and other awards that recognize excellence in publishing in the fields of knowledge and creativity.

Sharjah also places development of human potential at the center of its social policy. His Highness, in contrast to the majority of regional policy makers, prioritizes intellectual development among Sharjah’s citizenry, placing this objective alongside development of physical infrastructure.’

These policies aren’t cheap. The 21 projects implemented in preparation for 2014’s selection as the Islamic Culture Capital ran up a price tag of AED1.5 billion. Under His Highness, government spending was distributed amongst new universities, monuments, Islamic parks, traditional markets, museums and libraries, as well as scientific and architectural edifices.

Sharjah International Book Fair (SIBF) 2016 will return for its 35th edition in November. The SBIF is the third largest event of its kind, and takes place at Expo Centre Sharjah.

Sharjah Media Corporation (SMC) also recently launched its new TV channel, called Al Wousta from Al Dhaid. The station is dedicated to the Central Region of the Emirate of Sharjah. Al Wousta provides a platform for the SMC to promote Sharjah’s cultural message. The new channel will connect viewers around the world with the Emirate’s heritage, culture, and traditions of the Central Region, highlighting the nature and archaeology of the region.