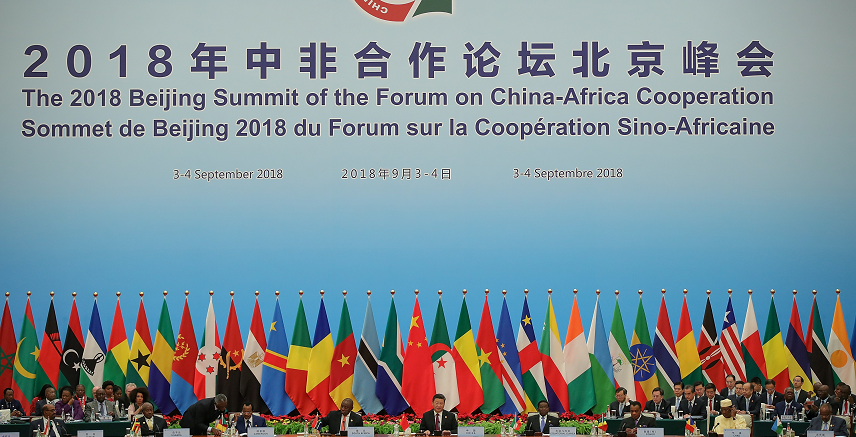 Share on:
As China moves to repackage African debt as “securities“ and sell it to investors worldwide, African nations are becoming increasingly hooked on Chinese loans and in serious risk of default.

It has now been 16 years since China started to change the way it engaged with nations on the African continent. In contrast to the long standing US strategy for the region, based on foreign aid and limited business relations focused almost entirely on extractive industries (oil, gas, mining), China took a more hands-on approach.

China has been facilitating loans for infrastructure development and moving thousands of workers through hundreds of companies to the continent, particularly in East Africa.

Across the continent, nation states jumped on this cash source, asking few questions and made billions available through China Eximbank and other financial institutions.

The result, out of the USD417 billion in African debt, today, around 20% is owed to China. Between 2006 and 2017, the Asian nation flooded the African continent with over USD132 billion in investments and loans, mostly directed at building roads, railways, ports, and power generation infrastructure, making it the biggest creditor country to Africa.

This week, a leading Chinese financial conglomerate, fronted a proposal to buy that debt from the government and repackage it as securities, to be traded on the international stage.

This would give players like investment funds and pension funds a low-risk interest-yielding long-term investment asset, all the while liberating a lot of capital for new investments in infrastructure development.

In practice, this plan will see the Hong Kong Mortgage Corporation (HKMC), an insurer, buy a diverse number of infrastructure loans in 2019 and repackage them as securities, “recycling” commercial banks’ capital for new greenfield investments. These debt baskets would then be sold to international investors.

The thing is, more available capital to lend might not be what the African continent really needs from the Chinese. As it stands, East Africa alone has a compiled debt of almost USD30 billion. Ethiopia leads the list holding a whooping USD13.73 billion in debt to China, around 17% of the USD80 billion in GDP it recorded in 2017.

A shining example of how this relationship has come to be is the Addis Ababa-Djibouti freight railway connection, which opened earlier this year. At a cost of USD4 billion, the railway came online a year later than expected and has, so far, far under-performed on its transportation targets. This is a serious issue for the Ethiopian Railway Corporation which owns the project and needs to secure income to repay its debts, as well as, the Ethiopian government.

Issues with power reliability, collisions with wild animals, and the fact that the stations at both the beginning and end of the line are quite far away from the cities’ centers, besides its unpredictable schedules, are pinned as the main issues behind the lack of performance.

Similar issues plague projects in Kenya, Zambia, and Uganda. This has led to a number of African nations requesting the restructuring of their debt.

In September, Ethiopian officials announced they had reached an agreement with China to extend the payment terms of the debt related to the railway project from 10 to 30 years, at more affordable terms. Similar agreements have been reached over time across the region. In many instances, China has even agreed to write off part of these nations’ debts.

While China repeatedly stated that it is not using debt as a weapon to hold African nations hostage, the level of dependency on the Asian colossus says different.

To be sure, East Africa is an important cornerstone of China’s Belt and Road Initiative and the financing of so many important projects across the continent has changed the profile of China in the eyes of African leaders and has generally increased its influence in the region.

However, this is an expensive position to maintain. The China Export and Credit Insurance Corporation, for instance, China’s main project insurer, has lost over USD1 billion in the Ethiopian-Djibouti railway project, and has raised questions on the viability of some of the infrastructure projects being financed and secured by China in Africa.

Selling that debt to international investors might be a good way to gain a bit of liquidity if the dragon’s hug stretches too far, but what it means for African nations is still unclear.