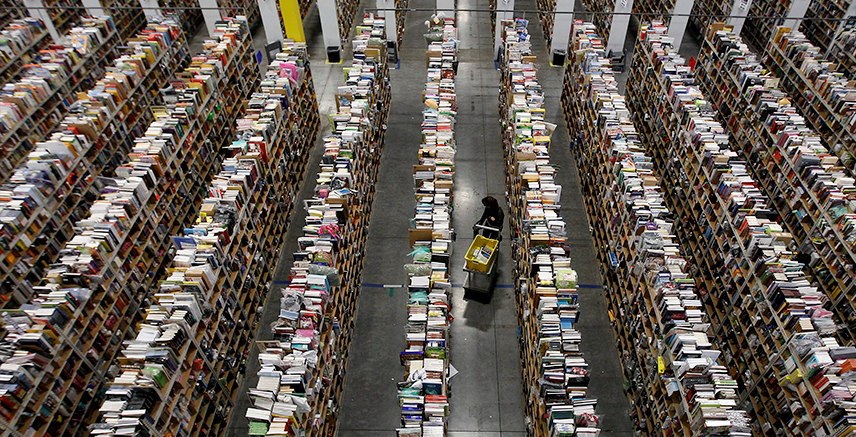 Just in time for Christmas, we assess the four biggest competitors to online retail behemoth Amazon.

Even though Jack Ma’s empire is pushing to expand across the globe, China still represents around 70% of its total revenue.

E-commerce is growing dramatically in the world’s most populated country.

According to a reported published by the Ecommerce Foundation, online retail in China has increased by an average of 15% annually since 2010, a trend that it is expected continue in the short-run.

Alibaba has over 500 million active monthly users for its different online shopping apps, with year-end 2017 revenue growing by 56% on the previous year, according to its most recent results.

However, Alibaba is not the only big player in the e-commerce show in China.

Other local firms such as JD.com and Tencent are exhibiting strong growth, presenting fierce competition to any new company planning to enter this market.

Created in 1999, the company has expanded aggressively across the continent and, as a result, has become the most important online retailer in Mexico, Brazil, Argentina and Colombia.

Under the ticker symbol MELI on Nasdaq, Mercado Libre went public in 2007. And its share price has soared steadily since then, jumping from USD28.5 million to near USD288.5 million in late 2017.

With a population of nearly 500 million people living in Latin America, the company’s net revenues have grown as the firm has continued to enter new markets, while internet penetration has also increased.

India is the second most populated country after China, and its population of 1.3 billion remains an attractive prospect to many international investors despite the fact that most of its people live below the poverty line.

Though only 34.4% of the Indian population has access to the internet, this figure represents around 400 million individuals, with much potential to continue expanding as penetration soars.

Flipkart is the big fish in in the e-commerce market in the subcontinent, and has fattened up after eating up many of its competitors.

The company was founded in 2007 and has bought nearly a dozen firms in the last decade, ranging from mobile payment start-ups to rivals such as Letsbuy.com, an online electronics retailer that no longer exits.

This year Flipkart merged with eBay India’s operations, becoming the largest firm in the fastest-growing online market in the world, according to a study conducted by Forrester.

In its most recent funding round, the Bangalore-based online retailer raised USD1.4 billion, and it has been valued at USD10.2 billion.

Nigeria is Africa’s biggest economy and its most populated country with around 170 million people. Additionally, its internet penetration rate is close to 47% of the population, which is above the continent’s 31.2% average.

These three factors have combined to turn Nigeria into one of the most fertile regions for the online retail boom in Africa. In 2015, the country’s e-commerce business was valued at USD13 billion, although it is expected to continue growing as more people gain access to broadband mobile internet.

There are two companies tangled in a battle to become the leader in this market: Konga and Jumia.
Konga was launched in 2012 and has been able to raise over USD 75 million from investors since then. Naspers, the biggest media corporation in Africa, has a 40% stake in the firm, which is solely focused on the Nigerian market.

On the other hand, Jumia is another important player in this market. It was also established in 2012, and is owned by European start-up incubator Rocket Internet. Jumia does not only operate in Nigeria but also in some Middle Eastern countries.

Even though its growing internet penetration rates are expected to bring new online buyers, Nigeria has two problems to ease the development of this industry.

The first challenge, as in India, is poverty. Less than 1% of the country’s population are estimated to be using online shopping.