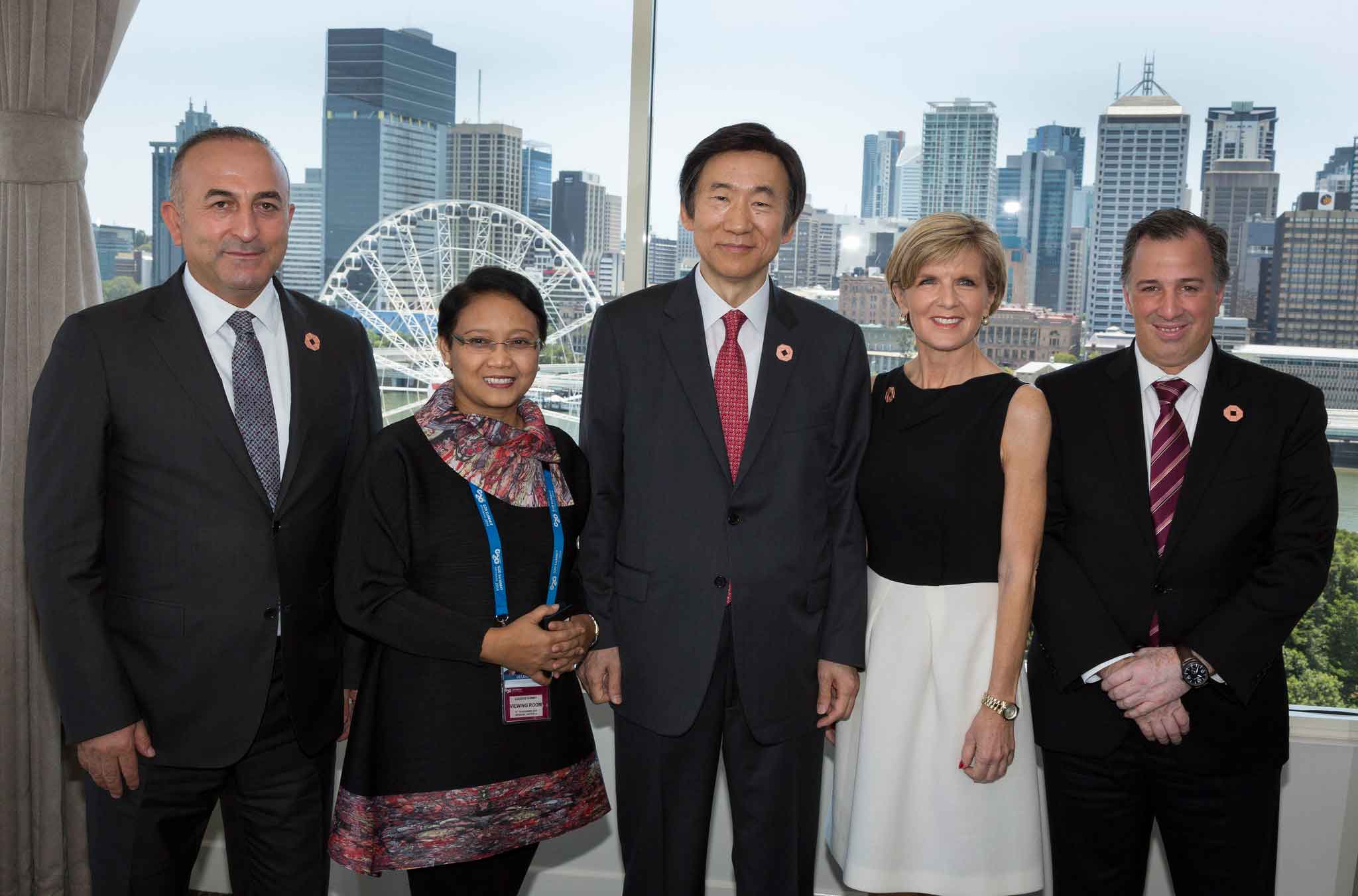 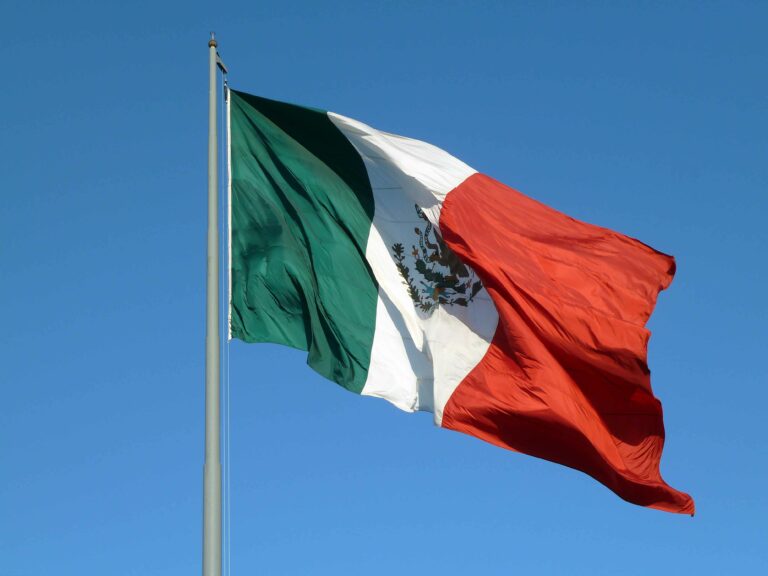 A number of international agreements established by the government have helped to propel Mexico into a promising emerging market.

From among the herd of acronyms symbolizing international treaties and organization such as the TPP, NAFTA, and the OECD, a new name in the headlines symbolized Mexico’s growing role in global governance and trade. The new group, Mexico, Indonesia, the Republic of Korea, Turkey, Australia (MIKTA), is a is a consultative forum based on mutual interests and values. It is a flexible and informal platform, aimed at advancing the common interests of the international community.

On the domestic front, President Nieto’s reforms played out with mixed success, with meaningful change in the energy sector, and less success in education reform. In the latter, a powerful teachers union and organized protests have delayed important testing and standardization of education in the country, in spite of strong support from the general public. Towards the end of 2014, it became clear that a broad opposition was forming, calling into question not only the immediate political outlay of the country, but the long term prospects for President Nieto’s reforms.

Important elections also took place months later, with the electorate delivering a shot across the bow to the administration, in a move that was interpreted as an affirmation of Mexico’s need to effectively root out corruption rather than a referendum on the reforms themselves. Regarding this matter, President Nieto has his hands full, and it remains to be seen to what extent his economic reforms will play out in the civil sphere.

Widespread demonstrations in the wake of the disappearance and murder of Mexican students, economic dissatisfaction, and resistance to reforms have promoted an image of instability that is, fortunately not reflected in economy or political reality. From the economic standpoint, the overall failure of NAFTA to deliver the growth that economists anticipated has generated dissatisfaction amongst the 52.3 million Mexicans that still living in poverty, some 8.2 million of which are indigenous people.

Depressed oil prices and peso devaluations further impinged upon the state’s ability to deliver public welfare to the aforementioned demographic. At the same time, the reforms have yet to deliver the growth that the Nieto administration promised instead registering a disappointing 2.1% in 2014.

Domestic challenges have not restrained international efforts to promote Mexico’s agenda abroad. The Nieto administration has been on the forefront of two important international agreements the Trans Pacific Partnership (TPP) and the new climate action plan to the UN Framework Convention on Climate Change (UNFCCC). While interesting bedfellows, these to efforts represent the forefront of international diplomacy.

Mexico’s UNFCCC proposal made it the first developing nation to do so, and the nation promised to cut greenhouse gas emissions by 22% and black carbon 51% by 2030. In line with these goals, analysts expect carbon emission to peak in 2016, and the draw off in line with emissions reduction goals. For a developing nation, Mexico is already remarkably advance in its efforts to reduce carbon emissions, and is presenting itself as an international example. While these treaties are still awaiting international ratification, plans such as a $9.3-billion low-sulfur fuel plant and a Metrobus system expansion by PEMEX to further cut carbon emissions show that the country is serious about the environment.

Four important outcomes of the June 2015 elections are worth considering, as they will have long-term implications for the country’s international and domestic politics:

Firstly, in keeping with a seemingly universal trend, midterm elections like the one held this June attract a low turnout, and in Mexico this is the case as well. And while the percentage of Mexicans that made their way to the polls was still low, at 48%, attendance was well up over the previous 41.7% and 44.7% in 2003 and 2009 respectively. For comparison, 36.4% of Mexico’s northern neighbors turned out to support their respective congress people, despite billions in campaign spending and non-stop political advertising.

Of these votes, the parties representative of the political establishment garnered a combined 50% of the votes. The Institutional Revolutionary Party (PRI) won the most, at 29% while the National Action Party (PAN) pulled in just over 21% of the vote. However, both parties lost senators to opposition parties.

In some areas, incumbent mayors and governors were trounced by challengers who rode a wave of discontent, attracting votes from Mexicans that felt that the reforms failed to adequately address corruption, especially on a local level. In the Congress, minor parties saw their representation almost double from 70 to 132 with left-wing parties doing especially well. Other pundits pointed to sluggish economic growth and drug related violence as catalysts for this shift in public sentiment.

One of the major legacies of President Nieto’s term in office will be the reforms that are taking place, specifically in energy and education. In the energy sector, the reforms have largely been met positively. The reforms will open up the sector to foreign companies for the first time in 77 years, and are largely expected to revitalize an ailing sector. While assets are not being privatized, the reforms will allow foreign companies to participate in the nation’s vast oil economy, including its offshore and unconventional fields. Pemex will relinquish its monopoly of the sector but will remain the dominant player. Along with its oil reserves, the secondary laws signed into place on August 11, 2014 allowed private investment in the country’s natural gas and power generation sectors. This means that Pemex can now partner with international companies to reduce the burden on its own finances while also bringing in valuable expertise to the country. The reforms will turn Pemex into a productive state enterprise with more autonomy and a lower tax burden than before. It will also make it subject to competition with private investors, something that should benefit the company. However, while foreign investors and many in the country praise the reform, leftists and environmentalists oppose the reforms and fear profits will leave the country and not benefit the citizens while also damaging the environment. President Nieto won over the people with the reform by stating that household energy prices for the average Mexican will fall due to increased competition; however, many have voiced concern that unless new regulations are properly enforced it is unlikely any prices will fall. Still the government has responded numerous times stating that the reforms will benefit everyone in the country, not just the oil companies.

Another set of reforms introduced recently have been in the educationsector. While the energy reforms have generally been welcomed, the education reforms have proven quite the thorn in Nieto’s side. It is widely understood that the education sector has stagnated and standards need to be improved; however, how this is done is what is causing the problem. President Nieto wants to take back control from what he sees as an overpowered education union, the National Union of Education Workers (SNTE). In the reform, signed into law on February 25, 2013, an autonomous agency was established to evaluate each teacher and set up competitive rules for entry into teaching and any promotion following. This in turn should strengthen the core teaching base of the whole system. The government wants to move away from the previous system where it has been known for jobs to be sold or inherited and teachers effectively becoming unsackable no matter how poor their performance. Under the new system, any teacher who fails the assessment would face the sack. While this seems simple enough, the SNTE was naturally not pleased and has staged mass protests and strikes, at times bringing parts of Mexico City to a standstill. Some more radical protesters have been attacking government buildings and clashed with the authorities, especially close to the elections in June when thousands of police and soldiers were brought in to ensure the elections went ahead. A set back to the reform came in May 2015, when the Ministry of Education said that the cornerstone of the reform, the teacher assessments, would be halted indefinitely. This decision came following weeks of violent protests across the country and was threatening to undermine the President’s power just weeks before the election. Whether the assessments will continue now the elections are over remains to be seen, but it appears for now an uneasy stalemate remains.