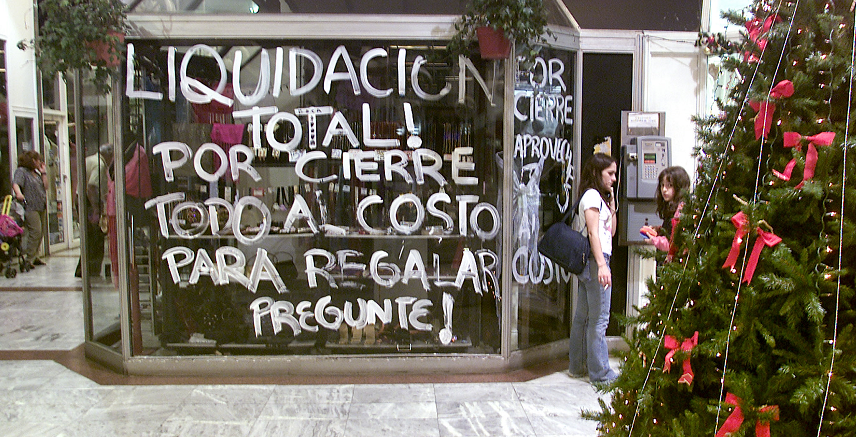 A massive sell-off of the peso followed, which in turn led to a -1.8% contraction of the economy in that same year.

Despite IMF attempts at restructuring, the first two quarters of 2019 weren’t exactly promising either.

When it comes to economic and political chaos, Argentina stands as a classic case study.

The government has long been battling poverty and unemployment, issues that are expected to increase by about 10% by the end of 2019.

High tension between the private sector and the trade unions—who still have quite a say when it comes to social issues—have been worsening.

Add to this decreasing consumer confidence, a depreciating peso, and uncertainty about the future, and one would be forgiven for thinking that Argentina’s retail sector is not in a position to grow.

But every tragedy brings opportunity. Here are two areas that could see growth within the Argentinian retail sector in 2019.

The conventional purchasing journey has changed fundamentally since the adoption of mass communication channels and social media.

People now talk about anything and everything related to how much they pay for a product, the positive and negative attributes of the products, and their customer experience online.

This changed purchasing behavior and the rise of online shopping mean that research prior to buying is now a natural part of the process for most consumers.

Statistically speaking, around 80% of consumers do online research before engaging in buying anything, and this habit has given a birth to a new trend: paying less and bragging about it on social media.

Due to the decrease in purchasing power in Argentina, 2019 is going to be yet another year of price sensitivity where the consumers tend to spend less and budget more.

This is when the mobile applications that offer price comparison come into play. These applications allow users to scan the barcode of almost any product and compare all the best prices for it on the internet, on their database, or at nearby stores.

One example to this kind of application is ‘Price Savvy,’ which has more than 100 million downloads and over 50 million product scans a month.

In the countries where ‘Price Savvy’ is used extensively, the retailers must respond to this trend by making daily or monthly offers, and sometimes they even sell below profit margins just to retain customers and create loyalty.

In an economic recession like the one being experienced in Argentina, one in which inflation rises consistently and exceeds salary increases, people are not able to buy what they choose but rather what they can.

Naturally, this means that discount sellers will continue to dominate the retail market in Argentina.

At the moment, DIA is the biggest player, and heavily invests in Argentina which is not a surprise given that 52% of DIA’s total revenue is gathered in Latin America.

Secondary brands are the products produced by big-known brands at lower prices, but still associated enough with those established brands to create brand loyalty.

In the case of Argentina, this strategy has been successful, and DIA is a perfect example of this.

In 2018, DIA decided to acquire 14 Walmart stores which had opened some years before, with the intention of competing with convenience stores by selling private label products.

At present, DIA seems well on its way to becoming the monopoly in the discount retail market.