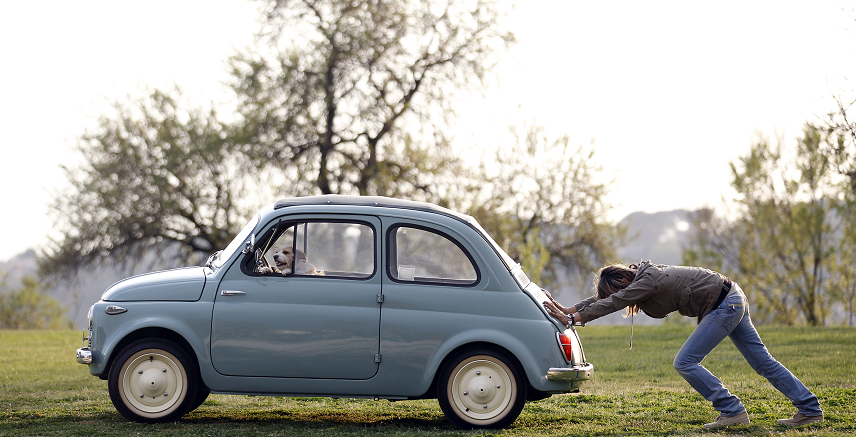 Share on:
e-Cars are set to rule the roads in the 2020s, bringing about a long-awaited leap forward in the auto industry.

Technology commentators have long bemoaned the fact that cars have barely developed—at their core—over the last few decades, despite all the bells and whistles that have been added.

Of course, on the surface, things have changed a lot.

Under the hood, however, things have not improved that much!

Most cars which drove out of automobile dealerships in 2019 did so with the help of an internal combustion engine.

The internal combustion engine is essentially a Victorian piece of machinery—a legacy technology, whose basic design has remained more-or-less unchanged since the 1900s.

The functionality has not improved as much as one would expect, either, as James May, the auto journalist of “Top Gear” fame put it: “The problem is that cars are creakingly pedestrian by the standards of everything else we do. They are barely faster now than they were when I was a child. Meanwhile, even tin openers are geared for higher speeds now than they were in the 70s.”

But do not lose faith in the auto industry just yet as there are a number of reasons to believe that change is underway.

There is a good chance that before this decade is out, we will finally have cars which are qualitatively different from everything we have experienced so far.

Our best hope for saying goodbye to the old, unclean, and noisy internal combustion engine is going electric—which is not exactly news to anyone.

However, electric vehicles (EVs) are gaining in popularity and practicality, and will possibly become the norm in the 2020s.

Many big players in the auto industry are revising their business models to accommodate the inevitable transition to the era of EVs, while investing millions in their R&D units which are almost exclusively focusing on electrification.

The Swedish automaker, Volvo, introduced its first fully-electric car in October, 2019, in Los Angeles, promising that the XC40 Recharge will be the first in an entire lineup of EVs.

The automaker has also pledged to phase out all petrol-powered engines in the 2020s, electrifying 50% of its output by 2025.

Volvo’s XC40 Recharge will be up for grabs later this year. But 2020 will see the going on sale of electric models by many other automakers, as well.

According to the Car Magazine, some 34 EVs will hit the road in 2020, including the Fiat 500e, Vauxhall Corsa-e, Peugeot e-208, Honda e, and Kia e-Niro. Seemingly, the affix “e” will be an expected component in the naming of many models launched in 2020.

These models will be priced within the means of the customer base of companies like Peugeot or Kia, mainly formed by middle-class citizens who do not have particularly deep pockets.

One knows a concept has truly taken hold, after all, when it becomes affordable for the masses.

But even supercar manufacturers such as Porsche are going electric. The German brand will introduce its first all-electric luxury car, Porsche Macan EV, later this year.

What makes the new wave of upcoming electric models a real alternative to petrol-powered cars is their range. Thanks to developments in electrochemical batteries, new EVs can truly go the distance, even as far as 400-500km on each recharge—which is more than most cars can do on a full tank.

According to Bloomberg New Energy Finance, the manufacturing cost of electric car batteries will drop by over 50% by 2025—from USD176 per each kilowatt-hour of capacity to USD87)—thus further increasing the range, and therefore, practicality of EVs.

With the issues of range, cost, and availability out of the way, the coming of age of the electric car is almost complete, though there is still one single bottleneck: charging points.

EV charging points may not be as accessible as petrol stations across urban areas and along intercity roads, and to make matters more confusing, the required voltage, connector, and cable might vary from one model to another in the earlier years of the technology.

But, the charging infrastructure has been expanding in recent years. Almost all stations are now compatible with de facto plug standards such as CCS and CHAdeMO, often allowing rapid 25-99kW charging.

Powering up your car in five to 15 minutes is quite an improvement over the old 3-7kW overnight chargers which many potential customers found discouraging.

Public charging points can now be spotted everywhere in developed economies. By January 26, 2020, the UK was served by 10,766 public charging locations equipped with 17,407 dispenser devices, some 544 of which—meaning 3.12%—had been added over the last 30 days.

An expansion of roughly 3% in the charging infrastructure in the UK even before the first month of 2020 is over, should leave no one in any doubt that electric cars are the way to go, especially as similar trends can already be observed in continental Europe, the US, and some developing economies.