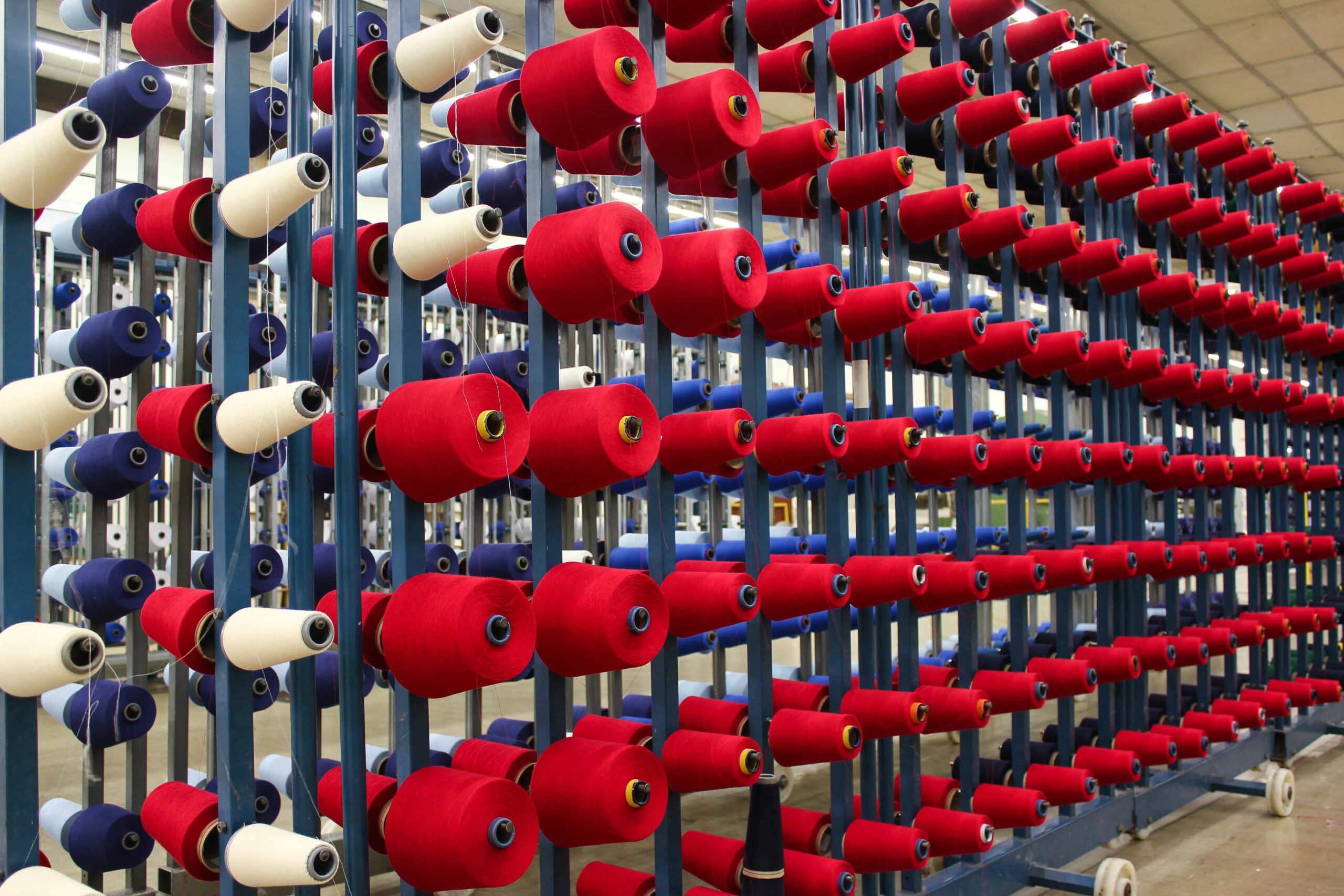 Share on:
With a tricky 2014 now behind it, local manufacturers and the government are looking to transform the local manufacturing base and grow, with R&D rising in prominence.

As a country more associated with mineral and metals exports, Peru’s manufacturing sector can somewhat be lost in the crowd. However, while times have been tough for manufacturers competing with cheap imports from Asia, Peru’s National Society of Industries (SNI) is predicting 4% growth for the sector over 2015, much as a result of higher commodities exports and an improved outlook for the fishing sector. Early indicators of industrial sector growth in 1Q2015 appear to reflect this, much as a result of the measures taken by the government under its National Productive Diversification Plan (NPDP) announced in 2014 and through a steady course of bureaucratic streamlining to reduce the red tape manufacturers face.

Over 2014, the manufacturing segment’s share in GDP contracted by 3.3%, falling from around 15% of national output to 14.2% by year-end 2014. Much of the contraction happened in 4Q2015, with the Central Reserve Bank of Peru (BCRP) reporting a quarterly fall of 9.9% for manufacturing activity in GDP terms, though the beginnings of the slow down had already started to be felt in 2Q2014, when a drop of 3% was reported. Equally worrying was the shrinking size of capital goods being imported into the country, down 5.4% from $13.65 billion in 2013 to $12.91 billion by the end of 2014. While capital goods imports are not a perfect indicator of the health of the manufacturing sector in Peru, a certain level of correlation can be noted. The sharp drop in manufacturing activity was even more pronounced in the manufacturing based on raw materials subset, with annual activity falling some 9.7% for 2014, while in 4Q2014 the rate was an even more concerning 30.7%. The fall appears to be mirrored in the fishing segment of the economy, which fell some 27.9% over the year, and an even more concerning 60.8% in 4Q2014 in YoY terms.

A poor fishing season, with warm water temperatures reportedly depleting anchovy stocks, seems to have not only knocked the wind out of the primary industry side of the economy, but also affected the manufacturing sector, where transformative value-adding for fish by-products was subsequently affected. In comparison, the annual fall in manufacturing output for industries not dependent on primary inputs was a more modest 1%. In a year in which GDP growth slowed to just 2.4%, the cool down in manufacturing also played out in the mining sector, a critical part of Peru’s export base.

By May 2015, the Minister of Production, Piero Eduardo Ghezzi Solí­s, was more upbeat on the sector’s growth potential, predicting annual growth of 3% to 4% for Peru’s manufacturing segment. With the fishing season returning to form, fishmeal producers will likely be able to ramp up their production to more normal levels, thus improving the overall growth outlook for the manufacturing sector. And this appears to be happening, as at end-April 2015, the outlook for the manufacturing sector was on the mend. With GDP growth coming in at 4.3% in YoY terms, manufacturing sector growth was up by 6.1% over the same period. Much of the growth was a knock-on effect, with the fishmeal and fish oil segment getting a boost from the higher anchovy catch. In fact, the fishing sector alone grew by some 154% YoY. According to Peru’s national statistics agency INEI, manufacturing supported GDP growth by 0.66 percentage points in the period until end-April 2015.

Economic diversification, especially for micro enterprises and SMEs, has risen to the top of the government’s agenda under the NDPD. And for good reason. According to INEI, some 93.91% of all manufacturing companies were micro enterprises in 2013, while small companies accounted for another 5%, and medium and large-scale enterprises made up another 1.08%. The remaining 0.1% accounted for by public administration agencies. However, when looking in terms of employment, large-scale industrial enterprises represented 69.5% of all workers, or 313,457 employees, with small-sized companies coming in next at 119,818 (26.6%) of the total, and medium-sized businesses at just 17,674 (3.9%). However, these totals may be the subject of considerable underreporting, especially at the small to medium enterprise level, due to the ongoing presence of informal employment in the country. In a report released in 2014, the International Labour Organization (ILO) estimated that by end-2012 some 68.6% of the non-agricultural labor force was in the informal sector, thus escaping the standard statistical net. Although the rate of informal employment was estimated at 30% for enterprises with more than 10 workers, in workplaces of one to 10 employees this rate was a more significant 80.7%. Though these numbers are reflective of the entire non-agricultural workforce, including the service and mining sectors, they are indicative of the potential level of informality in the industrial segment as well.

In terms of structure, INEI estimated that the textiles and leather goods sector was the leading manufacturing segment in 2013, representing 32.22% of industrial activity, followed by food and beverages at 16.75%, metal fabrication 15.27%, and the wood and furniture industry at 15.17%, with paper, printing, and media rounding off the top five at 12.13%. It should be noted that unlike the BCRP, INEI tends to place transformative fishing activities and chemicals output under separate categories, reflecting a different methodological approach.

According to EY’s Business and Investment Guide 2014-15, some 95% of all Peruvian exports are covered under the preferential terms of its trade agreements, especially the free trade agreements, that it has with 53 countries. While this bodes well for its traditional exports, which are mostly of a primary industry nature, this means that local manufacturers have to work that much harder to not only strive to add value to Peru’s exports, but also compete in the local marketplace. The upcoming Trans Pacific Partnership agreement, which is still being rolled out, may offer a more diverse marketplace for Peruvian manufacturers. With the 12-member alliance, Peruvian exporters will have greater access to some 40% of global GDP.

IENI’s initial estimates for 2014 for industrial exports indicate that the textiles sector recorded $1.05 billion in exports, down some 9% in YoY terms. The chemicals sector had a better run, improving its export levels by 1% to $979.55 million, while the metallurgy and mechanical category saw stronger 7% growth to $545.78 million in export sales. Iron and steel exports were equally down some 7.1% over 2014 to $361.39 million. One of Peru’s main free zones, Zona Franca de Tacna located in the south of the country, recorded $349.33 million in exports over 2014. After excluding the “other” category, which technically came in as the fourth largest export category, heading the top five was the footwear segment at $119 million, and this figure represented around one-third of all exports from the free zone. Next was alcohol production, at $49.78 million (14%), followed by clothing and textiles at $37.27 million (10.7%), automotive vehicles at $27.30 million (7.8%), and plastics and rubber at $15.66 million (4.5%).

In July 2015, the government launched the NPDP amid a sluggish economy. In many respects, the timing could not have been better as it arrived at a time when those involved in manufacturing were more mindful of the need to diversify their activities and shift Peru away from its traditional export mainstays of mining and agriculture. Also, it saw the need for Peru to end its reliance on low value-added, primary-sector-led manufacturing and encourage locals to move up the chain to create products both for the domestic and export market that could reduce the country’s import bill. At the core of the plan is recognition of the valuable role that micro and small enterprises play as both employers and business generators, but also express the understanding that if such enterprises do not make best use of modern production techniques and technologies they may easily fall by the wayside. As part of the NPDP, technology centers that will target micro and small enterprises will be rolled out nationwide. In an interview with TBY, Minister of Production Piero Eduardo Ghezzi Solí­s explained, “we have created the Centers for Technological Innovation (CITE), which aims to support in technology transfer to SMEs. Currently, Peru has five centers, however, our goal is to reach at least 30 in 2015 and 47 in 2016.”

While the government has also tasked itself with reducing bureaucratic red tape, it has also sought to improve the ability of smaller enterprises to better use their receivables as working capital. In July 2014 the Peruvian Congress passed legislation that would finally allow small enterprises to utilize factoring channels in addressing their receivables, especially ones of a more difficult-to-collect nature. The effect of this legislation is still too early to be seen, but it in theory would allow enterprises to improve revenue and working capital levels by making receivables collection more efficient and effective.

To address the other issues at hand, the government is creating a framework of funds and incentives to encourage larger enterprises to increase their investments in research and development (R&D). With R&D representing just 0.1% of GDP in 2014, the need to boost this rate to even meet the 0.4% average for Latin America, according to the OECD, will be quite a task. KPMG estimates that the government has channeled some $400 million in R&D spending and incentives in recent times, with $100 million of that streaming through the Financiamiento de Proyectos de Innovación (Fincyt) program. Other means to encourage local industry are also being refined. The government is looking to increase local procurement levels by state agencies. “If a government institution requires something that the local industry can provide, it should do so,” as the Minister of Production told TBY. At the same time, increases in public infrastructure spending since the start of 2014 have been designed to improve the overall transport and utilities matrix for enterprises. Some 6% of government outlines have targeted infrastructure spending in recent years. While these short-term measures may see long-term results, reforming manufacturing will take time.