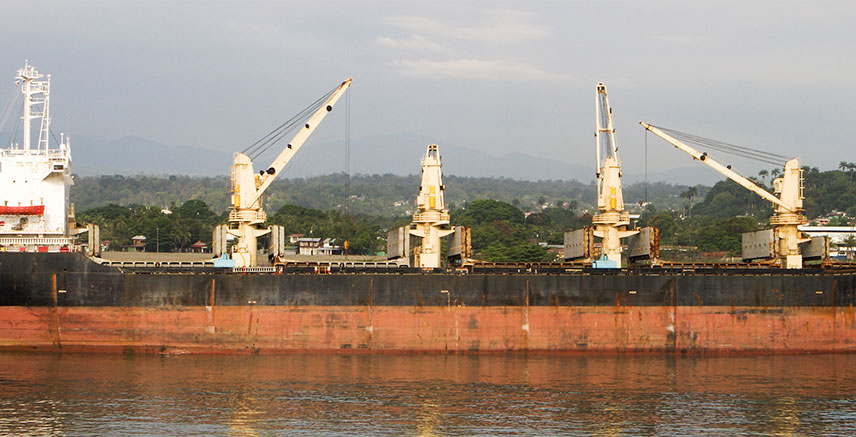 Share on:
Costa Rica is undertaking the largest infrastructure project in the country's history with the development of Moí­n Container Terminal.

With the much-anticipated completion of the next step in the Panama Canal expansion saga, larger ships will soon be arriving at the ports of Central America along the Caribbean Sea looking to settle and deliver their goods. In many cases, however, the current infrastructure in place at many of the ports in the area is insufficient. At about 160 nautical miles from the entrance to the Panama Canal, the Caribbean port of Limón-Moí­n first exceeded 1 million TEUs in 2012, a volume six times larger than the next largest Costa Rican port, Caldera, which is located on the country’s Pacific coast. The current port of Limón-Moí­n is limited to a lateral side of 9m and, therefore, container ships of about 2,500 TEUs. This creates a limit to the port’s current maximum processing capacity and inhibits the potential of Costa Rica to benefit from the expansion of the Panama Canal and the resulting increased traffic of larger ships moving through the Canal that can carry up to 4,500 TEUs.

Export revenues account for approximately 40% of the small Central American nation’s GDP. Costa Rica is currently the world’s largest exporter of pineapples, the second-largest exporter of bananas after Ecuador, and a major exporter of sugar, beef, and coffee, yet the country faces numerous challenges in presenting attractive opportunities to continue developing this area. Costa Rica shipped 933,800 tons of pineapples in the first six months of 2015, 473,000 tons of which were exported to the US.

The opening in 2016 of the newest phase of the Panama Canal expansion megaproject will bring with it numerous opportunities for neighboring countries, although the issue of adequate complimentary infrastructure remains a key concern in Costa Rica. Recognizing this unmet need, APM Terminals placed a bid and won in 2011 a 33-year concession from the federal government of Costa Rica to design, finance, build, and operate a new container terminal in the city of Moí­n. This APM Terminals partnership means that it assumes nearly all risk of the $992 million terminal project. Moí­n Container Terminal is the largest infrastructure project in the history of Costa Rica and aims to support the growing industry of agribusiness exports as well as the active manufacturing sector. APM Terminals committing such a level of capital investment reflects its confidence in the potential of the economy of Costa Rica.

The new Moí­n terminal is designed to quadruple the port’s current capacity, allowing for the processing of an estimated 2.5 million TEUs annually by 2030 according to the project’s master plan. The first phase of the project is an island of 40ha 500m from the Caribbean coast with 600 meters of quay, a 1,500m-long breakwater, a 16m-deep canal, six electric-powered STS cranes for containers, and 29 electric-powered Rubber Tire Gantry Cranes. The terminal is expected to be operational by the beginning of 2018, with targets for preliminary tests by September 2017.

According to a study by QBIS Consulting, Costa Rican production could grow to $2,900 million and 147,000 jobs could be created across the country within eight years of initial operations in 2018. The report also affirms that if the government continues improving existing infrastructure deficits such as Route 32 and Route 4, the new terminal could stimulate a 23% growth in trade, while reducing costs by 40%. The addition value added to GDP is projected to be approximately 5%. This huge investment will boost nautical connectivity, and it will place Costa Rica in a better position than other regional competitors such as Brazil, Chile, Guatemala, Ecuador, and Colombia.