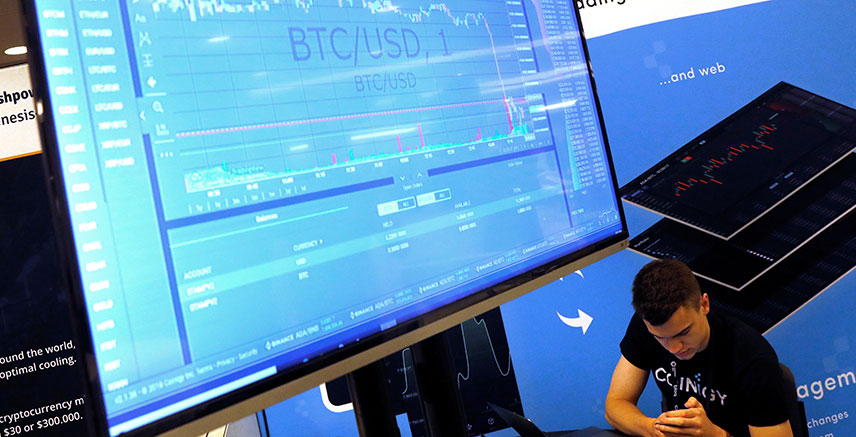 Share on:
In the financial services arena necessity has indeed proven to be the mother of invention, as FinTech turns the industry on its head.

FinTech, IoT, and blockchain, all until quite recently the preserve of sci-fi, are advancing across the globe at a brisk clip, in both public and private spheres. The technologies’ combined capacity to curb fraud, automate systems, and tap into the unbanked populations across emerging markets is resulting in unprecedented deal volumes as high-tech meets low participation.

Today, banks find that they are no longer just competing among themselves, but against zeroes and ones wielded creatively by disruptive tech start-ups.

While just 11% of Latin American citizens can access credit from formal institutions, by 2018, close to 50% of them are estimated to have a smartphone; the world in their pocket.

World Bank data suggests that while 51% of people in the region have a bank account, around 35% never use it for a range of reasons, including distrust or simply low credit worthiness.

This problem percolates down to the employment and industrial arena, as micro, small, and medium enterprises (MSMEs) comprise 99% of the private sector and employ 67% of the population regionally, curbing the potential for economic development.

Industry research suggests that in 2016 alone MSMEs were less competitive than in other geographies due to an estimated financing deficit of USD210-240 billion.

Globally in 2017 FinTech funding reached USD31 billion, with USD8.7 billion in 4Q2017 alone. Last year, 336 transactions completed for a total of USD18 billion in associated deal value. And in echoes of the dot-com euphoria of a previous time, private equity deals in FinTech had more than doubled to USD17 billion by 2017, from USD8 billion in 2010.

In 2016, 81% of venture capital deals in Latin America in 2016 involved FinTech companies. Yet FinTech investment in Latin America peaked at close to USD600m in 2017, with deal activity soaring around 20% YoY.
Latam’s top-10 FinTech deals has year garnered USD460.6 million in 2017, accounting for 81% of total capital raised. Of those deals, six pertained to Marketplace Lending enterprises, with a top-heavy contribution from Brazilian firms, at 90% of total capital invested in the top-10 FinTech deals that year.

Brazil is joined by Mexico as the giants of regional FinTech deal numbers. Yet another clear indicator of the sheer potential markets for these combined technologies is the fact that Mexico has seen a drop in its share of deals as interest turned to less developed, and hence untapped, economies.

Inter-American Development Bank (IADB) data indicates the presence of 703 FinTech startups in Latin America, more than half of which were established between 2014 and 2016, having generated USD186 million in venture capital funding in 2016, a third going to startups. The service spectrum is impressive, ranging from cross-border payments facilitating remittances, to smart contracts, crowd-funding and online lending, among others.

By cutting out bank intermediation costs, more competitive lending rates are ushering in higher participation, while the benefits of digitalization are obviously numerous.
And then there’s blockchain.

Despite the recent ubiquity of Bitcoin stories, the underlying blockchain technology appeals to investors for a variety of reasons.

Related venture capital totaled USD512 million in 2017. Functions such as digital authentication are making transactions safer, while greater transparency will ultimately mitigate a lingering distrust of traditional financial institutions by the perennially excluded.

In developed markets, the Australian Stock Exchange is committed to leveraging blockchain to upgrade its equity settlements processes this year. Other bourses the world over will be watching.

Meanwhile, Artificial Intelligence is gaining traction as it improves functions such as regulatory compliance and reporting. FinTech is also generating additional data to paint a better portrait of the marketplace, of just how much money might be under the region’s mattress.

Moreover, this has the capacity to be fruitful for all parties involved. Yes, ‘fintegration’ is a buzz-word, and a welcome one, as M&As are on the rise, printing at USD18 billion in 2H2017 on 336 deals closed.

Once FinTech enterprises navigate their local legislation regarding the provision of financial services, no mean task in some nations, the game is on.

While banks benefit from leading-edge knowhow, the FinTech enterprises themselves benefit from scale to grow and remain innovative.

Increased adoption of these technologies by more streamlined and responsive financial entities will continue to champion financial inclusivity, enabling EMs to reach their true potential.