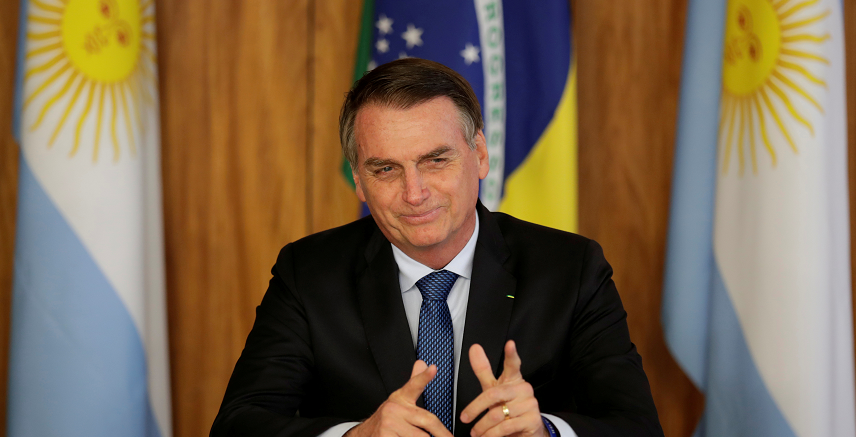 Bolsonaro and Brazil in 2019

Share on:
Recovering from surgery while the country reels from the largest man-made disaster in years, Bolsonaro has enough on his plate for one populist.

Back in São Paulo’s Hospital Israelita Albert Einstein for his third surgery in six months, Brazilian President Jair Bolsonaro’s body is not the only thing that could do with a little physical therapy.

The routine operation to reverse the colostomy performed on him after his September 2018 stabbing was successful, but a rapid succession of scandals have plagued his five-week-old presidency.

Apart from a lackluster performance at Davos, Bolsonaro’s party in the Swiss Alps was heavily overshadowed by accusations that his son Flávio, recently elected to the federal senate, had close ties with members of notorious Rio de Janeiro death squad O Escritório do Crime (The Crime Bureau).

According to popular broadsheet O Globo, both the wife and mother of the gang’s leader, former special forces agent Adriano Magalhães da Nóbrega, were in Flávio’s employ while he served in the legislative assembly of Rio de Janeiro.

Suspected of having a hand in the March 2018 assassination of Afro-Brazilian human rights activist and Rio councilwoman Marielle Franco, the group was described by O Globo as being one of Rio’s “most lethal and secretive phalanx of hired guns.”

For a leader whose three sons hold public office—Bolsonaro’s son Carlos has been a Rio councilman since 2001 while another is a member of the Brazil’s chamber of deputies—this sets an unpromising precedent for a president who came to power promising to cut the ruling class’s links to violence, nepotism, and corruption.

Worse, it was only the second major allegation against Flávio in as many months; charges that he practiced rachadinha, a “tithe-like” system in which politicians skim off the top of their employees’ wages, were already making the rounds in December before Bolsonaro took office.

While the president sought to dispel accusations against his 38-year old son, the ever-morphing “Bolsogate” (as opponents have ineloquently termed it) is likely to metastasize.

What are the odds

At Davos, Bolsonaro presented a ‘new Brazil’ open to business and foreign investment, but much of his vision for the economy hinges upon his ability to implement crucial tax and pension reforms that have evaded all but former president Lula da Silva for a quarter century.

While Bolsonaro entered office with a sizeable parliamentary bloc behind him—some 255 of the country’s 513 (49.7%) congresspeople are firmly behind him, and another 117 are with him conditionally (which together make 72.5%).

According to Folha de São Paulo—this is still less than Lula, Dilma Rousseff, or the widely hated Temer commanded upon taking office in 2002, 2006, 2010, and 2014 respectively.

And though certain popular measures, such as easing restrictions on carrying firearms or removing ‘gender ideology’ from school curricula, only require 51% of congressional backing, his more ambitious projects—chiefly reforming the country’s ruinous pension system which would require an amendment to the constitution, need two-thirds.

Far more than a perennial bugbear, pension reform is the Damocles Sword that has hung over every Brazilian president since the 1990s. Even Lula, who pushed through important reforms his first year in office (2003), only managed to raise the retirement age to 60 for men and 55 for women.

When the commodities bubble burst a decade later, the country’s generous pension system, in which most retire in their late 50s with 70% pay until death (in a country where life expectancy now hovers at 75), helped trigger a 10% budget deficit in 2015, and 8% in 2016.

President Temer (2016-18) narrowly failed to achieve the super-majority required for pension reform, his signature legislative ambition, he did reduce the deficit from USD60 billion in 2017 to USD33.3 billion by the end of 2018.

Foremost on the agenda

On Tuesday, however, lower house of congress speaker Rodrigo Maia reiterated that pension reform was the first item on the agenda of Brazil’s lower house.

Telling reporters it could be passed by both houses as soon as July, Maia predicted the economy could grow by 6% in the following year if a deal were struck, Reuters reported.

Bolsonaro’s point man for marshaling the reform through both chambers, Economy Minister Paulo Guedes, said the aim of such an overhaul was to achieve savings of over USD273 billion.

Whether he has the political muscle to pull off such a controversial move—after all, 30 million Brazilians now live off their pensions—will soon become clear.

With only 52 congresspeople in his Social Liberal Party, Bolsonaro will have to lean heavily on the “bulls, bullets, and bible” coalition of evangelical-heavy constituents he rustled together with 10 other parties.

After the historical meltdown of the Workers Party (PT) and Temer’s Brazilian Democratic Movement (MDB), a record 30 parties now sit in Brazil’s Congress.

As if passing pension reform and struggling to contain the fallout from Flávio’s thuggish extravagances weren’t enough, Bolsonaro must also now contend with one of his country’s worst man-made disasters in recent memory.

When a mining dam operated by Vale S.A., one of Brazil’s chief conglomerates and the world’s largest producer of iron ore and nickel, collapsed in Brumadinho (Minas Gerais) on January 25, over 130 people perished, while another 200 are still missing.

Vale’s second such collapse in three years, the resulting torrent of toxic sludge buried a string of residential buildings, including the mining plant’s cafeteria, where hundreds of workers were then eating.

None of the alarm systems put in place by Vale to warn local residents downriver went off.

With Vale now claiming force majeure on a number of iron ore deliveries, i.e. an ability to meet certain contractual obligations due to unforeseen circumstances, the price of iron ore has rallied more than USD10 per metric ton since January 25.

While the president can hardly be blamed for the mining conglomerate’s failures, how he handles the fallout from the disaster is immensely important to his fragile image.

Having already sent 8,500 Cuban doctors packing as part of his broader project to dismantle the leftist legacy of presidents Lula and Rousseff—the vast majority of whom were serving in impoverished rural areas—he can afford to score a few sympathy points with Brazil’s desafortunados.

In hospital until Monday, one wonders if his fragile physical condition might give the flame-thrower a greater sympathy for his suffering countrymen and women. 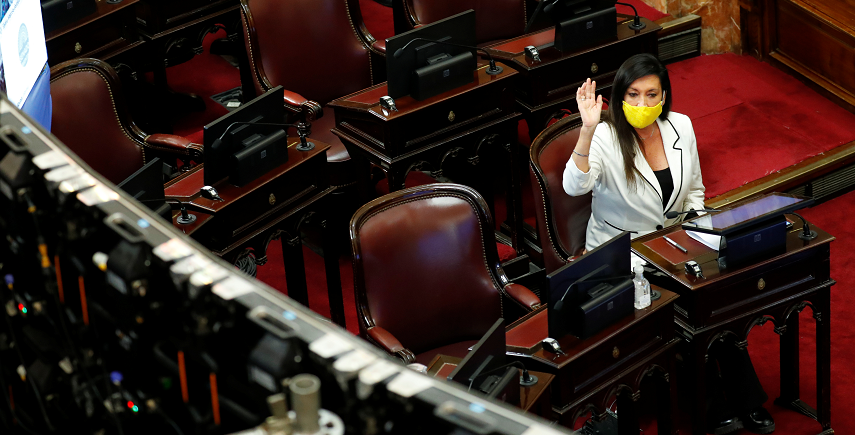 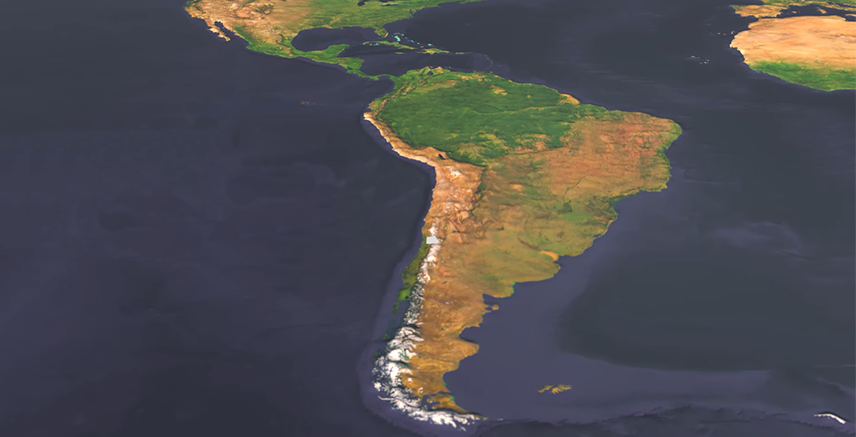