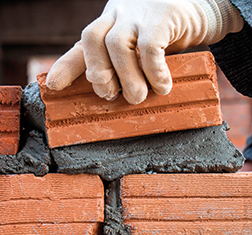 Share on:
Panama's construction scene is booming, with plenty of opportunities for fresh investments on the back of new infrastructure projects.

Construction is a dynamic and important part of Panama’s economy, contributing 14.5% to GDP in 2015 and adding $5.1 billion to the national economy that year. The Panama Construction Chamber (PCC) reports that the sector expanded by 10% in 2015, slightly slower than the 14% growth in 2014. But despite the slight downturn, construction is one of the fastest growing parts of the economy, outstripping national growth, and is riding a wave of opportunities both during and after the monumental project to widen the canal and the many upgrades and infrastructure projects that accompanied it.

Due to its geographical position and its history of trade and shipping, Panama has a strong history of construction and infrastructure and is a regional leader in the field. Since 2014, much of the additional growth in the sector has come from real estate and housing developments, particularly as cities such as Colón are redeveloped with new transportation links to ports and industrial free zones. The $800 million redevelopment of Colón is seeing the construction of 5,000 new homes currently underway, and new road and rail links to the internationally renowned Colón Free Trade Zone (CFTZ) close by. The ambitious project was announced in October 2015 and it is hoped the entire area will benefit from the renewed infrastructure and links to the mighty CFTZ.

In the 1H2015, the value of building permits, construction projects, and repairs in Panama rose to $565 million, an 18% increase from the 1Q2014 figures. Residential construction was up 10.4% YoY, and non-residential construction saw a 23.6% growth from 2014, largely due to infrastructure projects linked directly and indirectly to the Panama Canal. Panama City saw the greatest increase in the value of building permits, additions, and repairs, with a 30.1% increase from 2014. Other cities with a notable increase were Colón, up 18% on the previous year, and Arraijan, up 3.2% YoY.

Over the course of 2015, the number of building permits issued rose by just under 6%. Building permit requests were worth $448.5 million for non-residential projects and $407 million for residential projects. The majority of permits were issued for works in and around Panama City, where they totaled $591.4 million in 1H2015, up by 6.8% YoY. In Arraijan, building permit issuance rose by 7.7% from 2014, totaling $81 million, while the redeveloped city of Colón experienced a 7.7% increase, or $58.2 million over the same period.

The expansion work represents the largest construction project on the canal since the historical feat of engineering that led to its opening to (and transforming of) world trade in 1914. Construction in Panama has been dominated by the Panama Canal’s widening project for almost a decade. Studies have highlighted construction’s clear advantage over other sectors linked to the canal work. More than a hundred years on, and the canal is once again dominating the construction sector of the country. For every dollar invested in the canal, 64 cents are generated in additional construction projects in Panama. The expansion, which involves the creation of a new shipping lane and series of locks, will double the canal’s capacity. The project has been a once-in-a-lifetime opportunity for the country’s construction industry and is, with a total cost of $5.3 billion, the most significant construction project in Latin Americas. Panama’s dreams of becoming a first-world economy rest on the canal’s expansion and subsequent success in attracting the world’s shipping.

Grupo Unidos por el Canal (GUPC) is the contractor responsible for the design and construction of the Third Set of Locks (as the expansion project is also known). GUPC is a consortium of 11 separate and specialized companies. Among these, Sacyr Vallehermoso is an international leader in the construction of water projects such as hydroelectric plants, dams, and locks. Jan De Nul Group is a dredging company, probably the leading marine construction company in the world, whose portfolio includes Chek Lap Kok Airport in Hong Kong, Palm Jebel Ali in Dubai, and Berendrecht Lock in Antwerp, Belgium. CUSA Urban Construction is Panama’s biggest construction specialist company and includes Fuerte Amador among its subsidiaries.

The bulk of the construction work has been focused around the deepening and widening of the Atlantic and Pacific entrance channels, including a new approach channel for the Atlantic Post-Panamax locks, the addition of three water saving basins per lock chamber at the Atlantic Post-Panamax locks to raise the maximum Gatun Lake operating water level, and the widening and deepening of the navigational channel of the Gatun Lake and the Culebra Cut. The construction work was initially planned to take place over seven years, with an additional YoY investment planned to be between 4-8% of the GDP. Such is the importance to the project that some aspects of the industry actually contracted in 2015, as the pace of work on the canal slowed nearing completion.

Cement and clinker production is central to the construction industry in Panama, and as a result Panama is not reliant on costly imports, but can sustain its domestic growth from home. Despite the fact that construction—and hence the cement industry—has been booming since 2010, production of ready-mix concrete actually fell by 22.2% in 2015 and gray cement fell by 2.6%. The decrease in demand can largely, if not entirely, be attributed to the work on the canal reaching its final phase. So an exceptional order book over the past eight years has led, finally, to an exceptional leveling-off as the supply chain rights itself. Despite this one-off anomaly, cement is enjoying a boom period, and Panama’s infrastructure projects show few signs of slowing down once the canal is open. The sector is dominated by two giants of construction: Cemex and Cementos Argos.

Cemex entered the market in 1994, acquiring a 95% stake in Cemento Bayano for $59 million, and since then the company has invested at least $335 million in plants and projects, gaining a reported 70% market share along the way. Today, it has a cement production capacity of 0.5Mta, all destined for the domestic market. The company has an ongoing expansion plan for its Bayano plant, and will invest a further $200 million in the enlargement of the plant during the next two years. The expansion project, in line with the industry’s expectations for growth, includes the construction of a new kiln line and will see clinker production increase from a current 0.45Mta to 1.6Mta by 2018. Cemex has played a pivotal role in the canal’s expansion, overseeing and constructing two separate locks, and access channels to the new locks, with widening and deepening work for a series of navigational channels. Cemex owns three cement plants in Panama, along with 14 ready-mix plants, four aggregates quarries, and three land-based distribution centers.