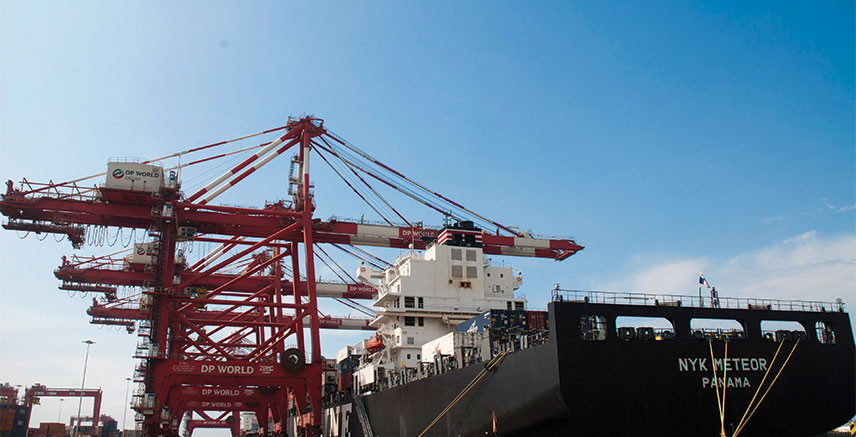 Share on:
Peru's government will look to continue its strategy of concessions to push for much-needed development of its transport infrastructure.

Peru’s transportation sector can be split into two parts: the ports and sea transportation lines through which most of the country’s imports and exports pass, and the international system of roads, airports, and train lines through which the nation goes about its daily business. A great deal of capital has been invested in the former over the past decade, allowing Peru’s exports to reach new highs. The country’s internal transport infrastructure, on the other hand, remains one of the biggest obstacles to the continued development of rural provinces. New president Pedro Pablo Kuczynski has made clear his intentions to invest heavily in transport infrastructure, and a structured and efficient push should reap tremendous results.

Peru’s ideal location on South America’s Pacific coast and its vast natural resources makes it a natural fit for port development efforts. The rapid growth of the country’s mineral export industry in the early years of the new millennium led to corresponding growth in the country’s port infrastructure. Peru’s government moved to aggressively award port concessions starting in 1999 with the Matarani Port terminal, and in the decade-plus since, port concessions have accounted for over USD1.4 billion in investment in public ports and an additional USD7 billion in private ports. Peru’s concessions process has been praised for its efficiency and competitiveness; the country has become a leader in public-private partnerships (PPPs) thanks to governmental willingness to negotiate with private firms for the public good. While there have been conflicts and shortcomings over various issues at times, the system remains positive on the whole and is one of the key reasons Peru’s port infrastructure is strong.

Peru’s concessions are typically awarded for 25 or 30 years, after which the port will return to the state. Once the government offers a concession, private enterprises offer bids that include commitments to spend a minimum amount on investment over the span of the contract. Port concessions are regulated through OSITRAN, the Supreme Authority of Investment in Transport Infrastructure for Public Use. Established in 1998, it has a budget financed by a payment of 1% of total revenue from concessionaires and is in charge of ensuring that firms meet the terms of their concessions. Its role brings it into natural conflict at times with private industry, and in recent years Peru’s government has sought to make sure that it can bring about transparency without implementing excessive barriers for investment.

Today, Peru has 81 ports, of which 26 are public and 55 private. There are 17 port concessions currently in place. The Port of Callao, located just north of Lima, is the country’s flagship port, handling around 75% of all maritime trade. The third-largest port in South America and the largest on the continent’s Pacific coast, Callao is a prime example of how concessions and aggressive development have contributed to the country’s development. In 2006, Dubai Ports World won a 30-year concession to develop the Muelle Sur container terminal, and Dutch firm APM Terminals was granted another 30-year concession to develop the multipurpose North Terminal in 2011. These two companies have committed to invest more than USD1 billion in the port’s infrastructure. Several projects have already been completed, including dredging to allow for higher-capacity ships, installation of new container handling equipment and container berths, and improved security and transport structures aimed at reducing illicit activity. These infrastructure improvements helped more than 1.9 million TEUs pass through Callao in 2015. Thus far, 2016 has seen additional growth, with a 6.4% increase in TEUs as of July 2016. Much of this growth came from APM Terminals, which completed the first two stages of a five-stage development project and reaped the benefits from additional container capacity and reduced stress on landside infrastructure.

Peru’s airports have been transitioning to a concessionary model, but there have been bumps in the road. Lima’s Jorge Chávez airport is the nation’s largest and a regional hub, serving more than 18 million people in 2015. German-owned Lima Airport Partners (LAP) won a 30-year concession to operate the airport in 2001; however, recent conflicts with the government over the terms of the contract have held up the construction of a much-needed second runway and terminal. Originally scheduled for 2005, disputes over the terms of the contract and the state of the 740 acres to be delivered to LAP have sidelined the USD1.2 billion expansion. In the meantime, traffic through Jorge Chávez has stagnated as airlines have refused to deal with the airport’s inefficiency; due to the limited space available capacity is just 30 flights per hour, well below regional averages. However, there are positive indications that change is coming soon. New Minister of Transportation and Communication Martí­n Alberto Vizcarra has stated that the new government will work to resolve the dispute and that he expects construction on the second runway to open in 2017. This is part of a larger plan to double tourism within five years, a task that will require aggressive addition of new airline routes in untapped European and Asian markets.

Elsewhere in Peru, the government has formed concessions to operate 16 airports and is in the process of preparing three more regional ones for concessions. These regional airports are aligned with the ministry’s goals, as many of them have great tourism potential. Jaén, for example, is ideally located for travel to the Amazonas region and has several well-maintained architectural sites. It recently received its first commercial flights courtesy of Latam airline, and further efforts are underway to expand its capacity, thus making it a viable destination for multiple airlines.

Lima’s Metro is the city’s biggest and most important transport infrastructure project. Generally acknowledged as necessary to help alleviate Lima’s automobile traffic, the construction of the metro has seen numerous delays and cost overruns. After the first metro line began operations in 2001, the transportation ministry soon realized that additional lines would be needed to meet demand. Originally projected to have 232,000 daily users, the Metro’s Line 1 quickly accumulated more than 340,000 daily users, making it struggle to comfortably meet demand. After completing an expansion of Line 1, the government awarded a concession for Line 2 to a consortium of six companies from Peru, Spain, and Italy. Construction began in 2015, and sections of the line are expected to open in 2017 and 2018 before the project is finished in 2020. Upon completion, Line 2 is expected to serve over 660,000 passengers a day in its inaugural year, eventually transporting 1 million daily. Linking the eastern part of the city to the port areas in the west, it should cutting travel times from two hours to 25 minutes, according to Proinversion estimates. However, the project has not always gone smoothly. A recent comptroller report exposed irregularities in the construction process due to a lack of regulation and oversight that could end up costing the government an additional USD156 million on top of the project’s USD5.3 billion cost. The project has seen delays due to the excavation techniques used and holdups in the required land transfers. The current plan is still to have the metro fully finished by 2021, Peru’s bicentennial, but the project is less than 10% complete at this point.

Peru’s government is hoping to construct four additional metro lines, most of which are still in the preliminary states. The concession for Line 3, a USD5 billion project designed to transport 2 million people per day, is scheduled to be awarded next year. President Kuczynski’s government has been aggressive in searching for investment partners, reaching out to Chinese and Korean investors and adapting new regulatory policies aimed at making project planning and oversight more efficient. The metro represents the way forward for Peru in more ways than one; while giving a city with 10 million residents much-needed mass transit options, it is an ideal example of the creative public-private thinking that has helped the country develop over the last two decades. Thanks to well-established international connections and a commitment to productive regulation, Peru’s long-neglected transportation infrastructure looks ready to turn the corner and meet the demands of the modern economy.

Founded in 1537, Callao has a long history as a base for shipping and naval transport. Today, it is one of the largest and most important ports in Latin America, moving almost 2 million TEUs each year, the most in the South Pacific region of Latin America. Callao enjoys several natural advantages that make it uniquely positioned to serve as a hub for the Latin American transport industry, most important of which is its central location on Peru’s Pacific coast. Peru’s recent signing of the TPP and its status as a member of the Pacific Alliance means that it will no doubt continue to play a key role in the years to come. However, Callao’s port is in need of additional investment. Edgar Patiño, Director of the Autoridad Portuario Nacional, recognizes the importance of a modern and robust port infrastructure. “The development of the country is based on having a strong logistic chain,” Patiño told TBY. A recent series of public-private partnerships has opened up new channels for investment. APM Terminals Callao, contractor of Callao’s Terminal Norte Multipropósito, recently completed the first two phases of a USD385 million modernization project that includes dredging the seabed by 16m, adding new maintenance and storage facilities, and installing a new cargo delivery system. The modernization also brings security upgrades, including a designated security corridor and the development of permanent police operations in the area. “We work according to the international standards of the PBIP, which are codes for the protection and security of the ports,” Patiño added. “We are taking great efforts to eradicate risky and illegal activities.”