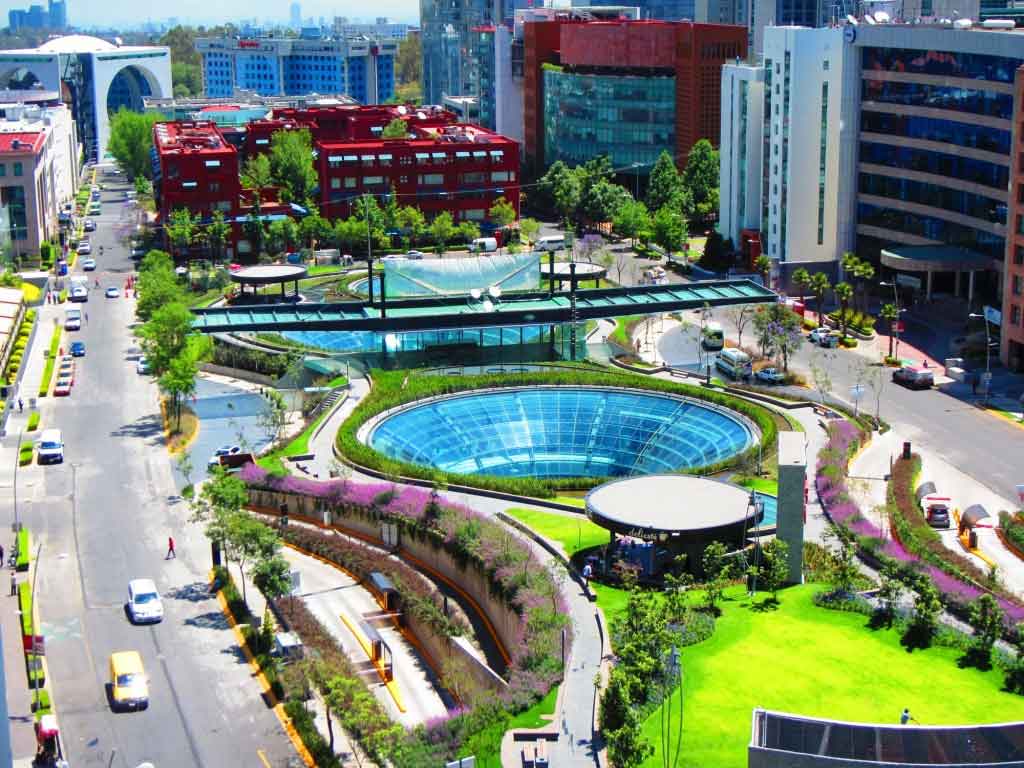 Share on:
While other sectors may be feeling the squeeze of a more constrained government budget, the construction sector has been targeted to be a growth driver in the medium term.

After experiencing a difficult 2013, in which construction activity fell by some 4.7%, according to BBVA data, in 2014 the sector managed to record below-average GDP growth of just 1.8%. Indications are that the sector will rejoin the broader trend of economic growth in 2015, with a 2.5% expansion expected for full-year 2015. Indications from Mexico’s state statistics agency INEGI indicate that over the first 5 months of the year, average growth of some 2% in construction activity has been achieved so far, far better than the 2.34% contraction on average seen over the first 5 months of 2014. The construction market began to pick up at the start of 2H2014, and has managed to maintain a steady, if not spectacular, growth pattern ever since. The housing sector has appeared to provide the most support to construction sector growth, though the transport sector also is looking to provide a solid basis for constructors. Equally, the importance of Mexico’s construction industry to employment should also not be forgotten. BBVA estimated that in 3Q2014 the construction sector employed some 3.7 million of Mexico’s 49.5 million strong workforce. In a good year, up to 9% of total employment can be attributed to construction activity. However, there remains a high tendency for informal working patterns within the construction industry, with only some 1.4 million workers or 37% registered with the Mexican Social Security Institute (IMSS) in 2Q2014. However, when considering that just 30% of the estimated construction workforce was registered with the IMSS in 2010, the rise in the formal rate gives hopes for an upside move in construction activity.

Overall construction activity was valued at some $29.69 billion for 2014, when calculated at the end-2014 exchange rate. General building made up $13.13 billion, or some 44% of the full-year total, reflecting the strong input of general housing construction for the sector as a whole. Transport was the next largest category at $7.81 billion for 2014, or some 26% of the total, while third in line was petroleum and petrochemicals on $3.01 billion, or just over 10% for the year. The latter category is seen as potentially important for the construction industry, with Mexico looking to allow private companies access to 14 offshore blocks, the development of which may well see the oil industry’s share of the construction market rise considerably.

However, the second ranking transport sector should not be forgotten, and may soon be the recipient of some major state-led, though privately supported, infrastructure spending. At the top of the list is the new international airport for Mexico City. Announced by President Pena Nieto in September 2014, the $13 billion plus project is set for construction over the 2015-2020 period for its phase, with further expansions likely after that. The new airport will be constructed on over 4,430 hectares of land, and will house a 470,000 sqm central terminal building. Mexico is also looking to get its rail infrastructure back on the tracks, the Toluca-Mexico City Passenger Railway will also see an infrastructure spend by the government of some $560 million, giving another handy shot in the arm for the construction industry. Set to transport its first passengers in 2017, the project has run into some difficulties in terms of route selection, primarily from local landholders. Other large-scale transport construction projects on the drawing boards include a passenger train crossing the Yucatan Peninsula, as well as the Mexico City-Queretaro high-speed line. The latter project initially was won by a Mexican-Chinese consortium for some $3.7 billion, though the contract was later canceled in January 2015, with the government looking to extend the tender window for other bidders. With civil works representing around 30% of Mexican construction activity, according to BBVA estimates, any upswing from this side of the activity matrix will help propel the construction industry, though hopefully not at the cost of causing cost pressures on the private investment side.

Much of the new spending on construction from the state side is being conducted in line with the National Infrastructure Program (PNI) 2014-2018 that President Pena Nieto announced in April 2014. The PNI is targeting the investment of some $600 billion over the program’s run time, in the hopes of topping up economic growth by between 1.8% and 2.0%, according to Intelligent Insurer numbers. The 743 projects outlined under the scheme are hoped to generate an additional 359,000 jobs per annum. Under the program, major infrastructure works in the south and southeast of the country are to be given importance, in order to reduce the development gap of those regions with the rest of the country. Much of the anticipated spending for the PNI scheme is hoped to be sourced from funds originated following the passing of the Public-Private Partnership Act. Reforms to the oil industry are anticipated to inspire some $253.8 billion in construction activity with support from the PNI’s facilities, though the leaner outlook for the industry since late 2015 may see that figure trimmed. In terms of private sector involvement in energy infrastructure development, it is hoped that around $68 billion of the investment will come from this source. Just four major urban housing and residential schemes were announced, though they take the second largest share of the PNI’s funds, estimated at some $143.1 billion as of year-end 2014. Once again, the private sector is being asked to provide 47% of this figure following the Constitutional Reform process. Communications and transport-related schemes will see some $101.5 billion invested across 223 projects, while 138 energy projects anticipated to cost $46 billion have been penned in under the PNI. In this area alone, the government hopes to generate 75% of the funds it requires from PPP schemes and private financing. Finally, 84 water projects worth some $32.1 billion have been included, alongside a smaller $13.9 billion for tourism and just $5.6 billion for health-related construction projects.

The housing segment has become one of the key instruments seen by the government for sectoral growth, especially with the National Housing Policy enacted under the Pena Nieto administration. The program is set to support the construction of some 500,000 homes per year, and see added investment in the sector up to $25 billion. So far, the policy has seen some success, with the Mexican Social Security Institute estimating that some 560,000 new housing units were created over 2014, well above the 450,000 unit target for the year as a whole. The National Housing Program aims to reduce the estimated housing gap of some 9.7 million homes needed across the country. Although the Pena Nieto administration is continuing to run its ongoing fiscal austerity program, much a result of the constrained limits of oil revenues, the housing industry has been one of the few saved from the budget razor gang. The housing segment looks likely to have a strong year, with two key indicators, that of remittances and mortgage loans, showing positive signs. Remittances over 1Q2015 rose 7.6% in YoY terms, with much of that money also finding its way into housing construction. Over the first 5 months of 2015 mortgage issuance rose by 19.7% in YoY terms, showing another leg of strength for private sector construction activity. Of note, the two largest providers of mortgage financing are still state related. INFINAVIT, a federal institute for worker’s housing, and its sister FOVISSSTE, which focuses on government workers, remain the Fannie Mae and Freddie Mac of the Mexican housing sector, and the credits they extend are heavy determiners of the industry’s activity.

When even mentioning the word cement in the Mexican context, the market giant CEMEX looms large on the landscape. With an installed capacity of 29.3 million tons per annum spread across 15 plants that it owns and another three controlled under joint ventures, CEMEX’s Mexico operations dominate the local cement industry. However, CEMEX is more than just Mexico, with the local market representing some 31% of its production capacity but only 20% of its global sales. In fact, the company’s operations in Northern Europe (27% of sales) and the US (24%) push the company’s Mexican operations into third place overall in terms of global revenue generation. However, CEMEX is far from alone in the Mexican market. Holcim Mexico, following its merger with Lafarge, has seven plants in the country, Cementos Y Concretos Nacial (CYCN) boasts of four, while GCC, Cementos Fortaleza , and Cementos Moctezuma have three main cement plants each. Elementia took over Lafarge’s minority interest in three cement plants in Mexico following the merger with Holcim and rebranded them under its Cementos Fortaleza subsidiary. Controlled by local heavyweights Carlos Slim and Antonio Del Valle Ruiz, the building materials giant Elementia, with reported sales of over $1 billion in 2014, staged an IPO of the group valued at $250 million in July 2015.

According to Mexico’s National Chamber of Cement (CANACEM), Mexico produced some 36.6 million tons of cement in 2014, up 2 million tons on the slow year of 2013. On a per capita basis, this works out as 294 kilograms for every citizen. National consumption for 2014 worked out at 35.2 million tons, indicating a low loss rate. In a mid-2015 investment update, Holcim estimated that Mexico’s cement market could grow by some 3%-5% over 2015 on the back of renewed growth in the housing market as well as the government’s national infrastructure program. Downsides to growth do exist, primarily coming from lower oil revenues as well as sluggish GDP, estimated to post just a 2.6% gain for 2015. Infrastructure projects reportedly make up 30%-40% of cement consumption locally, with the transport, energy, and water infrastructure segments being the main three drivers. Housing forms around another 40% of all cement demand, and higher remittances from abroad could help spark demand. Coming in third place, commercial and industrial projects form the last 20% of cement demand in the Mexican market, according to Holcim estimates.