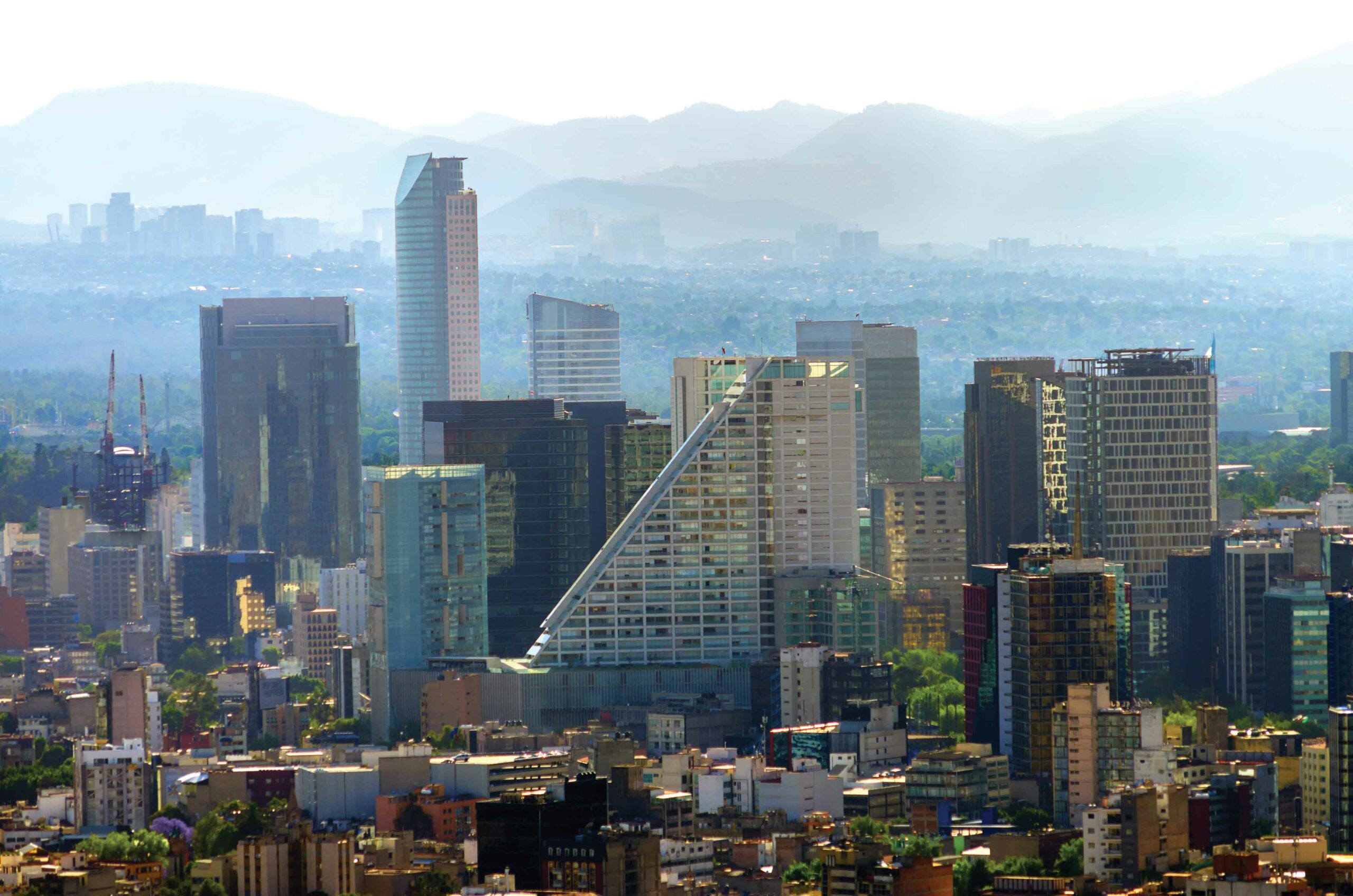 Share on:
The construction sector appears poised for sustained growth in the coming years as a result of robust fundamentals across a number of key segments and impressive plans for future infrastructure expansion.

Thanks to improving fundamentals in the broader economy, the construction and real estate sector is expected to improve steadily through 2020. A host of projects, including energy development, commercial initiatives, and infrastructure growth, are expected to stimulate activity in the sector, with the government’s most high-profile infrastructure plan, the National Infrastructure Program (NIP), set to be a key driver of growth.

Additionally, private industry investment projects in areas like mass transit and a revamped energy and grid infrastructure are expected to funnel large amounts of investment into construction. Real estate development is expected to grow as the economy improves, but broader economic headwinds from low oil prices, foreign exchange volatility, and uncertainty regarding relations with the US have made industry observers somewhat more cautious in their assessments.

The government has unveiled a series of large investment initiatives aimed at revamping the country’s infrastructure. The projects set to receive the most funds are those in the energy sector, road transportation, and ports. As the government starts to put greater emphasis on attracting private capital to fund these projects, industry analysts expect the opportunities for firms across Mexico and the region to grow steadily. While there have been some economic headwinds to contend with recently, the Mexican Construction Industry Chamber (CMIC) announced that the industry grew 2% in 2016 and forecast that the industry would grow by another 1.5% growth in 2017. While this is by no means as explosive as previous eras, it is respectable growth that underscores the fundamental strength of the sector.

In 2015, the government unveiled plans to invest around USD10 billion in key energy infrastructure, including projects in the electricity and oil and gas sectors. This ambitious plan calls for revamping or developing from scratch five natural gas pipelines, three small pipelines and energy distribution lines, and four power generation projects. NIP investments have remained strong despite some broader economic uncertainty, and the plan’s 743 projects will continue to be important sources of activity in the industry. Worth an estimated MXN7.75 trillion, the NIP projects are vital sources of investment for many Mexican firms.

In order to increase the volume and impact of foreign trade, Mexico has also put in place a USD5 billion plan that calls for the construction or redevelopment of nearly 117 ports across the country. One of the most important projects is the expansion of the port at Veracruz, which will be one of the largest ports in the region when completed. The first stage of the USD1.4 billion renovation is expected to be finished in 2018, and it will have a total capacity of 66 million tons. The second stage will cost an estimated USD3 billion. Winning bids for the construction of the port’s four new terminals will be announced later this month. Leaders in both government and private industry are excited about the opportunities these projects will bring to the Mexican construction industry. The Port of Lazaro Cardenas and the Port of Manzanillo are two other major port projects that are expected to stimulate sizable activity in the construction sector.

Additionally, the country’s road systems have been in chronic need of revitalization, and the government has committed to reconstructing or rejuvenating roadway infrastructure to the tune of USD28.5 billion. This massive spending plan is designed to smooth the free flow of goods and people across Mexico, and construction firms from Mexico and abroad are highly optimistic about the prospects and inherent opportunities of the plan. All told, transportation and communications infrastructure spending is expected to exceed USD105 billion over the life of the improvement plan, making it one of the most impressive opportunities in the industry and the country.

Since the FIBRA model was introduced to the market in 2011, the sector has expanded to 10 distinct FIBRAs worth approximately USD15 billion. Somewhat similar to REITs, FIBRAs are essentially investment trusts focused on the acquisition and construction of real estate projects that are intended to be leased. This investment vehicle is a novel addition to the Mexican real estate market, and it has garnered a great deal of interest from institutional investors both in Mexico and abroad.

Firms operating in this space are cautiously optimistic about the future of the industry, with a core point of concern being not the fundamentals of the domestic marketplace but the nature of Mexico’s relationship with the US and uncertainty over exactly how the alliance will evolve. In an exclusive interview with TBY, Juan Monroy, CEO of FIBRA Macquarie, summed up the industry’s views quite nicely. “The general consensus is that the fundamentals remain fairly strong,” said Monroy. “This year we will take a prudent approach to see where our bilateral relationship with the US ends up. The US, Mexico, and Canada complement each other from a number of different perspectives, and the region has become competitive given the existing supply chain structures and FTAs.” As leaders in the real estate and construction industry navigate the new lay of the land, the rhetoric from the White House has prompted a more tempered approach to the market moving forward.

Leaders in the industry are somewhat cautious when it comes to the supply of commercial real estate, particularly office space, and they strike a somewhat less optimistic note when it comes to market conditions beyond 2017. The steady supply of new buildings in recent years has created or put in the pipeline a high volume of office space that appears to outnumber forecast demand. In an interview with TBY, Luis G. Méndez Trillo, President of Coldwell Banker Commercial Mexico, explained the market conditions that are likely to develop by the end of this year. “While the first half or three quarters of 2017 will be safe, starting in 2018, 2019, and 2020 there will be an oversupply,” said Trillo. According to Trillo, Mexico City already has around 5.4 million sqm of Class A office space and there are plans to construct an additional 3 million sqm in the next few years. Without equally strong demand, which the market thus far does not seem to be generating, this construction craze will create a potentially destabilizing glut in supply.

Industrial space on the other hand appears to growing in line with demand. Strong growth in the industrial segment of the economy has translated into increased demand for industrial real estate, but foreign exchange pressures have made breaking ground on new projects somewhat unfeasible, according to Trillo. With necessary projects being put on hold until exchange rates become more favorable, it is possible that industrial real estate will see demand outstrip supply in the near and medium term.

An important and recent development in industrial real estate has been the proliferation of green facilities. Industrial parks that are more efficient and environmentally friendly have become key pieces of the industry, and more and more companies are looking for industrial space that can offer environmental responsibility. Facilities that incorporate water recycling capabilities, renewable energy potential, smart metering, and green spaces have proliferated, and developers are beginning to recognize the value in offering industrial space with an environmentally friendly touch. Construction projects in commercial and residential spaces funded by private industry have also seen strong growth recently. In fact, CMIC expects that much of the industry’s 2017 growth will come on the back of residential and commercial building initiatives funded by the private sector.
Thanks to strong growth in the automotive sector, retail space has seen a steady increase in Mexico in recent years, according to the World Property Journal. Developers completed roughly 1.3 million sqm in 2016 in three of Mexico’s largest cities. According to BBVA Research, commercial properties have long been an option for investors and developers looking to see better returns and activity than were available in the residential sector, and the government’s push to increase vertical housing and more efficient space consumption in urban environments is likely to keep this trend alive. Commercial spaces can serve as the residential anchors for new developments in cities across Mexico, and leaders in government and private industry are hopeful that well-paced and well-placed commercial developments can catalyze important shifts in residential living.

As a result of concerted efforts by the government to bring the sector back, Mexico’s middle class is beginning to recover from the 2013 housing crisis and the market is improving. The National Housing Plan successfully incentivized developers to continue to build. Interestingly, while nearly 9 million Mexican families are impacted by a housing deficit, it is a housing deficit born of too few rooms, not necessarily too few houses, according to Mexico’s National Housing Commission (CONAVI). This has prompted developers to begin focusing on creating homes that include more rooms to accommodate Mexico’s intergenerational living habits. The government is pushing for housing that emphasizes vertical construction and the efficient use of ground space, and they are trying to develop a housing solution for the long term.

Increases in the price of gas and electricity are forecast to have an impact on building costs, potentially raising construction costs by upward of 30%. Additionally, rising costs in other construction materials like steel and cement could also squeeze developers’ bottom lines. Rising interest rates could also make mortgages less attractive for buyers, forestalling new construction if demand softens. The Association of Mexican Banks (ABM) expects mortgage rates to rise 5% in 2017 after recording increases of 7% in 2016. This has the potential to price some homebuyers out of the market. Observers are nonetheless hopeful that a strong growth trend in the underlying economy will provide the impetus for stronger growth in the residential real estate sector.