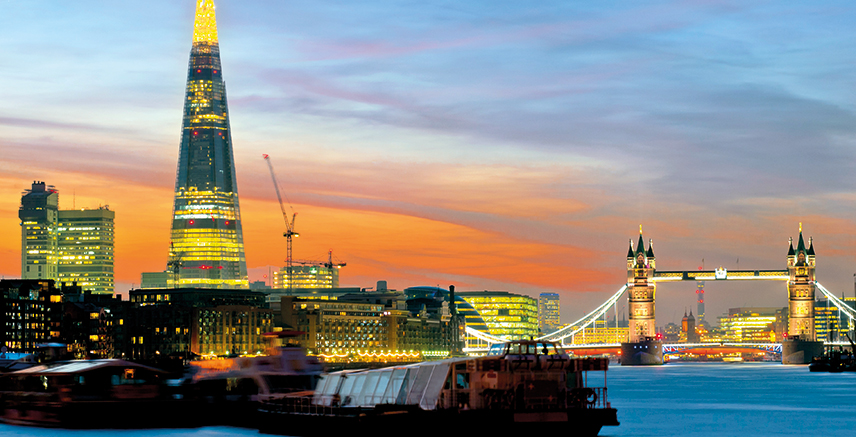 Share on:
With strong economic fundamentals, Qatari-based banks are on the move in the international arena, with acquisitions and partnerships underscoring Qatar's overall strategy of diversifying its investment portfolio.

Despite the fall in oil prices and regional security challenges taking place in Syria and Yemen, Qatar has maintained a solid financial position. With over $250 billion allotted to upcoming mega-projects in preparation for the 2022 FIFA World Cup, Qatar is nonetheless looking to diversify its investment portfolio outside of the small domestic market and begin tapping into growth opportunities on the regional and international level. Of particular interest are Qatari-based banks, which are in a position to look outwards for financial growth opportunities. Qatar National Bank, Commercial Bank of Qatar, and Doha Bank are all in a markedly international expansion mode, looking to bring Qatari-backed financial strength to the international arena and act as partners of development for countries in need of capital support.

Qatar’s state-owned bank, Qatar National Bank (QNB), is the largest bank not only in the country, but in the entire GCC region. At the end of 2015, Qatar National Bank assets stood at $133 billion, with around $3 billion in net profits. With this foundation of accumulated success, QNB has recognized the promising new growth opportunities abroad, particular those throughout the Middle East, sub-Saharan Africa, and Southeast Asia. HE Ali Shareef Al Emadi, Minister of Finance and Chairman of QNB, recently said, “[the] Qatari market is of course important for us, but geographical expansions are bringing us better returns.” This was later followed by an official QNB statement declaring that during the 2016 calendar year, the bank expects 40% of its net profit to come from its foreign operations. QNB expects that finalizing its acquisition of Turkey’s fifth largest privately owned universal bank, Finansbank A.Åž., between the second and third quarters of 2016 will be a key contributor to this ambitious target.

The first privately incorporated bank in Qatar, Commercial Bank of Qatar (CBQ) was established in the 1970s by Hussain Ibrahim Alfardan, current Vice-Chairman and Managing Director of CBQ. The bank currently sits as the 17th largest bank in the GCC with almost $32 billion in assets and $533 million in profits. CBQ’s regional expansion strategy began with a 34.9% minority stake acquisition of National Bank of Oman shares, followed by a 40% share acquisition in 2008 of UAE-based United Arab Bank. Despite these acquisitions, however, CBQ had yet to acquire a non-GCC based bank. As such, CBQ made in 2013 a landmark move on the international stage with a 70.84% majority acquisition of Turkish-based Alternatifbank (ABank). ABank specializes in commercial banking with a focus on small and medium-sized enterprises, and held at the time of the acquisition $4.4 billion in assets. More recently, in January 2016, CBQ signed an MoU with Bancomext, a Mexican national development bank. The MoU provides the framework for future cooperation between the two banks and bilateral collaboration for projects in the two countries involving either of its companies. As such, CBQ has underscored its commitment to broadening the horizons of the bank on an international level.

Doha Bank, both the 31st largest bank in the GCC and Qatar’s fourth largest, with $20 billion in assets and profits reaching over $370 million in 2015, is also in international expansion mode. In particular, the bank is upbeat regarding its business prospects in India, where it expects to double its exposure over the next three years from $2.3 billion to upwards of $5 billion. Doha Bank established its first branch in Mumbai in early 2015 and later acquired two more branches of HSBC Bank Oman SOA in Mumbai and Kochi. With regards to the opportunities that exist in India, Mr. R. Seetharaman, Doha Bank’s CEO, said, “Investors and banks from the Middle East are keenly looking at the unfolding opportunities for investments in India in the areas of infrastructure, corporate lending, and funding small and medium-sized enterprises.” However, Doha Bank’s international expansion is not limited to just India. In 2015, Doha Bank also inaugurated its 12th representative office in South Africa.

Qatari-based banks are taking advantage of their strong fundamentals and seizing the opportunities to expand at the international level. Both privately-backed banks and their state-owned counterparts are on the expansion trail, with their sights set on establishing a larger footprint throughout the Middle East, Asia, Africa, and Latin America. As competition remains fierce in the local market and projects are limited by the size and scope of the country, it would appear that international expansion by Qatar’s strong financial sector is a trend that is here to stay.