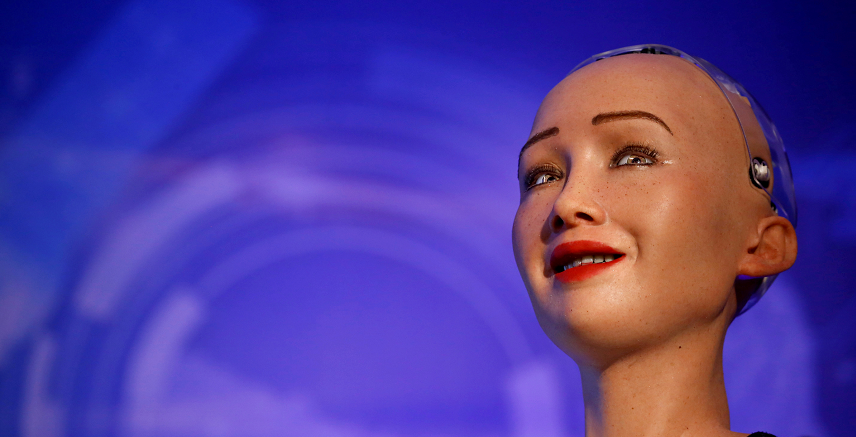 AI and Tech in Television

The era of robots that can think might not be here yet, but we are starting to see glimpses of what the not-so-distant future might hold.

Not long ago, Sophia the humanoid robot, which was developed by Hanson Robotics in Hong Kong, was dazzling audiences everywhere around the world with its fascinating 50 different facial expressions that closely resemble those of humans.

The latest such novelty to make headlines also comes from China and comes in the form of a news anchor. The new member of the Xinhua News Agency was reportedly modeled on a real TV reporter working for the agency.

For some unspecified reason, however, the robot speaks English and not Mandarin. We can suppose it is because it would make it easier to sell it as a headline to news outlets in the western world.

“I will work tirelessly to keep you informed as text will be typed into my system uninterrupted,” the news anchor said in its debut statement.

According to the agency, he can learn from videos and reports and then relay the information into the camera. The surprisingly realistic robot should be capable of broadcasting information 24 hours per day, 365 days per week, non stop.
However, some experts have raised questions over the use of the term AI in this case. A true Artificial Intelligence system should be able to write its own scripts, to look at reports, understand the information within, and then delineate a clear story line to pass on that information to the audience. According to most experts, that level of intellectual work is still far beyond the capabilities of machines today.

If the status of AI really applies here or not is open for debate, but whichever way one looks at it, this development is impressive and a demonstration of how television news companies try to include futuristic new tech into their work to attract and entertain audiences.

Perhaps the most famous such attempt in news broadcasting in recent history was CNN’s coverage of the 2008 United States election.

What turned out to be a glorious night for Barack Obama and his supporters, was also a great night for TV tech firsts.
In that broadcast from the CNN studios, Wolf Blitzer showcased to its large audience a hologram system that allowed him to speak “in the flesh” to correspondent Jessica Yellin, while she reported from the site of the Obama campaign.

It turned out it wasn’t actually a Star Wars like hologram and rather a smart light trick using a number of high-def cameras, but it was impressive nonetheless. That same night, CNN reporter John King unveiled his “Magic Wall,” a giant touch screen where he ran through numerous figures, demographics, maps, and the like in a way that had not been scene in election coverage before.

Over the last decade, TV infographics have also evolved greatly, crossing the screens in high definition 3D dynamic images. Remember 2016, when NBC projected a giant 3D map of the United States divided in blue and red states that seemed to float atop their Rockefeller plaza ice skating rink.

All these exploits have been readapted, perfected, and exploited in the years following their premiere. New ways of filming have been introduced by multi-camera shots in sports, or grand landscape shots made using drones. But behind the scenes, things are changing too. More and more TV broadcasters are trying to adapt new technology to archive footage, finding new ways to process and present content, and automating many of the processes that make the news and TV happen, particularly through the use of AI.

Xinhua’s AI anchor is just the latest in a long line of technologies coming together to change the way we perceive and receive information.