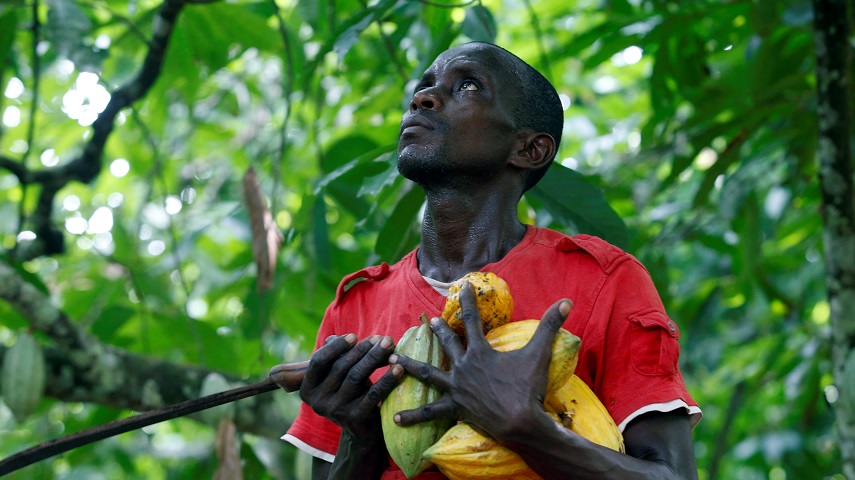 Share on:
How are cocoa industry giants working to reverse a three-year dip in prices?

Representatives from the world’s largest cocoa producers, processors, and consumers meet in Berlin next week to discuss the industry’s most pressing issues of the day as part of the fourth annual World Cocoa Conference organized by the International Cocoa Organization (ICCO).

Together these account for more than two thirds of global production.

With a record bumper crop in 2017, the price of the bean fell for a second consecutive year, this time by 11%.

Falling demand in major import markets such as the US, where rising health concerns have drastically reduced consumption of chocolate, saw the 2016/17 season end with 335,000 tons of surplus cocoa, nearly 7% of that year’s production.

A victim of its own success, Ivory Coast has taken the most strenuous measures to curb production.

On October 1, 2017 its Conseil du Café-Cacao slashed payments to farmers by a third, to 700 CFA francs, or USD1.43/kilo, some USD27 less per bag than offered by the cocoa board in neighboring Ghana.

These are the lowest rates Ivorian farmers have received since 2012.

The cuts are having a huge strain on the estimated 6 million people dependent on the industry for their livelihood—more than 25% of the population.

Not surprisingly, farmers and smugglers have been streaming across Ivory Coast’s borders since late 2017, prompting an exodus of some 100,000 tons of Ivorian beans between October 2017 and February 2018 across the eastern border to Ghana, and another 25,000 across its western boundaries to Guinea and Liberia.

Taken together, some 9.2% of arrivals since October have been smuggled out of the country. For an industry that represents 15% of all state revenues, this is no laughing matter.

Between faltering rain in the opening months of 2018 and the Conseil halting various programs to boost cocoa production, the Ivory Coast is now on track to slightly decrease its output to 1.95 million tons in 2018.

Along with drier weather and fears that Ghana’s is an increasingly unproductive and diseased crop due to aging forests, Ivory Coast’s expected cuts have helped push the price of cocoa up nearly 25% from January 15 — April 15 alone to around USD2,500.

Though this still only brings the bean to August 2013 prices, it brings some relief to the ICCO, an Abidjan-based organization, and the rest of the cocoa industry. Buoyed by rising demand in Asia, New York cocoa futures have the commodity finishing the year at USD2,729/ton, a huge uptick on the USD1,700 reached in December 2017.

While Asian demand for chocolate is expected to grow by 3-4% in 2018 (compared to global growth of 2%), its appetite for cocoa powder, which is used to flavor cakes, beverages, and biscuits, is projected to grow by 5%. Though cocoa grind has been steady since September at USD2,000, both cocoa butter and cocoa liquor are up since then, to USD5,000 and USD3,000/ton respectively.

With negative chocolate consumption growth in much of the developed world, this is welcome news for those traveling to Berlin next week.

The forest for the trees

But it’s far from their only concern. Next week’s summit has the curious irony of being hosted by what is arguably the world’s greenest country, Germany, which also happens to have quite a sweet tooth. Second only to Switzerland, the average German consumes 7.89 kilos of chocolate per year.

But this addiction has consequences that go well beyond dental hygiene.

Responsible for more than 70% of global production, West Africa has also lost 80% of its rainforest cover to deforestation since the 1960s, much if not most of which can be attributed to the world’s insatiable appetite for the other black gold.

As the world’s unrivaled producer, Ivory Coast stands at the forefront of this ecological catastrophe. Just two generations ago, over a quarter of its land mass was covered in rainforest. Today that figure stands at 4%. If unabated, it will disappear by 2030.

Not only are forests in protected areas disappearing at twice the rate of non-protected areas; many farmers are under the impression that recently deforested zones prove the most fertile for cocoa bean cultivation.

Yet once the shade-bringing trees have been felled, the cool climate that once shielded cocoa plants yields to a harsher, hotter, drier environment not amenable to cultivation, even in the mid term.

Practice what you eat

In the long run, it will take more than Ivorian cuts and higher Asian demand to make the cocoa industry fully sustainable. Until then, six million farmers across the West African cocoa belt will suffer the vagaries of wildly fluctuating prices without being able to plan for the future.

To make the industry work at every step of the production chain, consumers may have to grow as generous and demanding of labor and cultivation conditions as they are of the quality of the final product.