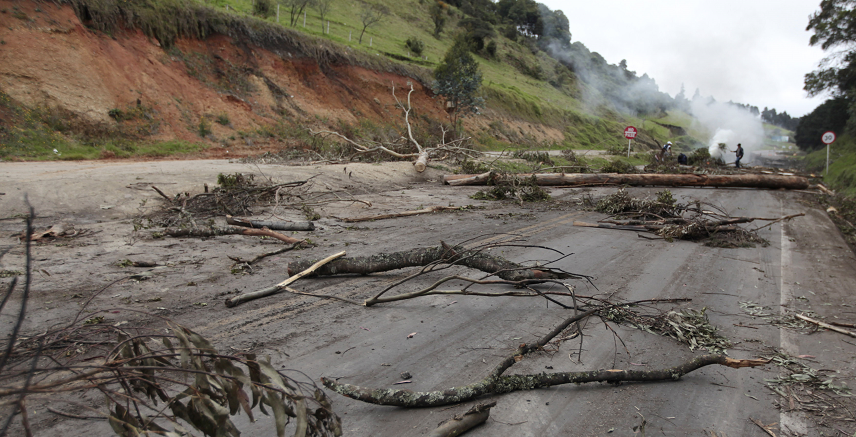 Eyes on the Road

Share on:
Colombia is rolling out an integrated road surveillance system in a nationwide attempt to improve safety and security.

President Iván Duque himself was present for the launch of a new pilot system for Colombian political leader was speaking to a room full of reporters and law enforcement, from within the strategic division of the Police General Directorate, to talk about SITRA.

The Integrated Transit and Transport System (SITRA) is a new program designed to help national and local authorities better respond to emergencies involving both cargo and passenger public transport.

The system will integrate all the monitoring platforms used by public transport companies in the country with that of the police, using georeferencing to link police cameras and emergency alarm systems.

Already, 2,250 are being monitored, belonging to the Expreso Brasilia, Rápido Ochoa, TDM, and TCC transport companies, covering 261 road quadrants and making use of over 200 mobile communication and georeference devices. These vehicles now count with the constant and direct support of the police in case of emergency.

As the SITRA system is further rolled out, Colombian authorities expect over 600,000 transporters will be affiliated with the system, giving the police complete control over the country’s public transportation vehicles on the road at all time.

Now, if the Red de Participación Ciudadana sounds a bit like the beginning of George Orwell novel, it is for good reason. It is part of a wider initiative named the “100-day Shock Plan” which the president launched in August.

This national security plan is based on the motto “El que la hace la paga,” which translates as something like “You do the crime, you do the time.”

The national police will perform 582 major security operations against the ten most worrisome types of crime affecting the Colombian society today.

Following these directives from President Duque, on top of this extensive operation, the police will also carry out over 730 different activities related to citizen participation within the framework of the RPC, which will involve public and private entities, unions, NGOs, and the population at large, focusing on reinforcing security and the respect for the constitution, within which SITRA will take on the role of reducing road accidents and fatalities.