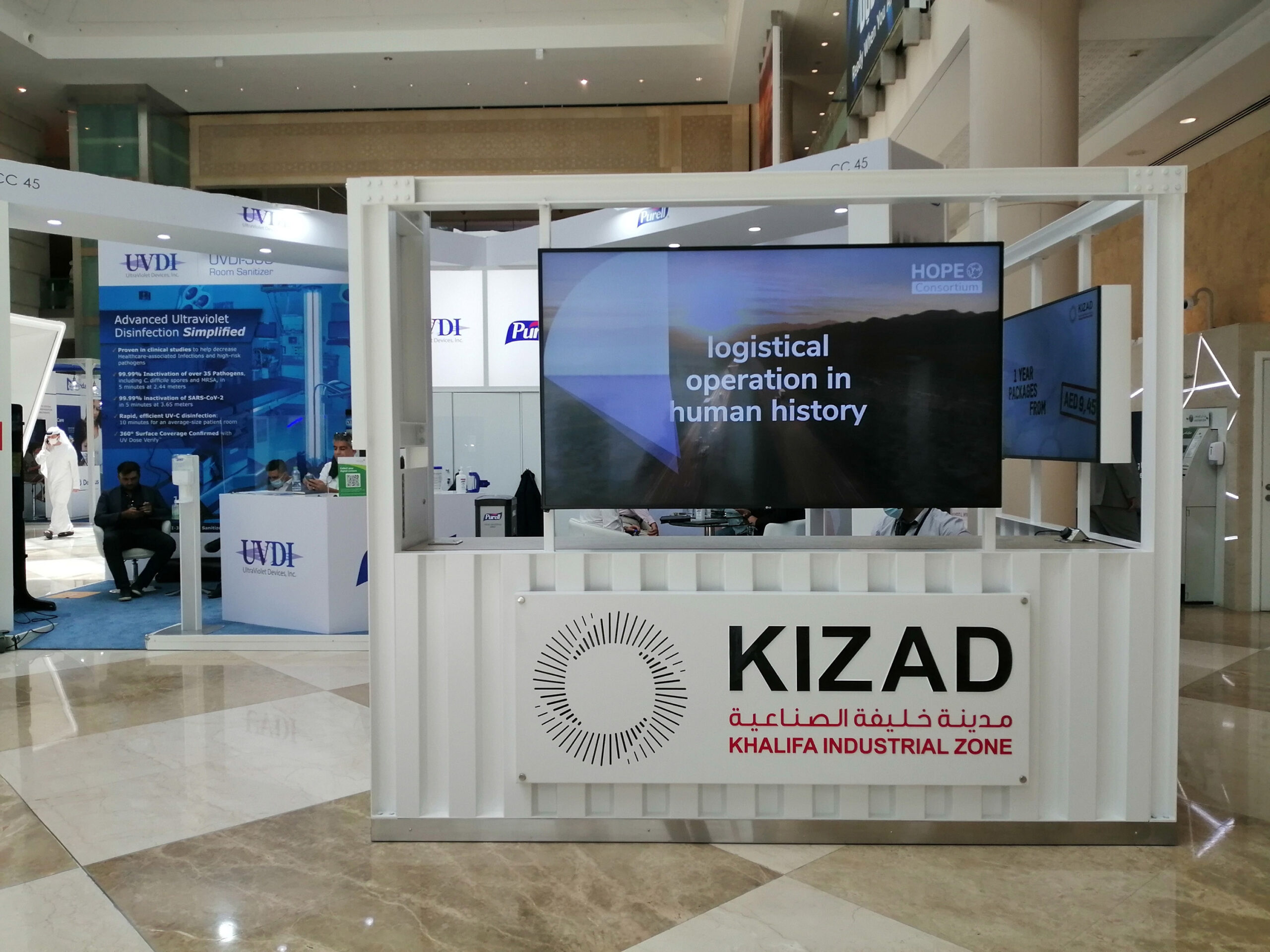 Share on:
Large-scale infrastructure development projects in the Khalifa Industrial Zone of Abu Dhabi (KIZAD) over the last decade have turned Abu Dhabi into an ideal hub for the distribution, and perhaps manufacturing, of a forthcoming COVID-19 vaccine.

Almost 10 years ago, Abu Dhabi launched a state-of-the-art free industrial zone to boost the activities of the non-oil sector, with an emphasis on exports. Now, in the wake of the COVID-19 pandemic which has been plaguing the world for well over a year, Abu Dhabi’s new free industrial zone seems to be an ideal location for the manufacturing or distribution of COVID-19 vaccines.

Let us first briefly review the background of the KIZAD. After its completion in 2010, KIZAD was officially inaugurated in 2012. As a multibillion-dollar enterprise under the watch of Abu Dhabi Ports Authority, KIZAD’s main mission is to contribute to the economic diversification of the UAE.

The feasibility studies for a world-class industry park in Abu Dhabi—which later evolved into KIZAD—had begun as early as the turn of the millennium, and an appropriate piece of greenfield land in Taweelah, next to what is now Khalifa Port, was set aside for the purpose. The site is strategically located between the UAE’s easternmost and westernmost points, with good access to the country’s inland cities, such as Al Ain.

The allocated site also enjoys a good access to both Dubai and Abu Dhabi, as it is located along the famous E11 highway, almost halfway between the capital city and the most populous metropolis of the UAE. The site’s proximity to Khalifa Port is not by accident, either: during the feasibility studies, the planners wanted their future free industrial zone to be as close as possible to a cutting-edge port facility.

To encourage foreign investors, meanwhile, KIZAD will soon be the first free zone in the UAE where foreign nationals can have the complete ownership of their properties. If all goes according to plan, by 2030 KIZAD will draw enough investment that its contribution to the non-oil GDP of the UAE will stand at 15%.

However, currently and under the specter of COVID-19, many are sizing up KIZAD’s potentials for helping the UAE during the pandemic. As more and more pharmaceutical giants are patenting their proposed vaccines, many think that the KIZADi is an ideal hub for the mass production and distribution of COVID-19 vaccines across the Gulf region—and perhaps beyond.
Fortunately, KIZAD has been a pioneering center of excellence in pharmaceuticals since well before the first case of COVID-19 was officially reported in Wuhan, China, in the first days of the year 2020. The construction of the most ambitious pharmaceutical research and manufacturing project in the GCC began in 2014 in KIZAD.

Back in 2014, KIZAD’s management announced that “over the next five years, LIFE Pharma, which is part of VPS Healthcare, plans to invest AED587 million (around USD160 million) in the new KIZAD plant.”
The project came to a close well ahead of time in 2018. LIFE Pharma’s official page notes that the company’s plant in Abu Dhabi is involved in some of the “most complicated and disciplined areas of pharmaceutical manufacturing including oncology, vaccines, and sterile injection manufacture,” adding that a multinational team of experts is currently assembled in the company’s KIZAD plant.

Other notable pharmaceutical companies capable of the manufacturing of vaccines in the free industrial zone include Neopharma, Modern Pharmaceutical Company, and City Pharmacy, among a few others. It is not yet clear which pharmaceutical manufacturers based in the Khalifa Industrial Zone will acquire a license from a vaccine developer to mass produce a COVID-19 vaccine approved by the World Health Organization (WHO). However, KIZAD can contribute to the fight against COVID-19 across the GCC in other ways, as well. Given the very specific storage conditions that COVID-19 vaccines require, especially in terms of temperature, KIZAD is among the few hubs in the region equipped with the essential infrastructure to store vaccines such as Moderna’s mRNA-1273 or Pfizer and BioNTech’s BNT162b2 in huge numbers.

Thanks to the industrial zone’s state-of-the-art infrastructure for warehousing and regional distribution, KIZAD can also function as a distribution hub not only for the GCC, but also for the entire Middle East and North Africa (MENA) region. KIZAD is only 35km away from the Abu Dhabi International Airport, which has regular cargo flights to almost all capital cities in the MENA region with flight durations under 2 hours.

It is expected that the government of the UAE will draw on the potentials of KIZAD over the year 2021 as the country’s nationwide vaccination program continues.