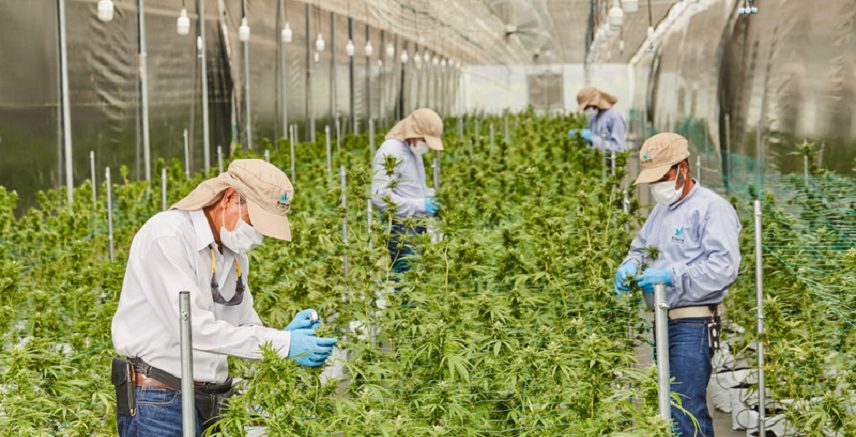 Share on:
As the Colombian medical cannabis sector expands, investors and producers are focusing on compliance and security to get their businesses off the ground.

The global attitude toward medical cannabis has seen a dramatic shift in recent decades, as legalization of Cannabis products for medical purposes becomes more widespread.

In fact, the history of Colombia has been attached to medical use of cannabis for a longer time than might be obvious.

Cannabis leaves have long been used to produce ointments or make tea to alleviate pain in most nations of the Andes region.

The difference today is that this practice is moving from tradition into the modern market, which means industrial efficiency and international standards are rapidly coming into play, driven by expectations for the industry’s money-making potential in the coming years.

The liberalization of the production, commercialization, and export of medical cannabis and derivative products is having a transformative effect on the market, which is in a prime position to become a global leader in the area.

Demand is rapidly growing in markets across the world, particularly Canada. The industry has the potential to bring great capital gains to the Colombian economy.

Some estimates indicate that Colombia is already responsible for about 44% of the world’s supply of medical cannabis, which, for now, remains the exclusive purpose of the country’s cannabis production. However, legislation and bureaucracy represent the biggest hurdle for investors and entrepreneurs in the sector.

Colombia offers four types of licenses related to the production and processing of medical cannabis. To be sure, the actual flower of the plant, which is commonly used for smoking, cannot be sold, and only by-products can be exported.

They are treated on a project-by-project basis, with each company having to define the areas for cultivation and the strains of the plant that they wish to plant in order to be able to legally produce these products.

In addition to production of medical cannabis, Colombia’s regulations also allow for the commercialization of CBD cosmetics products. Licensed medical cannabis producers, including Khiron Life Sciences, have tapped into this opportunity to market cannabidiol-based products targeted to consumers. In 2018, Khiron became the first fully licensed medical cannabis company to receive approval from INVIMA (Colombia’s National Food and Drug Surveillance Institute) for the commercialization of cannabinoid-based products, and subsequently, was the first to launch a CBD cosmeceutical line later that year. The line, known as Kuida, is now distributed through online, wholesale as well as experiential retail channels across Colombia.

In many ways, the last few years have been incredible for this booming sector. The rapid legalization of medical cannabis in many places across the world has created demand that needs to be met. However, at the same time, Colombian leaders have been trying to keep up with market evolution to make sure that the sector is well regulated and kept up to standards in terms of security, quality, and transparency.

That is a cumbersome process that can make compliance challenging for local operators.

Khiron has received approval from the National Cultivar Registry and the Technical Direction of the Colombian Agricultural Institute for the registration of 22 strains of cannabis, which gives Khiron approval to use these strains for commercial purposes. Khiron has additionally chosen to apply standards established by the US Drug Enforcement Agency across its newly completed 14,000 sqft cultivation and extraction facility in Doima as a pre-emptive measure for what is expected to be an increasingly regulated sector in Colombia.

Matt Murphy, Khiron’s VP of Compliance, told TBY that “the pharmaceutical industry in the US is one of the most highly regulated in the world, and the DEA regulates the Controlled Substance Act through the Code of Federal Regulations, which mandates how any producer, distributor, prescriber, or dispenser of controlled substances adheres to the rules and regulations.”

But the process of complying with their rules involves a considerable learning curve.

“Creating our culture of compliance revolves around several initiatives, including educating and training employees on best compliance practices, implementing DEA-level diversion prevention protocols, and ensuring a strong understanding of ethical practice on the part of management and employees alike,” Murphy added.

Colombia’s complex climatic and topographical features imbue it with a high level of biodiversity, and mark the country out as a natural host for large-scale cannabis cultivation operations. Equally, the country’s ports at Cartagena, Santa Marta, and Buenaventura offer unrivaled export channels across Latin America as well as north to the US and Canada.

But these advantages, combined with the substantial efforts to liberalize and regulate the market, have not been enough to completely remove the stigma associated with the plant. The consumption of cannabis remains a contentious social subject, and any mistake in its production for medical purposes could be seen as a reason to rescind the progressive measures recently introduced by the government.

For this reason, each player in the market will need to focus on compliance as an absolute priority in the coming year, ensuring facility security and compliance to every directive from the government is essential for the many investors that are now entering the Colombian medical cannabis market.

In the case of Khiron, adopting DEA-level security protocols has been a critical element of its compliance strategies and efforts to set the bar for the industry.

Auditing individual entities in the distribution chain by sending personnel to check for 100% compliance ensures that no weak links are tolerated. This allows for a comprehensive safeguarding of all compliance procedures across the company, and is guaranteed by the use of cutting-edge technology from the US, including GPS tracking and infrared.

Ultimately, however, the medical cannabis industry has been in Colombia for less than two years; regulatory enforcement on the part of the state is bound to evolve in the coming year, as unforeseen challenges emerge.

With firms like Khiron leading the path forward on industry issues, from compliance to innovation, Colombia will undoubtedly play a pivotal role in the USD31 billion global cannabis industry to come.