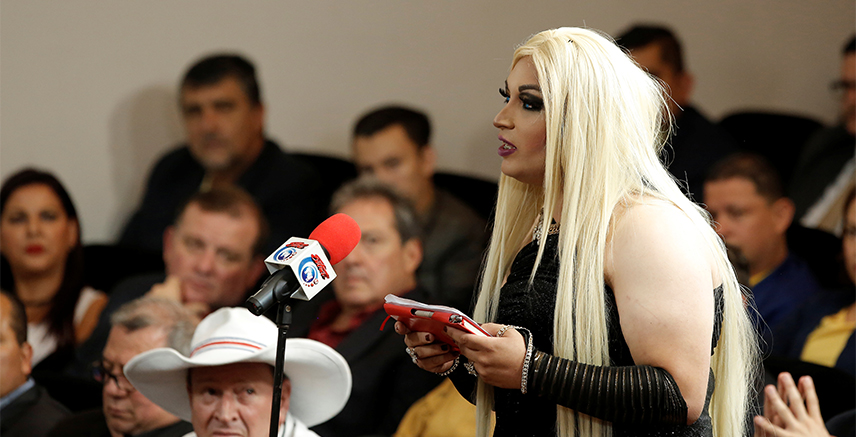 Election round results surprise many

Share on:
Costa Rica's young and little known presidential contenders have until Easter Sunday to convert the country.

Some are already calling Costa Rica’s first round of presidential elections on Sunday the ‘strangest’ of the century.

For the first time since 1953 the National Liberation Party (PLN) will not field a candidate in the final runoff of this year’s election.

They will go on to face each other for the top prize on April 1.

For a country whose only brief experiment with military dictatorship lasted from 1917-1919, Costa Rica’s peaceful and prosperous historical trajectory has set it apart from the vast majority of its Latin American peers.

However, the controversial ruling by the Inter-American Court of Human Rights (IACHR) on January 9 requiring all signatories of the American Convention on Human Rights to legalize same-sex marriage has created tension in Costa Rica.

As a signatory to the convention, the ruling had a considerable impact on voters’ choices in the weeks leading up to yesterday’s ballot.

Though four out of five of the leading candidates signaled their intent to implement the IACHR’s landmark decision, Fabricio Alvarado of the National Restoration Party quickly made a name for himself nationally by coming out hard against the ruling.

Just like George W Bush in 2000, he has marshaled the country’s most conservative Catholic and Evangelical elements, leading to his winning 24.7% of votes on Sunday.

Though a country known for its pura vida tolerance and easygoing humanism, only 29% of this mostly Catholic and overwhelmingly Christian country support same-sex marriage, and a full 61% are opposed.

While Fabricio Alvarado is far from the favorite to win on April 1, the little known deputy first elected to congress in 2013 has built his political career on a solid diet of culture war “haterade.”

He is vocally opposed to the legalization of maurijuana, in-vitro fertilization, abortion, and same-sex marriage.

Running on a pro-life and pro-family platform, he has vowed to “eliminate gender ideology” altogether.

Though the shtick seems to be working, the question is whether it will be enough to outmaneuver the photogenic Carlos Alvarado of the ruling National Action Party on April 1.

Minister of Human Development and Social Inclusion before leading the Ministry of Labor under outgoing president Luis Guillermo Solí­s, he was only polling fifth as late as December but has surged in the weeks Sunday’s vote.

With the full backing of the outgoing President Solí­s, himself constitutionally banned from running for a second consecutive term, the election now looks like Carlos’ to lose.

To be sure, Fabricio fared even worse in that same December poll, coming in dead last among major contenders in 6th place.

Though Costa Ricans are indecisive in the run-up to this election—many telling pollsters Sunday morning they’d yet to make up their minds—it seems all but certain that Fabricio wouldn’t have stood a chance prior to the IACHR’s January 9 ruling on same-sex marriage and the popular backlash he was able to incite against it.

In a country where traditional party loyalties have greatly frayed and a budget deficit over 5% strains state finances, the question for the two candidates duking it out is clear.

Will the election be decided by the culture wars or the economy?