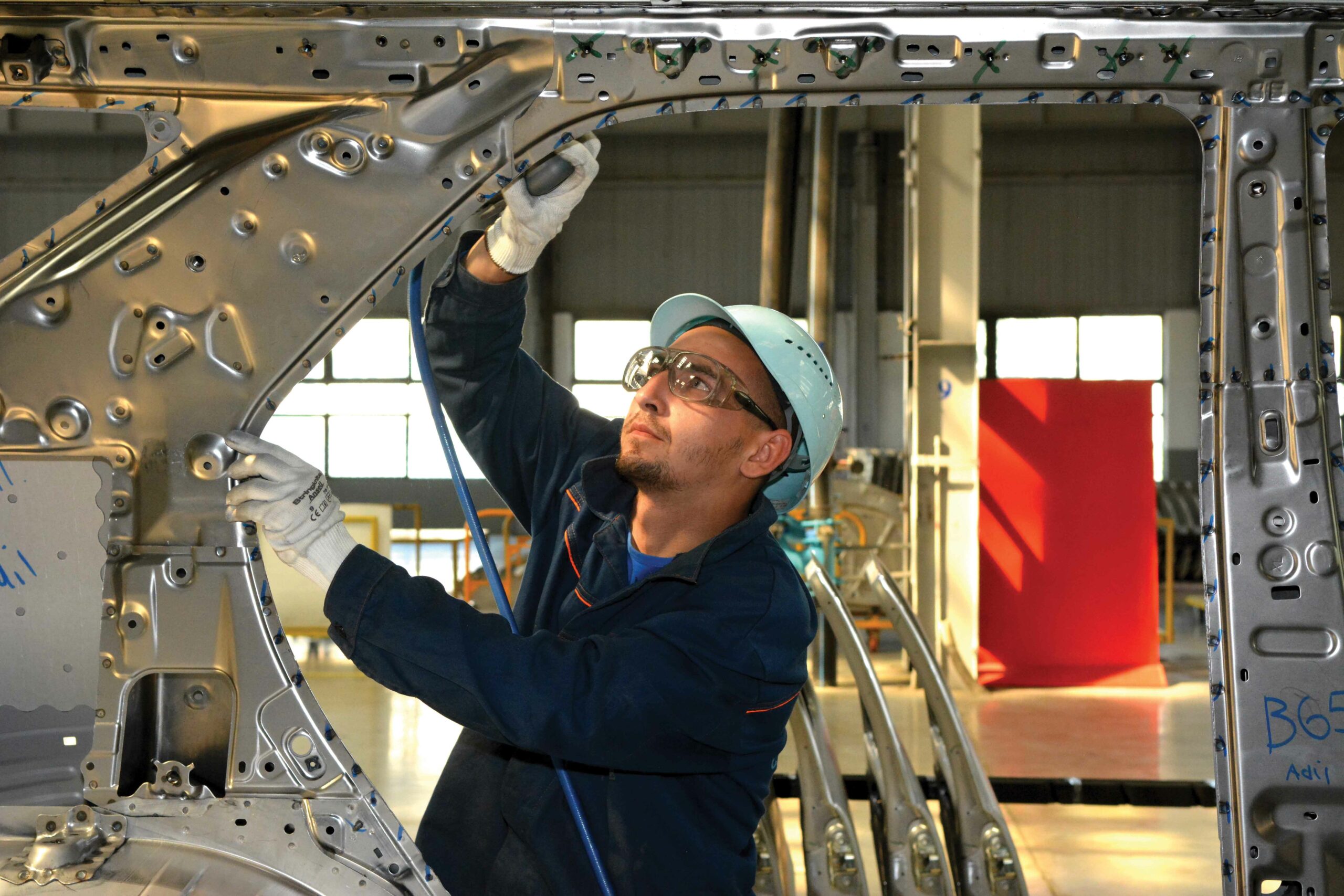 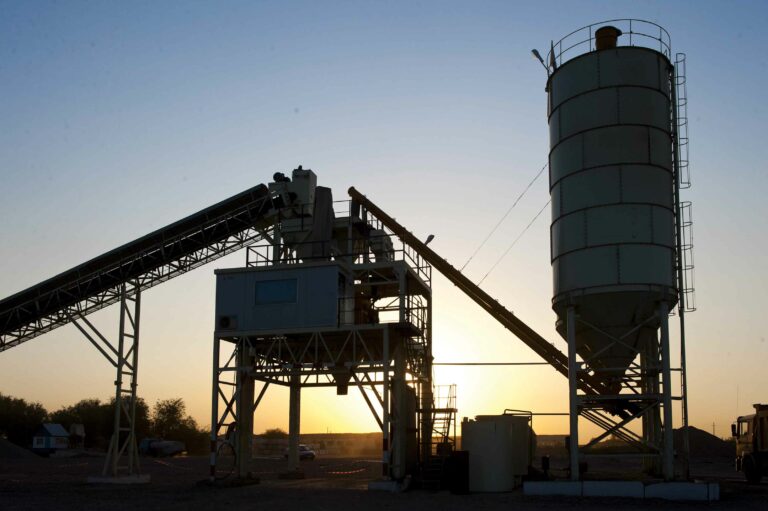 A Central Asian success story, the country's industry sector is experiencing steady growth as the export market for minerals and natural resources—particularly to China—continues to increase.

Kazakhstan’s industry—and hence its economy—is dominated by the country’s huge reserves of oil, gas, and minerals. Energy and mining account for over 50% of GDP, and of this industry makes up 28%. Its reserves of oil, minerals, and metals are vast. The World Bank’s Doing Business Report 2014 ranks Kazakhstan 50th out of 189 countries, up three places on 2013 and far ahead of Russia, at 92nd place. The country is ranked the 32nd most competitive country, ahead of Russia at 38.

Kazakhstan has experienced strong growth in the past 10 years, with exports passing the $3 billion mark in 2014, though the rate has leveled off a little over the past year. By the end of 2014, GDP was up 4.1% YoY. The former Soviet state is the most important economy in Central Asia nowadays, and possesses some of the largest mineral and hydrocarbon reserves in the world. Although Kazakhstan is highly dependent on the exportation of crude and related products, is actively working on the diversification of its industry.

The oil and gas sector is the engine of the Kazakhstani economy, and a crucial component of its development. Kazakhstan’s reserves are the second largest in Eurasia, and the 12th largest in the world. It’s also the second largest energy producer in the former Soviet Union after Russia, and generates the second-largest oil production of all CIS countries. The country’s reserves are estimated to be between 9 billion and 29 billion barrels (equivalent to those of Algeria and Qatar, respectively). Kazakhstan’s two largest oil projects, Tengiz and Karachaganak, accounted for around half of the country’s 1.7 million bpd production in 2014.

Kazakhstan started its oil projects as far back as 1911, when the country was still a part of the Russian empire, but it didn’t become a major producer until the 1960s and 1970s, when production reached a peak of 500,000 bpd. Since then, Kazakhstan has become one of the most significant petroleum producers in Asia. The estimated total petroleum and other liquids production was 1.7 million bpd in 2014, and in January 2015, Kazakhstan produced 3 million bpd.

In terms of strategy, Kazakhstan has looked to the longer term, and regardless of the drop in oil prices over the last year, has maintained or even expanded its itinerary of investment and development of the oil sector. The vast expansion of the Tengiz field is expected to increase oil production from 24 million to 36 million tons per year. The operator, TengizChevroil, has made the decision to keep developing the field’s infrastructure, which is already underway.

In October 2014, the government announced a plan to expand the onshore Tengiz oilfield, at a cost of $40 billion. KazMunaiGas, the state oil company, and a consortium of foreign firms, owns the field, and the firm plays a vital role in managing the country’s oil and gas sector.

The government forecasts that petrochemicals and chemical exports will account for 5% of total manufacturing output, or $2.5 billion, by 2019. To help meet this target, the government has a program to modernize its three main refineries and increase output to 19 million tons per year over the same period. This is the minimum increase needed if the country is to keep up with domestic demand.

Kazakhstan has plenty of resources besides hydrocarbon reserves. The mining and metallurgy sectors make up over 9% of the country’s GDP. Minerals and other natural resources accounted for 74% of Kazakhstan’s industrial output in 2014. The richness of Kazakhstan’s soil is massive; it ranks 6th in the world in terms of mineral resources reserves. Of the 110 elements in the periodic table, 70 have been confirmed as being present in industrial quantities in the country, and fully 60 are currently being extracted in Kazakhstan. The country is rated 4th in the world for its copper reserves, 6th for zinc, 7th for cobalt and cadmium, and 8th for gold.

Kazakhstan is also the world’s largest uranium producer, with an estimated 12% of the world’s uranium resources. Kazakhstan produced 2,300 tons of uranium in 2014, and the prospects for growth in demand are excellent.

Since 2005, more than $55 billion has been invested in the country’s mining sector. Business Monitor International calculates that, by 2017, the mining industry in Kazakhstan will be worth $29.5 billion.

Kazakhstan specializes in manufacturing mainly smaller parts and electrical equipment, particularly centrifugal pumps, insulated and fiber-optical wires and cables, and electrical transformers. Investment in machinery and tools is around 30% of the total investment, and manufacturing machine parts generally is up around 12% YoY. Exports from the sectors of machinery, equipment, and vehicles accounted for 1.5% of the total, or $1.2 billion in 2014. Machinery makes up 40% of imports, worth some $19.5 billion in 2013.

The light industry sector is dominated by SMEs, who form around 80% of the companies registered.

As Kazakhstan expands its industrial options, it has become clear that one of the main sectors of this economy is the automobile market. Kazakhstan’s car industry expanded markedly in 2014, producing $2 billion worth of products. After Kazakhstan entered the Custom Union, the automobile sector started developing at a fast speed, since Kazakhstan’s 17 million-people market was too small to support a full development of this industry.

The car industry in Kazakhstan has the potential to produce 300,000 cars per year, according to Andrey Lavrentyev, president of AllurGroup, and create more than 20,000 jobs. A full-cycle plant with the capacity of producing more than 120,000 cars is currently being built in Ust-Kamenogorsk, and the production of trucks and buses has been established in Almaty Oblast. These facilities are expected to produce 190,000 cars annually by 2017.

Given its wealth in terms of hydrocarbons, minerals and, increasingly, its manufacturing prowess, the future for Kazakhstan’s industrial sectors looks bright. The government has to overcome the engineering obstacles that have delayed, and curtailed, production from the key shallow oil fields of the Caspian. By reassuring investors with improved infrastructure and renewed FDI strategies, the government is looking to expand its main industries and continue the steady increases in output the country has seen over the past few years.