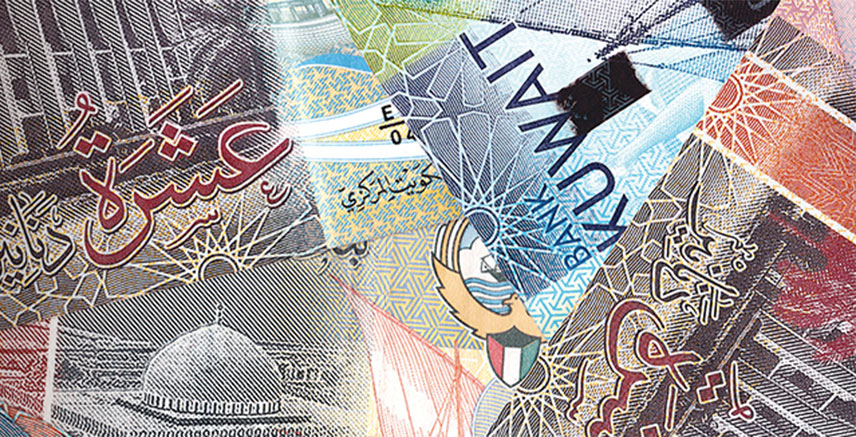 Diamond in the Rough

Share on:
The strength of the Kuwaiti banking system continued through 2015, with the real estate and housing markets fueling credit growth.

The financial system of Kuwait is predominantly bank based, with banking institutions accounting for approximately 80.6% of the country’s financial sector. According to data from the 2014 Financial Stability Report, prepared by the Central Bank of Kuwait (CBK), traditional instruments of financing form the core of the sector. As of end-2014, loans accounted for as much as 61.5% of consolidate assets across the banking sector. Financial assets, such as fixed income instruments, equity shares, government-issued securities, and real estate investments, accounted for 15.6% of total bank assets through 2014 and constitute the next largest segment of the banking sector. Customer deposits accounted for 59.4% of consolidated liabilities in the banking sector in 2014, an indication of the strong deposit base that enables Kuwaiti banks to so successfully intermediate the country’s financial markets. After a modest slowdown in 2014 during which the banking sector recorded a consolidated net income of just $1.71 billion, profitability growth in the sector rebounded by 26.5% YoY to reach roughly $2.16 billion in consolidated net income in 2015. Credit growth in Kuwait has maintained a consistent recovery since the 2008-2009 global financial crisis. Consolidated loan portfolios of the banking sector further expanded by 11.5% YoY in 2014 to $13.82 billion, the strongest annual growth of the last five years. Government revenues as a percentage of total GDP declined from 73.9% in 2013 to 69.8% in 2014, a reflection of declining oil revenues and an increased effort to bolster the role of the private sector in driving economic growth. Despite the immediate effect of declines in traditional hydrocarbon revenues, total credit from the banking sector was projected to grow between 8-9% during 2015. This resilience in economic growth in spite of challenging market conditions is aided in part by the fact that Kuwait has one of the lowest external break-even oil prices in the world, making energy a robust industry for financing public spending. According to the 2015-16 edition of the World Economic Forum’s flagship publication, the Global Competitiveness Report (GCR), Kuwait was ranked as having the THIRD strongest overall macroeconomic environment and the world’s highest government budget balance, at 25.5% of GDP. The GCR also ranked Kuwait second in terms of gross national savings, at 51.9% of GDP, and fourth in terms of general government debt, at 7.1% of GDP. The government’s current account retained a healthy surplus of approximately $50 billion in 2014 (31.7% of GDP), a sovereign net foreign asset total of $529 billion (323% of GDP), and $38.6 billion in external debt (24.5% of GDP). It is these fiscal buffers that give Kuwait the capacity to sustain the continued increase in the number of government megaproject contracts awarded, a vital catalyst for sustaining credit growth in the banking sector.

The performance of the banking sector is closely tied to trends in the real estate and housing markets, which represent a key segment of institutional investment lending. In the past four to five years, real estate has been one of the main channels for facilitating flows from the capital markets, as most other sectors in Kuwait are underdeveloped and offer few immediate opportunities for investors. Loans to the household and real estate sectors in 2014 accounted for 45% of total gross loans. Outstanding credit to borrowers in the household and real estate sectors totaled $29.93 billion and $30.2 billion, respectively, at the beginning of 2015. Real estate loans’ share of banks’ consolidated credit portfolio declined slightly from 23.2% in 2013 to 22.5% in 2014. Real estate still remained the most significant customer segment for lending activities from both conventional banks and Islamic banks. Real estate sales rose by 19% to a record $14.51 billion in 2014, with particular surges in the commercial and investment segments. This booming market, driven largely by growth in investment real estate, led to an 8.4% increase in bank lending to the real estate sector during 2014, making it the strongest year since 2010. Just 1.1% less than total lending to the real estate sector, the $29.93 billion extended by banks to the household sector marked an 11.8% growth in 2014, a marginal decline compared to the 17.1% growth in household loans in 2013. Despite this decline, 2014 was the fifth consecutive year in which the banking sector registered double-digit growth in loans to the household sector. This positive trend continued into 2015, when household borrowing as of 1H2015 grew by 12.5% YoY and accounted for more than half of the gains in total credit growth during the first two quarters of 2015.

Although respondents to 2015-16 GCR in Kuwait indicated access to financing as the third most significant impediment to doing business in the country and the report ranked the national financial market development 73rd in the world, the soundness of its banks was ranked 37th. The GCR also ranked Kuwait 27th in terms of its credit rating. The banking sector of Kuwait is comprised of 23 banks, including 11 international banks, five commercial banks, one niche service bank, five traditional Islamic banks, and one specialized Saudi Arabian Islamic bank. Some of the most important banks are Kuwait Finance House, Burgan Bank, Gulf Bank, Commercial Bank of Kuwait, Al Ahli Bank of Kuwait, and National Bank of Kuwait (NBK), by far the largest bank in the country. NBK was established in 1952 as the first local bank in Kuwait, as well as the first company to issue public ownership shares in the GCC. As the dominant leader of market share in Kuwait’s robust banking sector, the performance of NBK serves as an indicator for several key indicators. According to a 2015 report, NBK was the 2014 leader in total assets ($74.4 billion), customer deposits ($38.5 billion), customer loans and advances ($40.7 billion), and net profit ($935 million)

FAITH IN THE SYSTEM

Though conventional banks still hold a 60.3% share of the banking system on a consolidated basis, the Islamic banking system’s 38.7% consolidated share of the banking sector represents one of the most significant networks of sharia-compliant banks of any country utilizing a dual banking system. National Bank of Kuwait became the only banking group to offer both Islamic and conventional banking after its consolidation of Boubyan Bank in 2012. The consistent growth of the Islamic banking sector highlights the effectiveness of efforts by the Central Bank to ensure that conditions in the financial system are conducive for growth for conventional banks and sharia-compliant banks. Following the blow to investor confidence in the fallout from the 2008 financial crisis, many customers find the asset-based collateralization used in sukuk (Islamic banking funds) more attractive than the business model of conventional banks. According to the 2014 Financial Stability Report by CBK, the decline in the cost to income ratio for banking sector from 45% in 2013 to 42.9% in 2014 was driven largely by the 11.9% reduction in operating costs for Islamic banks during 2014.

RULES OF THE GAME

The banking sector is closely regulated by CBK, which replaced the Kuwaiti Currency Board in 1968 as the institution responsible for enacting monetary policy after decades of loose regulation involving serious administrative conflicts of interest. The mandate for the CBK is to maintain stability throughout Kuwait’s financial system by monitoring credit levels of lending institutions, liquidity in the banking sector, and implementing prudential regulation. Its board of directors is made up not only of the head of the Central Bank, but also representatives from the Ministry of Finance and the Ministry of Commerce and Industry, as well as several external members. The strength and stability of the Kuwaiti banking system is largely a result of the efficacy of the CBK. After annual inflation of the consumer price index reached 2.9% in 2014, rising domestic pressures pushed that figure all the way up to 3.5% through 3Q2015. By September 2015, however, these pressures were contained an inflation leveled at 3.1%. This success of the CBK in responding to this spike in inflation bodes well for the future of the country’s financial system.

In addition to administering changes in monetary policy, the CBK has been praised for its regulation of the banking sector in accordance with global best practices. The country will have fully adopted the updated the Basel III guidelines by December 2016, well ahead of the internationally agreed upon starting date of January 2019 for countries to comply with the new set of standards. With its changes to definition criteria for asset categorization and stricter stipulations regarding financial controls, the prompt implementation of the Basel III guidelines is further evidence of the commitment to ensuring the strength and stability of the financial system of Kuwait. Minimum capital requirements for Kuwaiti banks are already 2.5% higher than those outlined in the Basel III reform package. The consolidated capital adequacy ratio (CAR) declined to 16.9% YoY in 2014 from 18.9% in 2013. The CBK’s Financial Stability Report indicates that this decline in the CAR was partially due to its calculation under the new Basell III criteria; under the previous Basel II standards, the CAR would have actually increased to 19.3% in 2014.

The largest contributor to non-oil GDP in Kuwait has long been the financial sector. Financial services and banks accounted for a combined 46% of both the value and volume of all trades on the Kuwait Stock Exchange through 1H2015. The continued strength of the financial system in Kuwait stands to benefit from formalization of corporate governance measures and opening up the banking system to include more foreign banks, which currently accounts for just 3.8% of the consolidated banking system. The momentum of sustained government spending on large-scale projects and continued growth in the real estate and household markets give an optimistic outlook for banks in Kuwait heading into 2016.