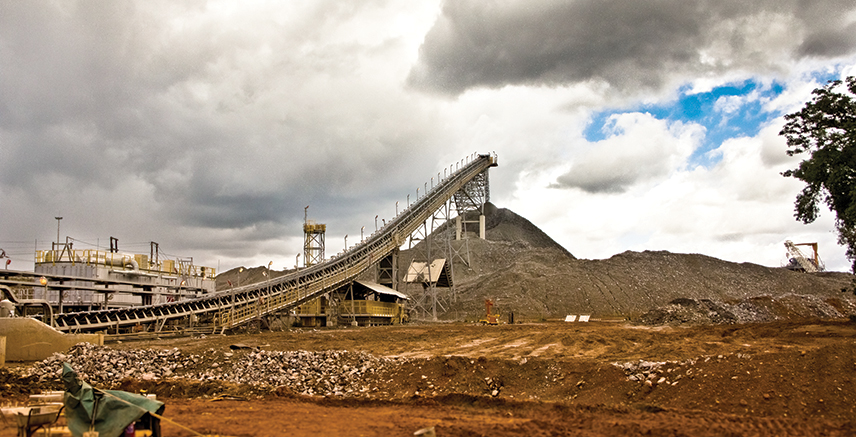 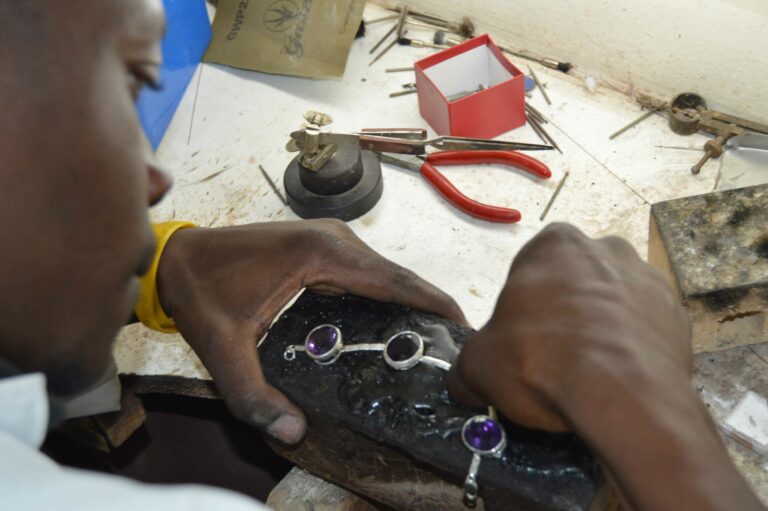 Contributing over a quarter to GDP, the mining sector is the backbone of the Zambian economy.

Zambia continues to play a leading role in global copper markets. Representing the lion’s share of exports throughout the country’s history, figures show that copper comprised 73% of the $12.2 billion in goods exported in 2013. In the approximately 15 years prior to 2013, the sector attracted over $12.5 billion in FDI to Zambia. Dominated by a small number of major firms, production is on the rise despite international volatility in the sector. The four major players expect to increase overall production to around 750,000 metric tons by 2022, up from 600,000 just five years ago.

Mining has long played a central role in the economy of Zambia. The country hosts the largest copper mine on the continent at Kansanshi, but activities in the sector began around a century ago. As far back as the 1920s, foreign-owned firms were given permission by colonial authorities to exploit the vast reserves of resources lying under the aptly named Copperbelt province. Organizations such as Cecil Rhodes’ British South African Company (BSAC) developed these concessions, and the investment made in these regions over the following decades by various private interests resulted in solid industrial development. By the time Zambia won its independence, the country was the third largest copper producer in the world, and up until the first half of the 1970s high global market prices for the metal were a blessing for the country. Eventually Zambia was to nationalize its mining sector, creating ZCCM to manage the extraction of resources. Despite President Kaunda’s intentions to share the mineral wealth of the country with its inhabitants, a drop in copper prices and a rise in transportation costs resulting from the international oil crises of the era sent the sector into a downward spiral. By the early 1990s, Zambia was heavily in debt.

However, despite general success in the development of the sector over this time, the 1995 Mines and Minerals Act soon became outdated and in need of renewal. By 2008, the country had been enjoying the fruit of several years of high copper prices which had financed the improvement of transportation and mining infrastructure and driven economic growth to record-breaking heights. That year, the Mines and Minerals Development Act was promulgated, establishing a framework for the sector and rendering obsolete the Mineral Development Agreements (DAs) which had governed private-public negotiations in the field to that date. Adopting a more robust regulatory structure fit in effortlessly with the broader shift toward stronger government oversight into concessions, something which has defined the sector more recently.

Crucially though, the provision of sufficient electricity for the running of mines has been a major issue. The Copperbelt Electricity Corporation—a public limited company tasked with supplying mining firms in the province with power, has faced difficulties in keeping costs down. It purchases electricity from the national grid ZESCO, and distributes throughout the area. However, over the past decade the cost of electricity there has doubled. Furthermore, inconsistent electricity flows have damaged equipment and created dangerous situations. This area is a high priority for the government.

Even more recently, the passing of President Sata led to uncertainty regarding state policy on mining, as talk of reforming the tax structure for foreign firms reached Copperbelt’s capital Ndola. The election of Sata’s successor Edgar Lungu led to the introduction of unprecedented tax hikes for mining companies across the board. Mining royalties were more than tripled to 20% on January 1, 2015, marking a significant change in policy and upsetting some of the state’s biggest generators of income. The rise had an almost immediate effect on the companies, already reeling from declining copper prices, but fit in to the recent broader trend of renegotiation of ownership agreements across resource-rich Africa.

Over the course of 1H2015, however, it became clear that the new tax scheme had rendered several of the companies unprofitable, and business leaders began warning of imminent mine closures and a subsequent rise in unemployment. Around 90,000 Zambians are employed in the sector at present, and job losses were expected to climb to over 12,000 had the taxes remained in place. Discussions in the new government led to a decision midway through the year to rescind the new tax regime and return to 6% mining royalties and 30% income tax, as well as to establish a 15% variable profit tax. It is hoped that returning to this model will give the sector the boost it needs to offset falling commodity prices. However, the industry considers even these revised rates as problematic. In conversation with TBY, Gen. Kingsley Chinkuli, Country Manager for First Quantum Minerals, noted that “Zambia remains the highest base metal tax jurisdiction in the world, so we would like to see further movement in this area and we are engaging the Government constantly through the Chamber of Mines to try and make Zambia a more competitive tax jurisdiction for investors.” The government has also sold 17.5% of its shares in ZCCM-IH to further safeguard against losses in revenue from the sector and to avoid widening the budget deficit.

Authorities will have to continue working hard to balance books as copper prices drop further. The value of copper hit a six-year low in 3Q2015, the lowest since the financial crisis in 2008, falling below $5,000 per ton. Fortunately, there is a lot of potential in other mined commodities such as gold, which represented 1% of GDP in 2013, diamonds, which stood at 0.31%, precious metal scraps at 0.79%, and precious stones which made up 0.42% of the total. Additional concerns revolve around the issue of pollution, which has made waves in the media this year as certain civil society groups complained of poisonous runoff in water supplies. Mining firms have responded with promises to investigate the claims, and to continue to develop environmental protection policies to protect nature.

Despite challenging circumstances of late, the government is continuing to develop and support this crucial economic sector. Given that mining contributes over a quarter to state revenue, and 12% to GDP, policymakers are well aware of the importance of maintaining healthy levels of production and necessary incentives for investors. Over time, the price cycles for these prized commodities will rise again, offering the government further opportunities to devise more effective legal and technical infrastructure and encourage continued, sustainable growth.