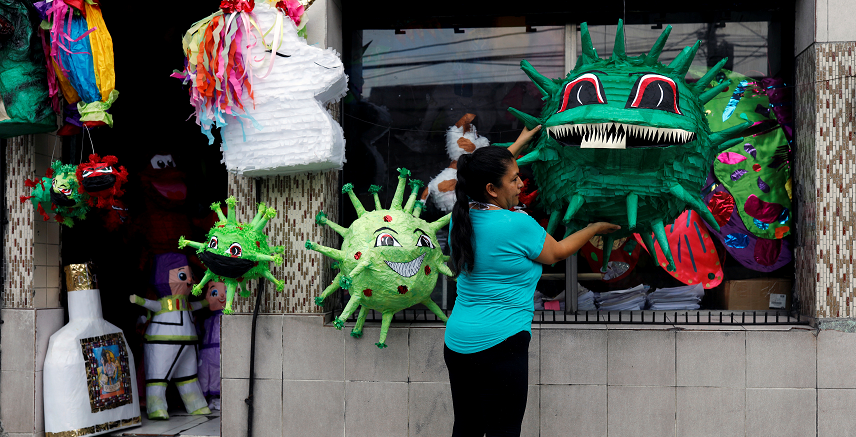 Share on:
Wildly differing responses to COVID-19 will alter the economic recovery in East Asia, Europe, and North America. Yet whatever their comparative recoveries, until a global faith in the free movement of capital, goods, and people is restored, we are heading for a new provincialism.

Pandemics can have a sick sense of humor. While the individual is left in limbo, on an emotional pendulum somewhere between paranoia and stoicism, states have an even more difficult decision: whether to shut it all down and risk economic collapse or keep the party running and risk widespread death.

Even now, with New York under a state of siege, many US voices claim we’re overreacting.

But one thing is becoming clear: countries’ recoveries are highly contingent on how quickly they responded to COVID-19 in the first place. Economic data from the Spanish Flu shows that American cities who reacted the most aggressively also saw the quickest recoveries, largely because their “stock of labor,” to put it crudely, remained most intact. The difference between then and now is that the Spanish Flu chiefly took those in the prime of their lives, while COVID-19 prefers the elderly and vulnerable.

Hence the second chief difference between recovery then and now in this age of quantitative easing: how quickly, and comprehensively, states can implement effective aid packages and stimuli. In both regards the world’s three predominant economic regions differ.

Yet another Asian miracle

It is no secret that East Asian countries reacted far more swiftly and aggressively to COVID-19 than their western counterparts. Scarred by the memory of SARS, China roped off entire cities and regions. Once the curve was flattened, it began implementing aggressive bio-tracking mechanisms such as “health code mobility apps” that people must show to security before they can enter parks, shops, and other public places.

Police are also using face-scanning apps to pull up people’s passport details and ensure they haven’t recently been abroad. The irony that recent surges in reinfections have come from foreigners entering China or Chinese returning from Europe and America cannot be underrated.

What China did with quarantining and intrusive surveillance, South Korea did with aggressive testing, checking nearly 1% of the population for COVID-19 by the end of March alone. Vietnam, however, is arguably the world’s unsung hero, with zero reported deaths from well into April.

Less prosperous than China or South Korea, the country of 97 million has relied on more traditional forms of resilience: the mass mobilization of medical and military personnel, capitalizing on the state’s network of informants to report people’s comings and goings—particularly if they’re thought unwell—and direct and transparent messages from the state-controlled media.

Nor have other Asian governments have shied away from aggressive quarantine measures. While Trump waited until March 12 to ban flights from the EU (at first excluding the UK and Ireland), Vietnam banned all flights with neighboring China on February 1. It even cordoned off large residential sections of the Vinh Phuc province on February 12 after it was learned that workers from Wuhan had returned.

Meanwhile, in the Philippines, President Duterte has cordoned off the entire island of Luzon, home to the capital of Manila and some 60 million people, through the end of May. In addition to declaring a one-month state of emergency on April 6, the Japanese government also issued a stimulus package to give USD2,800 to households affected by the economic fallout of the shutdown.

Taken together, these measures suggest that Asia’s recovery will be the quickest.

To be sure, it will still be a very painful year or two. China already showed its slowest growth in 30 years in 4Q2019 and is now on track to contract for the first time since Mao’s death. That being said, after 11 weeks of lockdown, trains are once again coming in and out of Wuhan, and manufacturing across the country is rapidly recovering.

Overall, it seems, a combination of quicker containment and aggressive top-down surveillance will allow Asians to back to work more quickly.

The tyranny of tolerance

The same can sadly not be said for Europe and North America. Though the White House and Congress acted aggressively to pass the largest stimulus bill in history, some USD2.2 trillion, much of that money will sit idle while states scramble to stem the spread of the virus.

Indeed, though the US benefits from the fiscal centralization needed to jolt supply and demand back into action once the virus has been contained, it lacks the mechanisms, both material and political, to stem the virus itself—a critical default that will delay America’s protracted recovery by at least several months.

In Europe, the problem is two-fold. Not only were attempts to stem the virus checkered across the continent—with Germany not only well-prepared (in terms of hospital beds and test kits) before the onslaught, but far more effective in its response than even, say, the neighboring Netherlands, where people flocked to the beaches by the thousands as late as mid-March—the continent lacks the ability to materially or fiscally respond en masse.

Not only did Italy’s Mauro Ferrari resign as president of the European Research Council after failing to persuade Brussels to set up a large-scale scientific program to fight COVID-19; upon leaving, Europe’s top scientist expressed his disgust at the EU’s apparent failure to act with any coordination or foresight whatsoever.

The EU’s failure to develop a coordinated response to the virus foreshadows its inability to fiscally respond in kind. So far, German and Dutch resistance to issuing “coronabonds,” the proposal that debt issued to recover from the crisis be collectively guaranteed across the single currency area, has been strong. Why, on top of everything else, ask the Italians and Spanish, should they face higher borrowing costs to recover from a pandemic not of their making?

Didn’t the rest of Europe benefit from Italy’s early experience in combatting COVID-19? Surely if knowledge was shared at the most critical stages, then in the spirit of solidarity so often uttered by the EU’s chief apologists, the recovery should be too. If Western Europeans cannot come together in times of pandemic, the thinking goes in Italy and Spain, the bloc’s fourth- and fifth-largest economies, then why heed its cumbersome requirements in times of peace?

Therein lies the crux: both the responses and the recoveries to COVID-19 are provincializing Europe, and probably America too. As smaller increasingly self-contained countries such as Czechia, Austria, and Denmark slowly return to normal, with Denmark cautiously announcing the opening of daycares and kindergarten on April 15 and Austria that of small shops, DIY stories, and garden centers on April 14, the impetus to “go it alone” will only grow. Yet only, one imagines, so long as its border remains closed with Switzerland, Italy, and Germany, which respectively have 45%, 900%, and 1,100% more cases than Austria.

And this is another terrible irony: the quicker a country recovers, the less it is inclined to cooperate internationally: for no sooner does a country begin to defeat the virus, as in China, then its suspicion of foreigners, or locals who’ve been abroad, resurface. The greatest recovery, then, will not only go to those who can best contain the virus and stimulate supply and demand through aggressive quantitative easing; it will come quickest to those who can restore popular trust in the free movement of people, goods, and capital. Which as anyone ever caught fibbing knows, is much harder to win than lose.