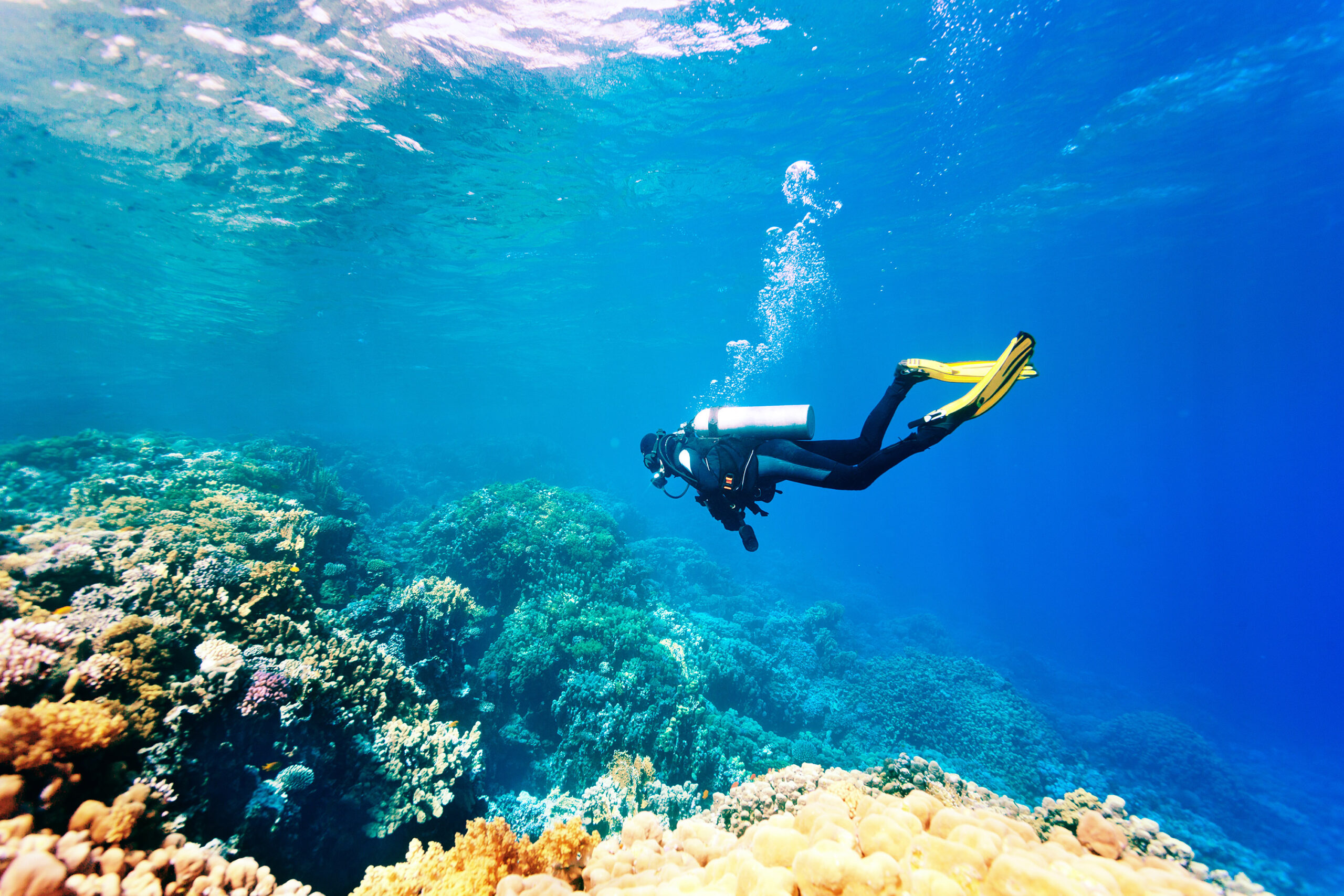 As a tourist destination off the beaten track, Mozambique has grown increasingly appealing to tourists looking for something out of the ordinary. According to 2018 surveys by the World Travel and Tourism Council (WTTC), Mozambique, Angola, and Uganda will be the fastest-growing African destinations for leisure travel between 2016 and 2026. Tourism’s contribution to GDP in 2017 was 3.4%, while total contribution of tourism sector, which includes supply chain investment and induced income, was 8.8% of GDP. If Mozambique wishes to encourage tourism, especially in a sustainable way, it should lean on its natural strengths, including its incredible sea wildlife, as a way to attract and develop tourism. Reasons to dive in Mozambique are plentiful: it is less crowded than other Indian Ocean destinations such as Tanzania or Kenya, and it has 2,700km of coastline dotted with dive spots, not to mention numerous small archipelagos off its coast. Thanks to its location between a temperate and tropical zone, its underwater offerings are especially attractive to megafauna species, highly sought after many marine enthusiasts. Manta rays, with wingspans of 7m, are seen cruising the country’s coastline in search of coral reef cleaning stations, where small fish remove parasites from their bodies. Even larger giants in the form of whale sharks and humpback whales are also common visitors to the country’s coast.

Most known of these spots may be Tofo, the laid-back hippie town especially known for its whale shark population, which becomes especially large during October and March when plankton blooms occur. Approximately eight hours by car from Maputo, the country’s capital, it offers affordable accommodation and at least 16 different diving and snorkeling spots. Another spot close to Tofo is Inhambane, with the Giunjata and Pomene reefs. Another location on the diving list is the Vilanculos Archipelago, where all levels of divers and snorkelers can get a glimpse of incredible marine animals. 2 Mile Reef is especially well-known and is only a short speedboat ride away from the Bazaruto or Beguerra Island. In winter time, visitors can happen upon whales, turtles, and devil rays, in addition to angelfish, sea apples, surgeon fish, bluestreak cleaners, batfish, and tuna. For those looking for something a little more adventurous, there is Santa Carolina Island or 5 Mile Reef, where deep caves and square linear rocks can be found. Closer to Maputo is Inhaca Island and Ponta d’Ouro, which hosts the Ponta d’Ouro Protected Marine Area (POPMA), considered to be one of the eight key biodiversity sites of global importance within the Eastern African Marine Ecoregion (EAME).

With its treasure trove of underwater creatures, Mozambique should look into ways to increase its appeal, especially to semi-experienced divers who are able to handle Mozambique’s sometimes difficult water conditions such as underwater currents and low visibility. Unfortunately, so far, the national plan for tourism has not specifically emphasized diving tourist potential: instead, it has classified potential diving tourists as those who are backpackers and regional tourists (even though studies have found most divers who come to Mozambique to be either established or advanced divers). The national plan also envisions South Mozambique as “the main destination for regional and domestic market, with emphasis on family holidays, water sports, and entertainment.” This lack of institutional awareness about the potential of marine tourism can lead to eventual environmental decimation, thus lowering the attractiveness of Mozambique for divers. Without any development plan or active management in place, over time tourism tends to shift from specialized tourism to mass tourism, a shift that might lead to loss in an important sustainable revenue generator. At the same time, the diving industry needs to involve more local communities, through either training or education programs that allow local communities to play a role in sustaining wildlife or creating local businesses that work in conjunction with the local tourism industry.

With increased investment into dive areas, the government could increase development and infrastructure of local areas. According to UNESCO’s report on underwater heritage sites, “investment in appropriate infrastructures for the display and responsible visit to submerged heritage increases the access and thus the economic activity of the area in which it is located and fosters beneficial urban development.”