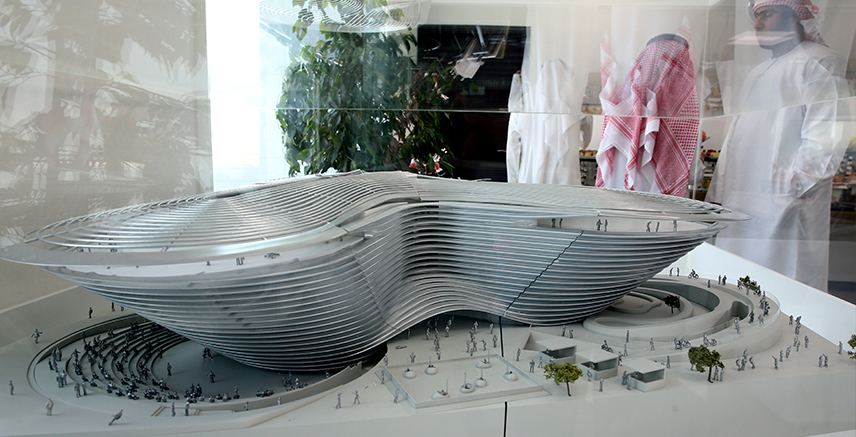 Share on:
Dubai's blockchain plan could save 25.1 million man-hours and USD1.5 billion per year.

The DFF is a huge public-private initiative aimed at finding out which technologies can best serve the public and improve the lives of the Emirate’s citizens.

Dubai has invested its considerable resources into finding ways of achieving “in a short period what many countries failed to accomplish over decades,” as the Crown Prince once put it. To this end, the Future Accelerators program was allotted USD272 million at its launch in 2016.

With a particular focus on developing A.I. and robotics, genomics, 3D printing, distributed ledgers, biomimicry, and biotechnology, the program had its first call for applications in August 2016. It received 2,274 applications from 73 countries for over 30 companies and projects.

But just what, exactly, do they hope to achieve?

Of the winning applicants who will develop their concepts in Dubai’s future incubator—none of whom will owe a dime in time or money to the government of Dubai—participants included firms from all over the world developing supersonic transportation systems, blockchain tools and applications, and power-saving architectural solutions that reduce energy consumption by up to 70%.

That the accelerator overlaps with another of DFF’s major initiatives, the Global Blockchain Council, indicates where the state’s priorities lie.

One step ahead of the curve in its bid to become one of the 21st century’s chief tech and innovation hubs, Dubai’s fixation on blockchain—the shared database system on which cryptocurrencies are based—began long before Bitcoin’s precipitous rise.

Since good things come those who wait, hardly a year after launching the incubator, Dubai unveiled the world’s first state-sponsored blockchain currency, emCash, in October 2017.

An idea floated with increasing fanfare by governments as lumbering and powerful as Moscow and Beijing, it took a small, wealthy state to make it happen. What will emCash do?

Designed in partnership with Dubai-based subsidiary emCredit Limited, the city’s credit bureau, and the UK-based Object Tech Group Ltd., hopes are that emCash is the first step toward helping the Emirate develop the world’s first blockchain-based paperless government by 2020.

Both partnerships developed through the Accelerators program, emCash is a part of the city’s broader emWallet payment system that will allow residents to pay for government services and minor private expenses, from “their daily coffee and children’s school fee to utility charges and money transfers,” in the words of Dubai Economy Deputy Director General Ali Ibrahim.

Using near-field communication (NFC) support technology, better known as “contactless” payment, emWallet enables one device to conduct a transaction with another simply by putting them within 4cm of each other, or casually sweeping a smartphone over a credit card machine.

All this is part of the government’s larger efforts to establish paperless government by the end of the decade.

This move would render some 100 million documents redundant by allowing all visa applications, license renewals, and bill payments to be made by using the blockchain, saving 25.1 million man-hours and USD1.5 billion per year.