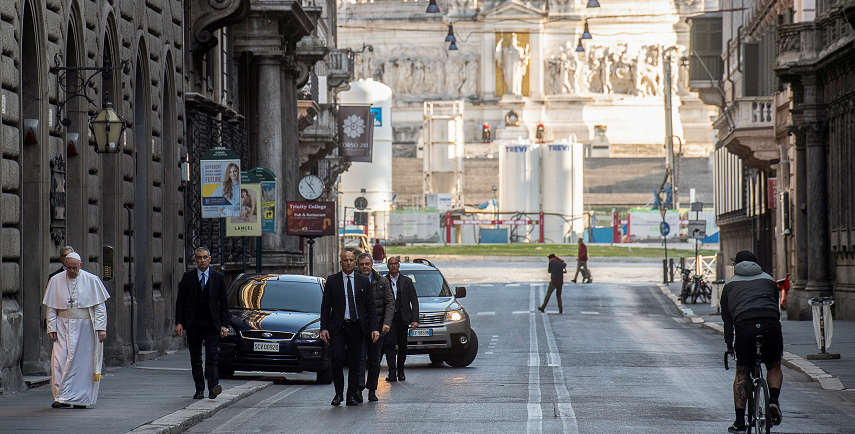 Share on:
Countries with greater mortality rates saw GDP fall by 6-8% as a result of the Spanish Flu, but cities that implemented the strictest measures saw the quickest return to growth.

It is difficult to separate the effects of Spanish Flu of 1918-19 from a world already coming apart at the seams after four years of World War 1.

Thought to have infected one-third of world’s 1.5 billion people, the Spanish Flu killed up to 50 million worldwide. While the US got off somewhat comparatively easy, with a death rate of “merely” 0.64%, it still lost around 600,000 people, while the UK lost a quarter million, and France and Japan 400,000 each. Iran, once again bearing the brunt of the epidemic, may have lost 2 million people, nearly 20% of its population.

While policymakers and pundits debate the cost-benefit analysis of non-pharmaceutical interventions (NPI) such as social distancing and the closing of schools, churches, and businesses, it is worth taking a look at the data from the last global pandemic to determine how lasting its economic effects were.

Since more research has been done on the US, our focus shall center there.

The single largest difference between the Spanish Flu and COVID-19 is that the former took those in the prime of their lives, namely between ages 18 and 45 (older generations had been exposed to a virus in their youth that gave most immunity).
As such, the economic fallout from the Spanish Flu could be expected to be far worse. For starters, as researchers at the Federal Reserve Bank of St Louis showed that, in 2007, the Spanish Flu caused manufacturing to decline by 18% in 1918-19, caused unsurprisingly by huge dips in both supply and demand.

Also unsurprisingly, the service and entertainment industries were hit the hardest, while those specializing in healthcare products did well.

In the days before broadband internet, the other big winners were mattress and spring suppliers, given that doctors’ best advice back then was simply to “stay in bed.” Contrast this with today, where the doctors’ orders are to watch lots of television, and it is not difficult to imagine which sectors will at least momentarily shine.

The death rates, and hence immediate economic impact, were far higher in certain American communities: namely dense polluted urban environments and places were workers were in close contact with one another.

Mining towns were particularly hard hit, with the town of Coalfield, Tennessee reporting at the height of the crisis in the autumn of 2018 that only 2% of the town was “well.” Population densities were also to blame. Though the US was only 51% urban in 1918, compared to 82% today, it had an average 4.53 people per household, the average size of which was 100sqm (compared to 220sqm today). Moreover, mobility between city and countryside was less acute.

What, then, were its effects?

Just like the Black Plague and so many epidemics before and since, the Spanish Flu drove up wages, particularly in manufacturing. The paper by the St Louis Fed also found a significant relationship between statewide mortality rates and subsequent per-capita income growth by 1930.

A more recent paper by the Federal Reserve Bank of New York showed that cities that intervened earlier and more aggressively saw a greater recovery once the pandemic passed, including “relative increases in manufacturing employment, manufacturing output, and bank assets.” As far as manufacturing goes then, lost ground was made up. Across the world, however, a paper earlier this year from Barro et al found that higher mortality during the Spanish Flu lowered real GDP by 6-8% in affected countries.

Though economies suffered greatly from the Spanish Flu, the economic pain still paled in comparison to the effects and fallout of World War I.

But arguably the biggest long-term effect may have been with those born during the epidemic. A recent study from Columbia and the National Bureau of Economic Research has shown that the “flu-born cohort” achieved lower educational attainment, had increased rates of physical disability, lower lifetime incomes, and a lower overall socioeconomic status than those born before or after the flu.

As if we needed one more reason to maximize every possible NPI until the curve is flattened.