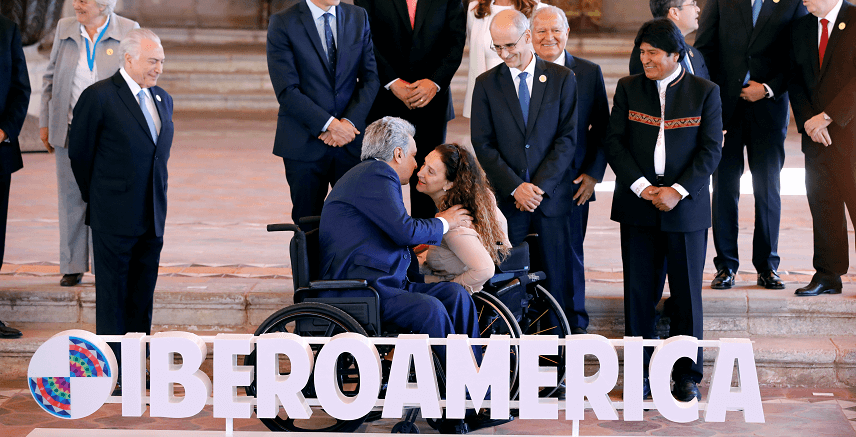 Share on:
Financial disasters are not new to Ecuador, but the current government has drawn up a well-structured, long-term plan to revive its economy and put its past troubles to rest.

Ecuador’s trade deficit soared from USD1.7 billion in 2014 to USD3 billion in 2015, and although the collapse of global oil prices played a significant role, the result was largely due to low investor confidence that aggregated over the years.

Correa attacked the World Bank and the International Monetary Fund as pawns of the US and instead sought financial assistance from China through oil-for-loan agreements.

But all that is set to change under President Lenin Moreno, a former Correa protégé who has blocked Correa’s path back to power by reinstating term limits through a referendum.

Since coming to power in May 2017, Moreno has set out on a mission to address Ecuador’s financial woes with economic and political reforms aimed at promoting trade and investment. Chief among his initiatives is the Economic Program for Fiscal Stabilization and Productive Reactivation. On April 2, 2018, Moreno announced a package of new policy measures as part of the broader economic plan that focuses on four major areas and 14 actionable measures.

The four major areas are stability and fiscal balance, restructuring and optimization of the state, balancing the external sector, and the sustainability of dollarization and productive reactivation.

The current administration is mending ties with multilateral lenders and in June 2018, the World Bank approved USD400 million in new financing.

Knowing that the new plan’s success is heavily dependent on restructuring the state, Moreno promised that his government will embark on a program of PPPs in the infrastructure, energy, telecoms, and mining sectors that would generate USD7 billion in investments by 2021.

The Ecuadorian President has also vowed to liquidate seven of the country’s 22 state companies and open others for private investment. In a similar move, all state institutions have been ordered to dismiss half of their senior staff, a move he claims will save USD1 billion per year over the next four years.

The same amount is also projected to be saved through an austerity move that will oversee the sale of government buildings, vehicles, and other assets.

More recently on August 21, 2018, Ecuador took another business-friendly turn by enacting a law that includes modifications to the corporate income tax, new tax incentives, and a tax amnesty for taxes due before April 2, 2018.

The new law is the fulfillment of Moreno’s promise to not increase taxes and make the tax collection process more efficient, bringing in an additional USD810 million over the next four years.

Under the tax amnesty, certain taxpayers may pay their outstanding taxes without paying any interest, penalties, or extra charges. However, to benefit from it, taxpayers must pay all due taxes within 90 days of August 21, 2018, although certain taxpayers can be given two more years upon request.

In terms of exemptions, the new law exempts income derived from new investments in prioritized sectors from the corporate income tax. These sectors include Agriculture, exportation of services, filmmaking, international events, IT, and sustainable construction materials and technology, among others.

Investments in the urban areas of Quito and Guayaquil will be exempted for eight years whereas investments outside of these will enjoy a 12-year exemption.

Moreover, investments in the aforementioned prioritized sectors as well as agro-industry and associated sectors within the border regions will be exempted for 15 years. Apart from these updates, the new law exempts investors from the highly-debated Currency Exit Tax under several conditions, and in order to further woo investors, financial institutions, and world powers, Ecuador is cracking down on corruption. On October 29, 2018, Ecuador joined international schemes to curb tax evasion and avoidance.

Despite such outstanding efforts, the more urgent matter at hand is Ecuador’s 67% GDP to debt ratio, the majority of which is due to be repaid soon.

Experts say Ecuador will need to return to international bond markets to raise at least USD2 billion. But considering the renewed confidence in Ecuador’s government, stronger bilateral relations, and investor-friendly policies, that seems more like routine for a country that has tackled worse tragedies.