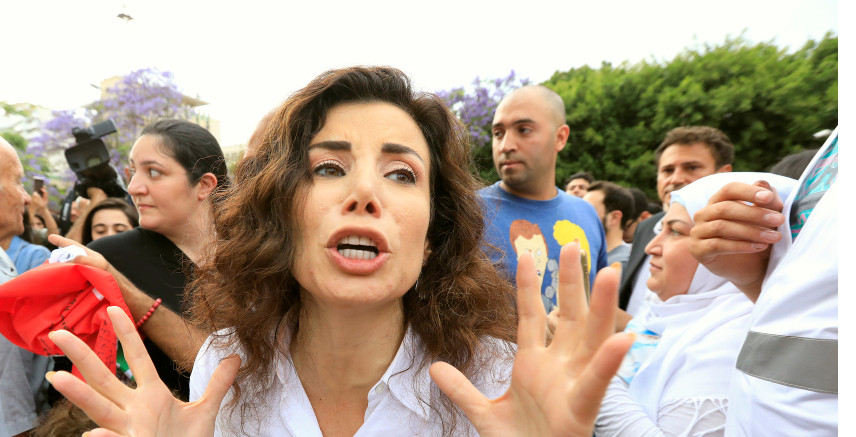 Share on:
Despite an important electoral reform bill introduced in 2017, only 49% of Lebanese citizens bothered to vote on Sunday, giving Hezbollah and its allies a narrow edge in the country's first parliamentary election in nine years.

On Monday, a decade to the day after Hezbollah and Amal took over West Beirut, supporters celebrated the outcome of Sunday’s parliamentary elections, Lebanon’s first in nine years.

Parading before the statue of the late prime minister Rafik Hariri, the beloved Sunni leader believed to have been assassinated by Hezbollah in 2005, and Spinney’s, the upmarket grocery store and mecca of East Beiruti Christendom, the festivities were less violent than those of May 8, 2008, but no less symbolic.

Though only 49% of the electorate turned out to vote, down from 54% in 2009, Hezbollah and its various pro-Syrian allies took home over a third of parliament’s 128 seats.

Their chief rival, the predominantly Sunni “Future Movement” (FM) led by Saad Hariri, lost a third of its seats.

Of the five seats the FM ceded in Beirut, four were picked up by Hezbollah.

While the latter’s largest Christian partner, the Free Patriotic Movement (FPM), maintained its number of seats at 29 under the ‘Liban Fort’ (Strong Lebanon) umbrella, its smaller mostly Maronite rival Lebanese Forces (FL) increased theirs to 14.

It was widely rumored that at least eight boxes of votes from the diaspora were “lost.”

Persians at the gate

Though nothing new, talk of the ‘Persian conquest’ of Beirut since Sunday has been particularly rampant among Hezbollah’s foes both at home and abroad.

While FM leader and prime minister Saad Hariri warned of Tehran occupying Beirut, Israeli cabinet member Naftali Bennett declared that “Hezbollah [now] equals Lebanon”—and no distinction ought be made between the two in “any future war” in the wake of Sunday’s vote.

Though it is worth noting that the Party of God won barely 10% of the country’s seats (13 out of 128), Hezbollah leader Hassan Nasrallah still congratulated his flock on their “great victory” in his much-anticipated post-election speech Monday.

Yet even he was alarmed by the sporadic violence that erupted where his scooter-riding supporters convened en masse on Monday.

Rather than provoke Sunday’s losers, the clock was ticking on their movement to “form a government,” said Nasrallah.

It is highly unlikely that Nasrallah will have any words of appeasement for the Jewish state, which is itching for a fight with Hezbollah.

Meanwhile, President Trump’s decision to renege on the Iran deal on Tuesday may have sprung in part from the idea that Iran had finally “reached the Mediterranean.”

War with Israel notwithstanding, the biggest disappointments of Sunday may still lie elsewhere.

The near complete failure of the Civil Society movement is, from the liberal point of view, a serious development.

A non-sectarian effort to put forward progressive, independent candidates unaffiliated with the traditional (civil war-sprung) parties, the Civil Society ticket tried to capitalize on the 2017 electoral reform that replaced the previous winner-takes-all system with proportional representation.

Representing a very sizable proportion of the young and educated, Civil Society won barely one seat, that of Paula Yacoubian, a TV journalist from Beirut’s overwhelmingly Christian “first district.”

Second, and even more troubling, was the paralyzing ‘electoral apathy’ in which the country was submerged, especially outside of non-Shia communities.

With less than half the population bothering to vote, Lebanon’s turnout is now comparable with such beacons of enlightened democracy as Slovenia, the US, Turkey, and Japan.

To be sure, a large degree of this political despair can be blamed on the very electoral law of 2017 meant to ameliorate the country’s endemic cronyism by theoretically lowering the electoral barrier to entry.

The snakes strike back

Ever the masters of machination, Lebanon’s political class is not about to pen its own obituary.

The electoral law of 2017 further consolidated sectarian voting districts, a form of Lebanese gerrymandering in which an increasing number of constituents can only choose between competing factions of their own coreligionists.

They also created a new system of ballot prepackaging in which local bigwigs, rather than citizens or any electoral commission, drew up voting lists of preselected candidates which constituents had to endorse wholesale if they wanted their ballot to be counted.

In a string of ideological acrobatics, longtime enemies FM (Hariri) and FPM (Aoun) ran together in the Bekaa, Akkar, and southern third district; the FPM ran with the pro-Assad Syrian Social Nationalist Party (SSNP) and the Armenian Tashnags in the second Mount Lebanon district; and the FM supported the FPM and arch-rival Armenian Tashnag and Hunchak parties on the same ticket in Beirut’s first district.

The moral of the story? A theoretically progressive reform bill pushed through in 2017 was ingeniously repackaged a year later through electoral list-draw-ups and party alliance acrobatics to keep in power the very men whose tenure was supposed to be at stake.

Like the countless ancient Mercedes taxis that flood the streets of Tripoli and Beirut, the country’s precarious postwar order has proved tenacious in the fires of regional instability since 2011. But that doesn’t make it flameproof.

One compelling, if far from accurate, way to interpret Sunday’s results is as a litmus test of regional realities since 2009.

An open society with one of the region’s freest media environments, Lebanon has long been a demented bellwether of sorts. If rarely worthy of the blood spilt in its name, its domestic politics are still a useful reflection of the Levant’s (im)balance of power.

Given the bevy of pro-Syrian parliamentarians elected on Sunday, one needn’t cast one’s eyes as far as Persia to spot the Trojan.

Once the chief of the country’s much-feared Sureté Générale, Al Sayyed was jailed from 2005-2009 for his alleged roll in the assassination of former PM Rafik Hariri. His return as a lawmaker in Lebanon’s first post-Arab spring elections says it all.