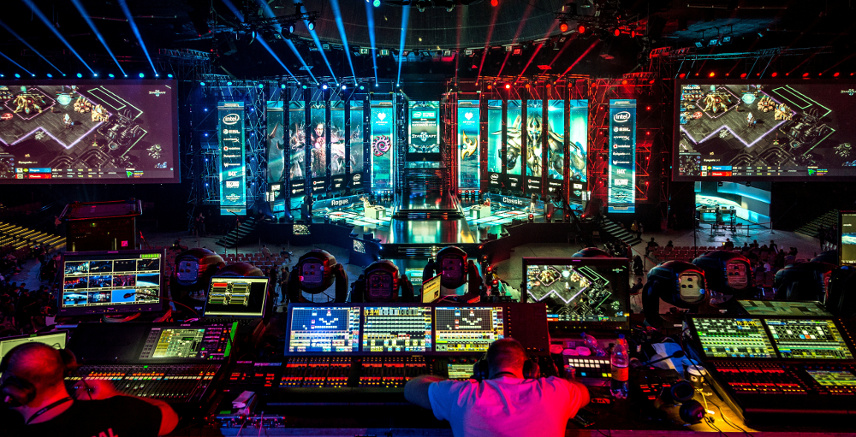 Share on:
The video game sector is moving from strength to strength, with eSports events clear evidence of the enormous popularity of the medium.

When last week Reuters reported that eSports was being considered for a demonstration competition at the 2024 Paris Olympic Games, the news reverberated throughout the community.

To be sure, video games will not, for now or in the foreseeable future, be considered an Olympic discipline, and if they do feature in the 2024 event it will likely be a one-off exhibition.

But the move is representative of the growing popularity of gaming across the world.

The news emerged from the International e-Sports Federation (IESF), an organization with 46 member countries that every year organizes the eSports World Championship, with games like Counter Strike, League of Legends, and Tekken among the most popular.

Its Secretary General, Leopold Chung, stated the IESF was in active talks with the International Olympic Committee (IOC) to ensure the representation of eSports in the Paris Olympics.

The IOC had already recognized eSports as a sport back in October 2017, and for good reason. According to the most recent statistics, eSports have already become the world’s second biggest sport by number of viewers, trailing only football (in the European sense of the word).

We are talking about people paying for streaming services to watch young mostly Korean and Japanese gaming superstars playing some of the most popular titles around.

The Credit Suisse Research Institute estimates that 2.6 billion people played video games in 2016, with China leading the way with 300 million players. The competitive arm of the USD100-billion-a-year gaming entertainment business generates yearly revenue of USD693 million, and this is expected to rise to USD1.5 billion by 2020.

Notably, the Asian Games, the second biggest multi-sports event in the world after the Olympic games and organized by the Olympic Council of Asia (OCA), has already recognized eSports as an Olympic discipline.

The sport is set to feature as a demonstration event in the 2018’s Asian Games in Jakarta, and in 2022, when the games take place in Hangzhou, China, they will compete for medals alongside gymnasts and weightlifters.

This attention paid to video games may seem strange to certain Western audiences, but in Asia competitive video gaming has been a serious business for a very long time.

In November last year, the grand final of the League of Legends World Championship, which took place at the Bird’s Nest stadium built for the 2008 Beijing Olympics, had an astounding audience of 40,000 people and was broadcasted to tens of millions of viewers in over ten languages. Gamers at the competition stood to win up to USD5 million.

Today, these competitions, including the above-mentioned world championship, are overwhelmingly dominated by South Korean teams. The Asian nation has long considered gamers as on par with athletes or celebrities.

Being a professional gamer is by all measures a dream job in South Korea, giving recognition, financial rewards, and the pride of representing the nation. More than half of the population play games, and the proliferation of very high speed internet connections and gaming cafes has created the perfect conditions for fostering a gaming culture.

Despite its maturity, the gaming market continues to bloom in the Southern portion of the Korean peninsula.

The year 2016 saw the eSports sector grow by as much as 14.9%, while average earnings for gamers grew by more than 50% YoY to over USD80,000 a year. Globally, South Korea accounts for almost 15% of the gaming market.

The tendency has spread quickly across Asia, with China, Japan, the Philippines, and Indonesia having constant high-level participation in international competitions. This has meant that the sector has attracted the attention of publishers, event organizers, and media outlets all over the world.

A university in Tokyo now offers a course to prepare students to be eSports commentators, while universities across the US have recognized it in their Varsity programs, with some offering scholarships to outstanding players.

Gaming centers in Europe and North America are miles away from competing at the level of the events in Japan and South Korea, but that does not mean the US and Europe are making great strides.

From gaming arenas in Las Vegas, to Europe-based tournaments and exhibitions attracting tens of thousands of people, the Western world is keen to take some of the eSports profits home, no matter how chaotic the young industry’s business model still seems to be.

The demonstration exhibition at the Paris Olympic Games could provide the necessary impetus for this, particularly given that the French capital aims to become Europe’s gaming hub according to the IESF.

But if the sport is ever accepted as a competitive Olympic game, the first champions will no doubt hail from East Asia.