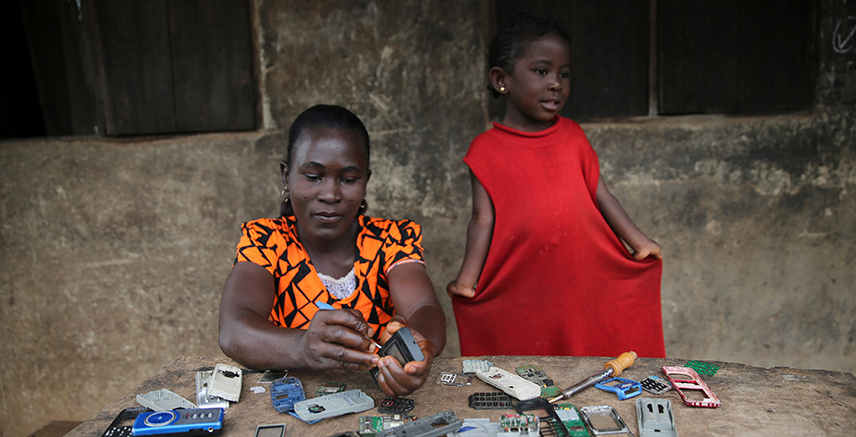 Firm pulls out amid economic crisis

Share on:
Etisalat Group is one of the world's most profitable telecoms groups, with operations in over 15 countries and a market cap of over USD42 billion. Why, then, is it pulling out of Nigeria?

With reported net revenues of USD14.76 billion in 2016, Etisalat’s foray into the demographically promising but ultimately unprofitable Nigerian market has been uninspiring.

Following a number of restructuring loans, the Abu Dhabi bosses have decided to extricate themselves from its disappointing decade-long venture into West Africa.

In the first half of July 2017, all of the UAE shareholders terminated their agreement and exited the company’s board. Etisalat now has only two weeks wrap up operations as ‘Etisalat Nigeria’ and rebrand the venture as 9Mobile.

With this Etisalat chapter coming to an end, and the new 9Mobile chapter about to open, we take a moment to look back over Etisalat Nigeria’s history.

In September 2007, Arabian Business ran a story detailing how the UAE telecoms operator Etisalat Group was entering Nigeria as part of a strategic partnership with Mubadala Development Company, an investment vehicle owned by the government of Abu Dhabi.

Etisalat Group was to hold 40% of the company, Mubadala 30%, and the remaining 30% was to remain with Nigerian investors. At the time, mobile penetration stood at a meager 20% (today it is between 94% and 107% depending on which figures you trust), and Etisalat was the third biggest fixed-line service provider and fifth largest mobile operator in the country.

Three years later, after two years of commercial operations, it had 5 million subscribers and coverage in all 36 states in Nigeria. The company was growing, but it needed additional funding to refinance an existing USD650 million loan and expand its network.

It announced that it would need USD1.2 billion to reach their desired market growth rate of 17%. At that point, Etisalat Nigeria accounted for just 3.7% of the group’s revenue. The firm signed a USD1.2 billion medium-term facility with 13 Nigerian banks.

Nigeria was Africa’s “rising star” for international investors during this period, boasting a 7% GDP growth rate based on a stable currency and revenues from its oil exports.

Four years down the line, however, the picture was not so rosy. Hampered by a broader economic downturn and currency devaluation, the loan repayment schedule had not been met, despite the fact that the company was functioning well. The dollar-denominated debt was a dark cloud hanging over the firm, as for so many companies that had borrowed in dollars when times were good.

By mid-June 2017, Etisalat Nigeria’s lenders were fed up. The banks could not afford a new long-term payment plan, especially seeing as the loan had been restructured twice since 2015. Following failures to reach an agreement on the terms of the USD1.2 billion loan, three Nigerian and seven foreign banks seized control of a 45% stake from Emirates Telecoms Corp, the lenders taking over Etisalat Group’s stake which was then written down to zero.

On July 10, the group announced to the press that it had terminated its management agreement with the Nigerian arm, and had given the business three weeks to phase out the Etisalat brand in Nigeria. The news marks Nigeria’s biggest foreign-owned victim of dollar shortages since the oil price decline of recent years began.

Looking ahead, the United Capital Trustees’ ownership will not be permanent, and Nigeria’s fourth-biggest wireless carrier is presently looking for a new owner. With 20 million subscribers at stake, it is unlikely that any single operator can accommodate a migration of that volume of subscribers, although Airtel, the country’s third biggest telecoms company, has reportedly been entertaining the idea.

Unsurprisingly, rumors about who the owners of 9Mobile could be are running rife among Nigeria’s business community.

Some are saying that international players would be best suited to buying the shares, while others are saying that they are also expecting one of Nigeria’s large telecoms firms to make a bid. Some tech blogs have suggested that the new entity could be acquired by the Dangote Group, since its new CEO, Boye Olusanya, once worked at Econet Wireless (now Airtel Nigeria).

There he led the business strategy initiative for data services. Before parting ways with the operator, he also served as Acting Chief Executive Officer, where he played an important role in managing the affairs of the company. This would bode well for the new 9Mobile.

Before then, he served as Chief Business Transformation Officer at Dangote Industries Limited and was also MD at Dancom Technologies Limited where he managed all telecom assets and IT infrastructure.

He also oversaw the sale of the 3G subsidiary and managed the roll-out of the fibre backbone network which now covers 4,400km of the country.

That many subscribers, a pre-existing infrastructure, and a qualified board of directors has got to be an appealing investment for someone.

How has Qatar Foundation helped shape the human capital of the nation?

Doha will capitalize on the legacy of the World Cup to transform itself into a MICE tourism hub.

Qatar has achieved one of the highest levels of food security in the world.

Looking for an Equal Standing