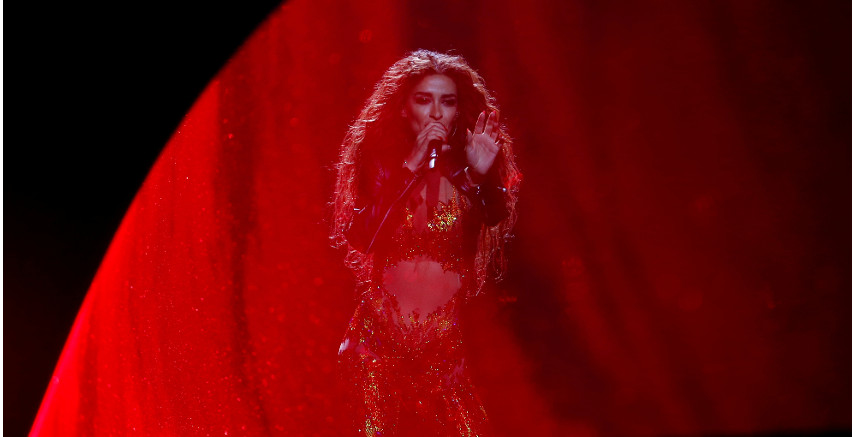 Politics and the Eurovision

Share on:
Following this year’s Eurovision contest, we look at the political and social impact of the world’s biggest music TV event.

It is that time of the year again when the European continent, and parts of the rest of the world, come together to celebrate music and national identity.

The Eurovision song contest was hosted this past weekend in the Portuguese capital of Lisbon, for the first time in the country’s history.

Until last year Portugal was the only European country to have never won the Eurovision song contest despite its 49 attempts.

The small nation won the hearts and votes of Eurovision’s fans last year, and for the past week Lisbon has been overflowing with tourists dressed in shiny suits, flags and bright hats, united in celebration and wine drinking.

However, as always, there is much more to the event than just partying and drinking. Since its debut in 1956, a year before the signing of the Treaty of Rome, which laid the foundation for the establishment of the European Union, the Eurovision Contest was always regarded as an instrument of promotion of European cohesion, integration, and cultural expression.

If, today, the festival might have lost the appeal it had in the 50s and the 60s, when there were barely any other entertainment options, the digital age has brought with it opportunities for broadening the festival’s fan base to other parts of the world.

Countries like Australia, Azerbaijan, or Israel (this year’s winner) now participate in the event, creating more than a little confusion given the contest’s “Euro” prefix.

Technically, the festival is open to any member or associate of the European Broadcasting Union (EBU), whose main purpose of existence is the organization of this show.

Despite the modern world’s unprecedented array of entertainment options, however, this aging TV event has been able to adapt to the new entertainment reality. This year’s Lisbon festival had approximately 200 million viewers worldwide; as a point of reference, the Super Bowl in the US normally reaches upwards of 110 million viewers, whereas the final of the European Football Champions league gathers north of 350 million fans on screens around the world.

This level of attention also means a lot of money is involved. The EBU is mostly funded by the UK, Germany, France, Spain, and Italy, but it receives entry fees from every participating country, not to mention millions of Euro in TV rights.

The Portuguese event, for instance, is expected to be the cheapest since 2008, coming at a cost of roughly EUR20 million. The organizers take fee-collection quite seriously too. In 2016, Romania was forbidden from entering the contest, for instance, due to the non-payment of more than ‚¬12 million in debt to the EBU, a peculiar strategy for fostering integration and unity.

But in the end, the Eurovision song contest is not really about money. It is about music, culture, and, crucially, politics.

Despite the rules of the EBU stating that no political commentary is allowed in the songs presented, one way or another, political and social activist messages find their way through. Ukraine’s song in the 2016 event, named “1944,” for instance, is widely understood to be a depiction of Soviet deportation of Crimean Tatars in that year, particularly within the more current context of the annexation of Crimea by Russia.

At the time, Russia strongly protested the acceptance of the song. The Ukrainian entry went on to win the contest in Stockholm that year.

Ukraine used its turn to host the event to reiterate its criticisms of its neighbor.

The Russian contestant Yulia Samoylova was refused admission to the contest as she had entered Ukraine via the annexed region of Crimea.

Refusing to offer a different contestant, Russia stayed out of the event, while Samoylova held a concert in Crimea on the same day as the Eurovision in Kiev.

This year, she is back for the event in Lisbon with the song “I Won’t Break”.

Elsewhere, Conchita Wurst, an Austrian drag queen, gained international attention when she emerged victorious from the Eurovision 2014 contest, and has since become an important platform for the rights of the LGBT community.

In this year’s contest, the Italian performance attempted to address the terrorist attacks plaguing Europe over recent years.

“Mercy,” the French entry by duo Madam Monsieur, dealt with the refugee crisis from the point-of-view of a refugee child born at sea.

But it was Israel’s “I’m not your toy/ you stupid boy” which walked away with the prize. Drawing inspiration from the #MeToo movement, the entry reinforced both the Eurovision’s widening geographic scope and the social criticism that shapes certain entries, setting the stage for what could be the most controversial Eurovision yet: Tel Aviv 2019.