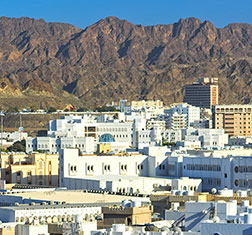 Share on:
Oman is considering the possibility of allowing expatriates to own land in the Sultanate outside of ITC areas in a move that could bring many new benefits to the sector and the economy overall.

Expatriates in Oman are currently only able to own property outright for residential or commercial investment purposes within Integrated Tourism Complex (ITC) areas, which are licensed by government agencies and ultimately approved by the Ministry of Housing. In order to kick start the real estate sector of the country, especially in light of the fact national revenue has decreased in tandem with the fall of oil, local real estate firms and the Oman Real Estate Association have suggested the government rethink its property laws for expats.

Opening the floor to expats to purchase non-ITC real estate would offer new opportunities for expatriates that are not financially capable of buying property in the country’s expensive ITCs. Essentially, lower-income expatriates are excluded from owning real estate via the ITCs’ expensive pricing regime. There is reason to believe allowing expatriates to buy land in Oman would generate a potential mass of wealth. First, considering that of the 4.4 million residents of the Sultanate, almost half, or 45%, are expatriate residents, that leaves a substantial portion of the population unable to contribute to the real estate market outside of ITC developments. Speaking on this topic, Benjamin Cullum, General Manager of real estate firm Hamptons International, remarked that the overwhelming majority of land owners within ITC projects are Omani nationals or foreign nationals that have attained residency in Oman, meaning the number of truly foreign purchases coming to Oman constitutes a relatively small portion of the overall ITC investment figures. This may seem unusual given that these ITCs are the only places where foreigners can buy real estate in the country. Not only will allowing foreign purchases of land contribute to raising the total real estate activity in the market, it will also create a freer market in Oman.

Although it is still in the discussion phase and would require the approval of many different authorities, there is talk of creating a kind of mid-market ITC area in which more affordable housing options would be available to middle class expatriates in Oman. Allowing for these workers to own houses on these plots may result in the families of expat workers moving and settling in Oman. This has potentially profound implications for the Omani economy due to the fact that expatriate remittances sent from foreign workers in Oman back to their home countries total more than $10 billion. Put starkly, these remittance figures are among the highest in the world and represent 12% of Oman’s national GDP. Amending the real estate law provides the opportunity for this $10 billion to stay in Oman, as money earned by these expatriate workers will stay within the country and contribute to the local economy.

Another problem facing Oman related to this topic is the distinction that it places on an expatriate’s identity card after he or she has purchased real estate. A foreign property owner in Oman has the term “Owner” on the his or her identity card, as opposed to the more widely used “Investor” given by other GCC countries. This may seem like a relatively small detail, but this particular term on the identity card routinely causes headaches for expats who are looking to get visas in other GCC countries because they have not been categorized as an investor and therefore do not enjoy the perks of easy travel throughout the GCC that accompanies the term.
Allowing expatriates to own property in Oman may also promote tourism as well. Foreigners may be interested in buying property in the country, which will encourage them to visit or revisit Oman many times and add to the service economy by contributing to the growth of local restaurants and local transportation.