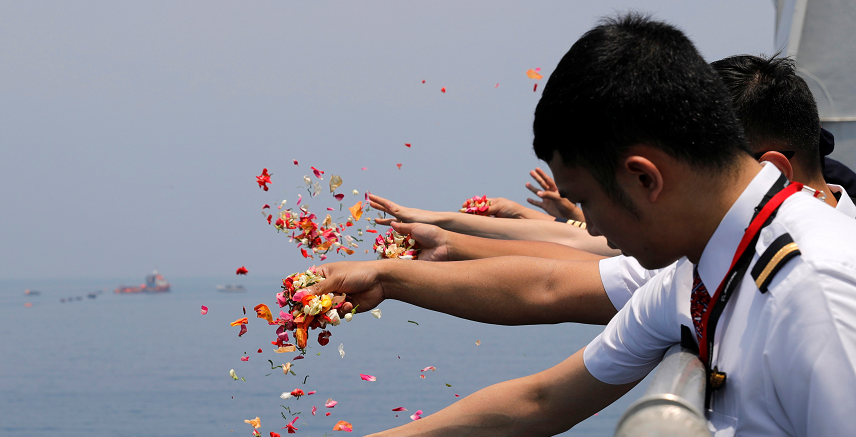 How safe is air travel?

Share on:
In the wake of a series of air crashes in 2018, some have become wary of flying. Yet the commercial aviation industry is as safe as it can possibly be.

After a fatality-free 2017, which was dubbed the safest year on record for commercial aviation, 2018 has seen a number of tragic crashes, the latest on October 29 when Lion Air’s brand new Boeing 737 Max 8 crashed into the Java Sea minutes after taking off from Jakarta, Indonesia.

In early 2018, Turkey’s Pegasus Airlines Flight 8622 had a narrow escape at Trabzon Airport in the Northeast of the country.
However, four major fatal crashes occurred in Russia, Iran, Bangladesh, and Cuba between February and May, in the same year, claiming the lives of over 300 passengers.

These figures do not include the fatalities of cargo flights or private jets such as the unfortunate crash of a Turkish Bombardier Challenger 604 belonging to the Başaran Holding in Iran in March.

The number of fatal aviation accidents in 2018 has heightened public awareness, and extensive media coverage of these incidents has increased fear of flying.

But, has commercial aviation become less safe? The short answer is ‘no.’

The sentence “flying is safer than traveling by car” has been repeated so frequently that it has achieved cliché status. The fact is that air travel is not only safer than road travel, but also safer than almost anything you can think of, including crossing a street, taking a prescribed medication, or walking in a regular metropolitan area, as the likelihoods of being hit by a car, being assaulted with a firearm, or either intentionally or unintentionally overdosing on drugs are far larger than losing your life in an air crash.

Both the personnel and the machines involved in commercial flights are highly reliable. Airline pilots are selected carefully after physical and psychological screening and undergo rigorous training to become well-rehearsed and fully prepared to handle any scenario which may unfold. More importantly, you can trust them with your life, because they have a skin in the game, which cannot be said even about your doctor!

Sasan Kazemi, an airline pilot consulted for the compilation of this article, stated that “we, as professionals in the aviation industry, deal with its potential risks on a daily basis. Hundreds of thousands of professionals serving as commercial aviation personnel around the globe, return to their homes and loved ones after each duty period and report back for work the next day.”

At the same time, commercial aviation safety protocols and regular aircraft inspections try to minimize any room for errors, while the robust designs of modern commercial jests enable them to function long enough to return to safety on the off-chance that some of the aircraft’s systems break down while en route. All that said, experiencing a reasonable level of stress while flying is natural, and even aviation professionals go through it.

Kazemi pointed out that the stress which pilots inevitably experience in the course of their professional lives “is not caused by a lack of confidence in their own knowledge, skills, or the equipment they use, which are of the highest standards. There are certain variables which are completely out of the pilot’s control, such as the weather conditions. However, one must remember that traveling by air is the safest way to get around nowadays, with fatalities being as low as only 0.04 deaths per one billion passenger-kilometers.”

The fact of the matter is that although aviation fatalities are exceedingly rare, they receive disproportional media coverage due to their dramatic nature. To put things in perspective, according to the International Air Transport Association (IATA), there were one commercial jet accident per 4.5 million flights—and the word “accident” does not necessarily mean fatality. Indeed, less than a tenth of aviation accidents lead to fatalities.

As for the sharp rise in the number of air accidents from 2017 to 2018, it is worth remembering that such fluctuations are typical when dealing with rare events in huge samples: in 2017, one’s chance of dying during a commercial flight was zero; in 2018, the chance of succumbing to such a fate—given that well over 4 billion passengers will fly on commercial jets in 2018 and 300 have lost their lives so far—is 0.0000075, which is still as good as zero for most intents and purposes.

Kazemi added that “the choice of airline is also worth considering, because certain so-called “low-cost” airlines take advantage of the gray areas of international aviation regulations to minimize their spending on safety measures, whereas airlines such as Qantas have incredibly good track records for safety.”

Some Middle Eastern airlines also seem to maintain high standards of safety. The UAE’s and Qatar’s flag carrier airlines, Emirates and Qatar Airways, are considered to be highly safe as they have never had any fatality in their histories despite the large size of their fleet and the diversity of their destinations. Although Emirates experienced its first hull loss in 2016, all passengers and crew aboard survived.