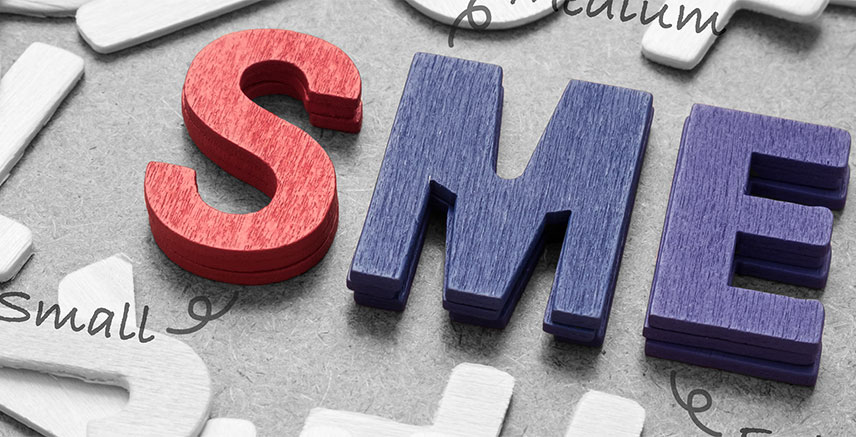 Share on:
The Abu Dhabi Vision 2030 has sought to steer the local economy away from oil and gas and create a more diverse sectorial base. In 1Q16, significant signs of success are being seen, with 8.8% GDP growth in YoY terms for non-oil economic activity.

Lower oil and gas revenues over 2015 have seen the government in Abu Dhabi take a long, hard look at its main spending areas, looking to trim where necessary and maintain funding in core investment areas and public services needed to inspire growth, especially in the private sector. While oil revenue declines have put pressure on GDP growth rates, in other areas Abu Dhabi is beginning to see the non-oil economy take the lead. Like a number of other oil producers, Abu Dhabi has built up substantial reserves over the years through its sovereign wealth vehicles and other investments. Now, these funds are being employed in a careful manner so as to avoid a “boom bust” cycle in the economy, and maintain investor confidence. Aside from cuts to government spending, a number of senior state-owned enterprises across a broad swathe of sectors are being merged to produce economies of scale.

As for Abu Dhabi itself, the main numbers released by the Statistical Centre — Abu Dhabi (SCAD) are based on constant 2007 prices on a quarterly and not annual basis, though are also showing the extent of the slowdown. In 1Q15 GDP was estimated at AED190.25 billion ($51.84 billion) using the 2007 measure, and managed to close 1Q16 at AED194.36 billion, up a marginal 2.2% according to this measure, though down on the AED198.79 billion ($54.16 billion) measured in 3Q15. Oil value-added as a contribution to GDP was measured at AED93.90 billion ($25.58 billion) in 1Q16, or 48.3% of all activity, with the non-oil value added making up the rest of the picture. As recent as 2012, the share of oil and gas activity in Abu Dhabi’s economy was at 56.7%, so the improvement seen in non-oil activity’s share is more than just a reflection of the low oil price. Additionally, IMF estimates put GDP growth at 4.4% for Abu Dhabi during 2015, though foresee a slowing to 1.7% for 2016, a reflection of the malaise in oil revenues and stricter government spending.

Despite oil prices being under pressure, the immense nature of their revenue raising ability even in more “constrained” circumstances should not be underestimated. As a key member of the Organization of the Petroleum Exporting Countries (OPEC), the UAE has proven reserves of 97.8 billion barrels of oil, and 6.1 trillion cubic meters of natural gas, with Abu Dhabi accounting for well over 95% of this total. In terms of hydrocarbons, a major program of drilling by Abu Dhabi National Oil Company (ADNOC) will see production shift upwards from some 3 million barrels per day (bpd) in 2015 to 3.5 million bpd by end-2017. The significant increase in production will not be aimed at exports, but rather will initially target growing internal demand, which is also being met through new refining capacity.

This increase in energy resource usage domestically has seen the government take the significant step of ending subsidies on fuel and establishing a regularly updated market rate that reflects both production costs and the actual global market price for oil and gas. Establishing this system during the midst of a crude price slowdown has actually seen prices at the pumps decline from AED2.05 ($0.56) per liter in August 2015 to AED1.85 ($0.50) by July 2016. While the effect of this end of subsidies might be mute under current circumstances, the potential revenues won from lost revenues during times of higher crude oil prices will certainly reduce stresses on the state budget going forward.

Abu Dhabi’s economy still tends to favor “large” business establishments, with them providing 91.3% of total production in 2014, according to the most recent annual SCAD figures. The leading sectors for SCAD in terms of productive activity in Abu Dhabi for 2014 were mining and quarrying (dominated by oil and gas activity) at AED510.94 billion ($139.22 billion), manufacturing at AED189.33 billion ($51.59 billion), construction on AED185.89 billion ($51.59 billion), finance and insurance at AED75.13 billion ($20.47 billion), and transport and storage on AED63.78 billion ($17.38 billion). When we overlay the same top five in terms of production onto employee numbers, we see that mining and quarrying represented just 2.1% of the workforce, despite generating some 41% of total production. Second place manufacturing was at a healthier 24.7% of total employed, while third-place construction was far and away the largest employer, at 697,288 individuals, or 39.77% of all employed persons. Finance and insurance (2.06%) and transport and storage (5.52%) were high in terms of value-added per employee, as can be expected. However, of note is that one of the most diversified sectors in terms of business size and employee numbers was the wholesale and retail trade/automobile and motorcycle repairs category, at 230,792 employees, or 13.16% of the total and worth AED52.70 billion ($14.35 billion) in economic activity.

While the Emirate remains very much dominated in economic terms by the oil and gas industry, it is of note that one of the main goals the local administration has been pushing to implement for nearly a decade is that of economic diversification, especially in high value-added, knowledge-based economy fields. The Abu Dhabi Vision 2030, first adopted during the global financial crisis in 2008, has sought to steer the local economy away from its hydrocarbon-based nature and create a more diverse sectoral base. In 1Q16 significant signs of success are being seen, with SCAD recording 8.8% GDP growth in year-on-year terms for non-oil economic activity, while non-oil exports surged to AED9.8 billion ($2.67 billion) over the same time period, a jump of 69.7% in comparison with 4Q15. Still, the need to create a more conducive environment for SME activity is something the government is looking to promote, with the Abu Dhabi Department of Economic Development (ADCED) seeking to ensure that non-oil economic growth remains at a sweet spot of 6%-8% under the Abu Dhabi Vision 2030 plan, with SMEs to play a forward role in achieving this objective.

However, in some areas, big business is getting even bigger, with a number of major mergers signaled between large SOEs. While ADNOC is closely scrutinizing its own group of companies seeking economies of scale, the finance sector has been the main focus of interest. In early July 2016, the National Bank of Abu Dhabi (NBAD) and First Gulf Bank (FGB) announced a merger of near equals that would create the largest bank by assets in the GCC region. At AED627 billion ($171 billion) in assets according to 1Q16 figures, the new bank under the NBAD banner would easily outpace its nearest competitor Qatar National Bank (QNB), on $150 billion in assets. Close on the heels of that deal was the announcement of a merger between Mubadala Development Company and the International Petroleum Investment Company (IPIC), which would create an asset pool worth an estimated $135 billion. While Mubadala tended to have a more Abu Dhabi focus in terms of investment strategies, IPIC was generally more on the international, hydrocarbon side of the street.

At a national level, the introduction of more widespread taxation is now on the agenda, though with local businesses being given plenty of notice ahead of time. While taxes have existed in the national economy in limited areas, including for the oil and gas business and on foreign banking concerns, by and large the country has been a favorite of the low-tax brigade. Over the past decade, however, individual members of the UAE have sought to expand the range of taxes or tax-like mechanisms to improve the resources available to them as they extend their regulatory reach. However, in early 2016 the UAE national government announced that a value-added tax levied at 5% on goods and services would be introduced as of end-2018, in coordination with its GCC partners. A number of categories that would have a more substantial effect on low-income earners, such as healthcare, education, and basic food staples, are set to be excluded from the reach of the VAT. As well, the national government is said to be studying the potential introduction of a national corporate tax, though talks in this regard are at an early stage, and will also need to balance the needs of the regional business environment.