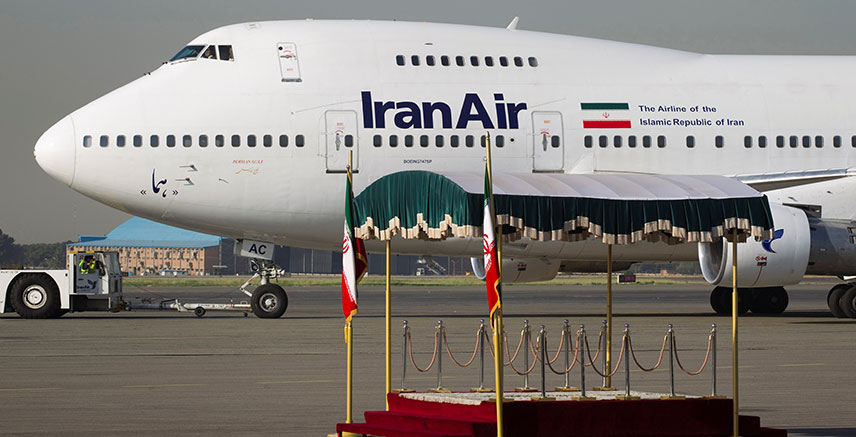 Share on:
Iran has become a leading emerging market over the past year and a half since the P5+1+EU group—the US, UK, China, Russia, France, and Germany—put an end to a decade of punitive economic sanctions.

Scores of international firms are flocking to the Islamic Republic to sign major contracts with the government and local private firms while announcing additional substantial investments in the country’s infrastructure following the passing of the Joint Comprehensive Plan of Action (JCPOA).

The lifting of sanctions which came into effect in 2016 with the JCPOA opened the Iranian economy to international trade and investment, creating the first opportunities for Western firms there in decades.

A number of European and American blue chips got in early and have capitalized on the recent window of opportunity by investing heavily in the country.

In late 2016, Iran Air penned a massive USD16.6-billion contract with Boeing to buy 80 planes as part of the company’s larger renovation and modernization program.

The Associated Press noted that this was the largest agreement between Iran and a US firm since the Iranian Revolution in 1979.

A step forward for Iran Air in their plans to turn Tehran into an Asia.

Europe aviation hub, it has potentially positioned them to be able to compete with Emirates, Turkish Airlines, and Qatar Airways.

“The modernization of our fleet is an indispensable demand from the airline’s strategic plan to lower costs, to enhance safety and comfort, and to have a remarkable share in the competitive market,” said the Chairman & Managing Director of Iran Air, Farhad Parvaresh, in an interview published in The Business Year: Iran 2016.

It was, however, not the only contract struck by Boeing in Iran.

Only a month ago, the Chicago-based corporation signed another USD3-billion deal with Aseman Airlines, a private company whose largest owner is Iran’s National Pension Fund.

Iran has the fourth largest proven oil reserves in the world, according to the US Energy Information Administration, and global energy companies are well aware of this fact.

3. And Volkswagen, and Peugeot, and Renault….

Iran’s huge population, the largest in the region along with those of Turkey and Egypt, is very appealing for its expanding auto industry.

According to the latest statistics released by the Iran Vehicle Manufactures Association, vehicle production grew by 15% in 1Q2017 on the same period in 2016.

Western vehicle producers are moving forward with plans to expand in Iran.

Volkswagen recently announced that it is coming back to Iran after 17 years. The German automaker plans to increase its share of the Iranian market as sales in Europe and China slow.

Local firm Mammut Khodro will assemble VW’s Tiguan and Passat models, two classic cars that will be reintroduced in the coming years.

But it’s not just the Germans who are expressing interest in this market.

French manufacturer Peugeot was the first car company to announce plans for coming to Iran.

But the largest investment in the sector will be carried out by Renault, which plans to set up a new plant with a manufacturing capacity of 150,000 cars per year. This would mean a 10% increase over the current figure of 1 million vehicles being produced by the Islamic Republic.

Certain sanctions remain in place which will continue to limit aspects of economic activity, while US President Trump has ordered a review of the Obama administration’s deal.

But for these firms, the JCPOA afforded crucial opportunities. The first year of the current US administration and events across the Middle East will decide how these partnerships develop.