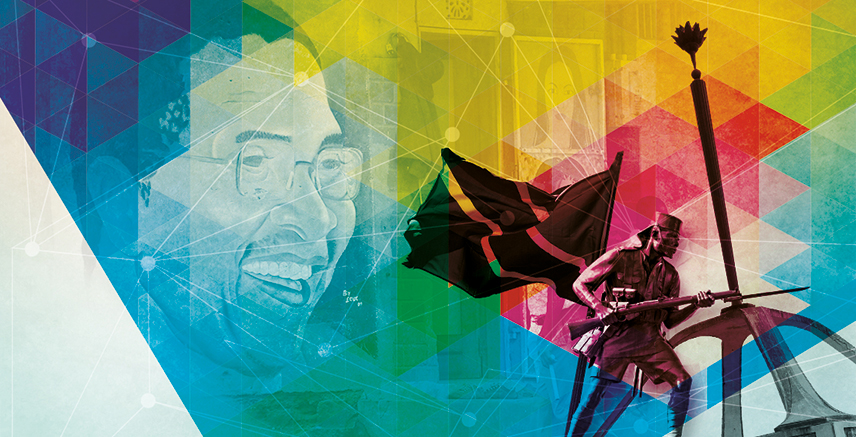 Share on:
With economic progress in mind, Tanzania seeks to position itself as a regional leader, as well as a beacon for reliable and peaceful partnerships.

Across the African continent, governments play a crucial role in establishing and maintaining critical infrastructure, as well as providing a regulatory framework that promotes economic success. In Tanzania, economic prosperity is taken into account in both government operations and international relations. Supporting its national motto of uhuru na umoja, or “freedom and unity,” Tanzania strives to be a country that is both at liberty to participate in the global economy and united in its intent to do so.

Tanzania broke away from the global superpowers and the colonialism of the 20th century when it gained independence in the 1960s. Once a sense of sovereignty began to take hold, the country witnessed an immense transformation. With is nascent self-determination, Tanzania set out to define on what terms it conducts foreign relations, ensuring that all collaboration with foreign powers contributes toward its wider economic goals and benefits the Tanzanian people at large. Thus, promoting FDI, welcoming foreign businesses, and trade are hot on the agenda. Speaking on Tanzania’s achievements in this regard, Armando Guebuza, the Former President of Mozambique, told TBY, “Countries have to be able to communicate the benefits of doing business to the outside world. Tanzania is doing well at this and is able to communicate its policy and ambitions both internally and externally.”

According to the Ministry of Foreign Affairs and International Cooperation (MOFAIC), Tanzanian diplomacy prioritizes the “sovereignty, territorial integrity, and political independence of the United Republic of Tanzania.” While this principle upholds the centrality of the nation state, a statement of purpose adds that Tanzania’s foreign policy must maintain universal human rights: freedom, justice, and democracy. More concretely, the MOFAIC promotes African unity, economic cooperation, non-alignment, and support for the UN. According to Dr. Augustine Mahiga, Minister for Foreign Affairs and East African Cooperation, the principle of non-alignment continues to be instrumental to Tanzania’s foreign policy as it seeks to widen its diplomatic horizons. In an All Africa News article published in October 2016, Mahiga outlined the Tanzanian approach of “economic diplomacy,” which involves principled, pragmatic, and constructive engagement. “This approach and the other principles of independence, human dignity, mutual respect, and cooperation will enable us to implement more successfully our foreign policy of economic diplomacy,” he said.

Tanzania also plans to increase its number of embassies abroad from 32 in 2011 to 50 in 2020. In doing so, Tanzania is placing diplomacy at the forefront of its international presence.

Tanzania is governed as a universal presidential republic, with HE John Pombe Magufuli currently serving as its fifth president since independence. Having recently won the elections in October 2015, President Magufuli is serving his five-year term as the head of state, commander-in-chief of the armed forces, and the head of the government. Appointed by the president and subsequently approved by the national assembly, HE Kassim Majaliwa serves as the prime minister of Tanzania.

The government itself is broken down into a multi-party system where legislative authority is wholly vested in the national assembly. The assembly is a unicameral entity with a maximum of 357 members elected to represent constituencies, the attorney general, special women’s seats that comprise at least 30% of the assembly, five members elected by the Zanzibar house of representatives from among its own members, the assembly speaker (if not already a member of the national assembly itself), and a maximum of ten others appointed directly by the president. Currently, 75% of the assembly seats are occupied by members of the ruling party, the Chama Cha Mapinduzi (CCM). The CCM—and its predecessor, TANU—has been in power since the country’s independence in 1961. The main opposition party is the Civic United Front (CUF).

In addition to voting on the office of president in 2015, Tanzanians elected new members of parliament and local government, following the departure of President Kikwete, who had served the maximum of two terms as head of state.

According to MOFAIC, the country is committed to forging international partnerships, redefining bilateral diplomacy, strengthening multilateral diplomacy, and enhancing regional peace and security. One of the ways Tanzania aims to uphold these ideals is through cordial bilateral relations with many other African nations, as well as a host of other countries around the world, especially China, Japan, and the US. However, Tanzania’s involvement multilateral relations makes it exceptionally disposed as a leader in the region.
Kenya is one of Tanzania’s strongest bilateral partners. Currently, there are 529 Kenyan companies operating in Tanzania, employing nearly 60,000 Tanzanians in total. Combined, those companies boast a total investment input of TSH170 billion. Over the past six years, trade between Kenya and Tanzania has risen from TSH652 billion in 2010 to TSH2.44 trillion in 2016.

Although relations between Tanzania and Rwanda have been tense historically, 2016 marked a new era for the two states after President Magufuli officially participated in the 22-year remembrance of the 1994 genocide. This show of solidarity in April 2016 signified steps toward improving bilateral relations that may enhance the free movement of people, goods, and services across both borders. In an interview with VOA news, Foreign Minister Mahiga said, “Tanzania is a neighbor of Rwanda, and Rwandan goods go through Dar es Salaam. Up to about 75% of their imports and exports go through the port of Dar es Salaam. … It is important that we maintain goodwill and political understanding between the leaders of the two countries, [and] between the people of the two countries. What brought this visit had precisely to do with the trade and economic relations between the two countries from a bilateral perspective, but also in the context of the East African Community (EAC).” Tanzania already benefits from excellent relations with its other bordering nations of Kenya, Uganda, and Burundi, and although not a bordering nation, South Sudan along with its recent admission to the EAC.
Meanwhile, relations between Tanzania and China reach back to the Cold War, when both countries were bastions of socialism. Even though both states have now embraced market capitalism, the precedent for cooperation has stood the test of time. By 2014 over 500 Chinese companies had begun operations in Tanzania, and when Chinese President Xi Jinping visited African in 2013, Tanzania was his first stop. According to the MOFAIC, Chinese business interests in the country are responsible for over 150,00 local jobs. According to the Tanzania National Road Agency, over the past 10 years, 14 Chinese companies have undertaken 58 road construction projects totaling 3,140 kilometers at a cost of USD1.75 billion. More recently, China has expressed interest in reviving Tanzania’s lackluster textile industry, with local Urafiki Textile Mill receiving funding from Chinese entrepreneurs and undergoing a process of complete industrialization. Another product of cooperation between Tanzania and China is the Tanzania-China Friendship Textile Company (FTC), which was born from a China-sponsored project in Tanzania in 1995. Today, it remains a joint-venture company between Changzhou State-owned Textile Assets Operation Company of China and the Tanzanian government.

Tanzania is a prime member of the EAC along with Uganda, Kenya, Rwanda, and Burundi. Under its proposals, the EAC is set to guarantee free trade and movement of people, including the right to reside in another member country for the purpose of employment. Tanzania is currently the rotating chair of the EAC. The country is also a member of the Southern African Development Community (SADC) and the Economic Community of West African States. These organizations are of great assistance to Tanzania in terms of coordinating efforts to boost trade, develop education, and build regional infrastructure.

The government of Tanzania also participates in UN initiatives such as the UN Development Assistance Plan (UNDAP). Starting in July 2016, the UNDAP in Tanzania entered its second phase, designed to last five years from 2016-2021 and operate concurrently with ongoing efforts of the local government. The program aims to build on the foundations established during the first phase by collaborating again with the Tanzanian government, as well as the local media, private sector, and general public, to deliver on several themes: inclusive growth, resiliency, a healthy nation, and the ability to withstand external shocks. As the UN and Tanzania join forces to overcome obstacles, both entities are also assessing how the UNDAP fits into the context of Tanzania’s two national visions: the Tanzania Development Vision 2025 and Zanzibar Vision 2020, thereby ensuring that long-term objectives can be achieved. At the same time, Tanzania regularly contributes up to 2,250 soldiers and other personnel to UN peacekeeping missions.

Although Dodoma superseded Dar es Salaam as the nation’s political capital in 1996, the former capital retains the majority of government offices and remains the largest city, principal port, and leading commercial center of Tanzania. Dar Es Salaam has put itself on the map as an up-and-coming center for international cooperation, hosting a slew of events and conferences in 2016.

As for the economy, the International Conference at Dar es Salaam was held on the topic of global peace and sustainable development, while Tanzania Foodex, Tradex, and Buildex also invited companies from around the globe to investigate a few of the nation’s most exciting industries. Meanwhile, Tanzania also played host to the Swahili International Tourism Expo (SITE), a three-day event designed to promote opportunities in ecotourism, nature conservation, travel, trade, hospitality, travel services, and marketing. Investors and businesspeople also flocked to Dar es Salaam in 2016 for the East Africa Oil and Gas Summit, the Made in Tanzania Expo, the Tanzania International Trade Fair, the Global Climate Policy Conference, and the Africa LPG summit.
Garnering more and more attention, Tanzania is reaching out through diplomatic channels to attract potential investors and partners. With its stable political system and increasingly strong bilateral and multilateral ties, Tanzania appears to be kickstarting a new wave of development from within.