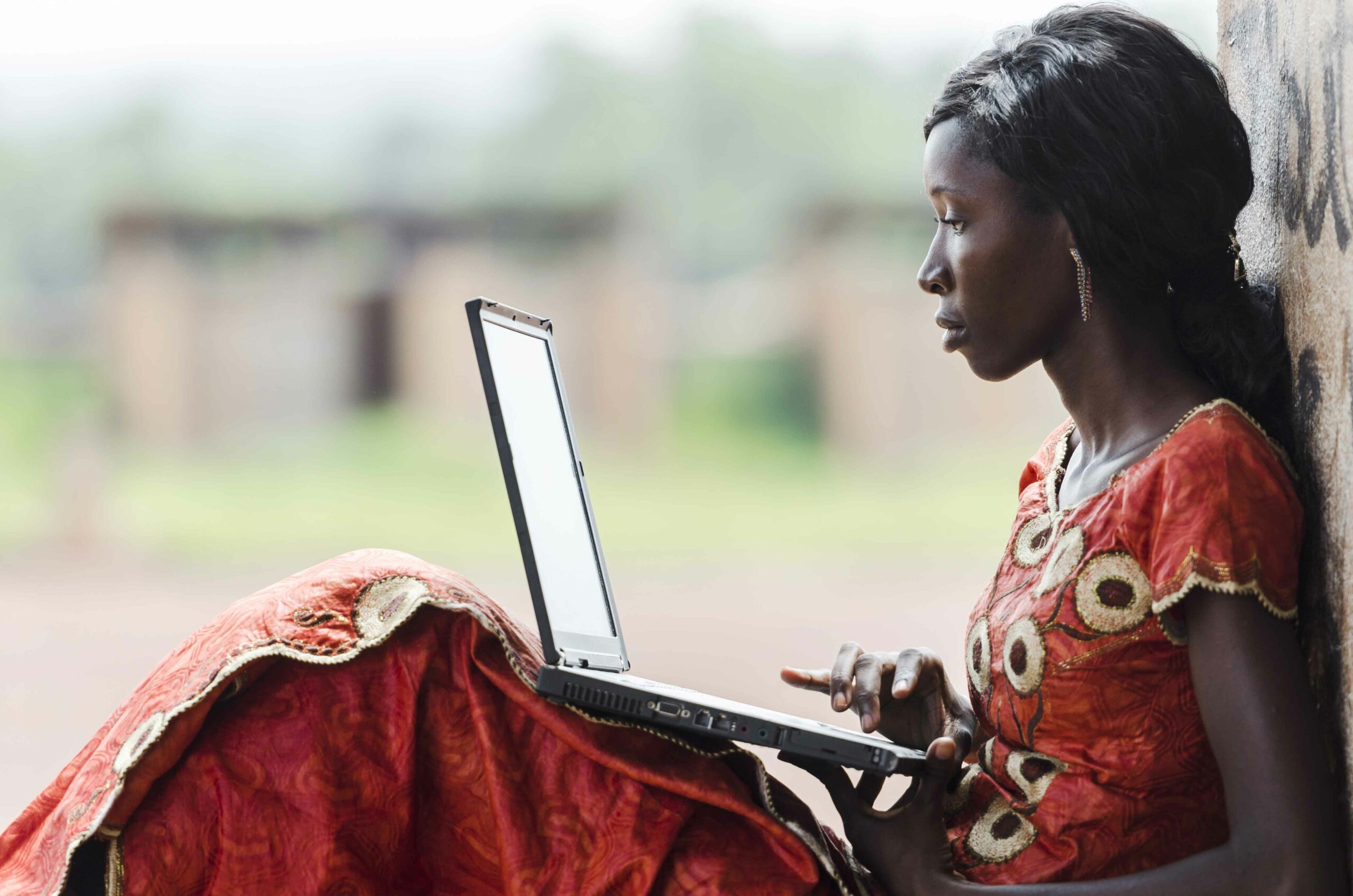 Share on:
As Zambia looks to increase internet accessibility, it is enlisting the help of both public and private companies to accomplish growth within the sector.

Zambia has recently become a leader in the cluster of Southern Central African countries that is emerging as an attractive investment destination for ICT sector development. Due to its increasing adoption rates and solid technology base, growth prospects remain high and the industry outlook healthy. With a predicted year-end internet penetration rate of 23%, the sector is spurring public investment, as the government is allocating more of its resources to building its infrastructure. According Zambia’s ICT regulator, the Zambia Information and Communications Technology Authority (ZICTA), fixed telephone subscriptions have remained essentially unchanged from 2014 to 1Q2015, hovering at 114,000 subscriptions. Predictably, mobile penetration is significantly higher at almost 70% as of the first quarter of 2015, with over 10.83 million subscribers, up from 10.11, or 67%, in 2014. Fixed internet subscriptions figures are paltry and have fluctuated since the data was first taken in 2001. In 1Q2015, the government reports that there were 33,000 subscriptions, or 21 subscribers per 100 inhabitants. Mobile internet users has steadily increased after an initial burst of users: from 2011 to 2012, figures skyrocketed from 379,888 to 2,314,983, though have evened out slightly, as 2014 figures indicate that there were 3,741,615, or 24% penetration, and 1Q2015 recorded 4,315,056 subscriptions, translating into a 28% penetration rate.

In an interview with TBY, James Chona, Samsung Business Leader of Zambia, Zimbabwe, Malawi and Mozambique, explains what is driving the growth of the industry, as “Zambians are particularly open to new technologies and keeping up with latest trends. It is apparent that Zambians are trying to stay up-to-date by acquiring the latest technologies, from mobile phones to cars and TVs. The mobile network and Smartphone capabilities are reaching almost every corner of the country, and at least one mobile operator has launched 4G services.”

Expansion projects are at the forefront of the industry’s agenda. Liquid Telecom announced in February it had raised close to $150 million in a bid to extend fiber networks across Africa, allocating the money to its Fiber To The Home (FTTH) projects currently in progress in Zambia. These projects will provide homes and businesses with 100Mbps—currently the fasted broadband available in Africa—as well as unlimited data packages, and will add to the Liquid’s current broadband network, spanning over 18,000km throughout 15 countries.

In May, Liquid Telecom acquired Realtime, Zambia’s second largest internet provider, further expanding its operations in the country. Upon the acquisition, Realtime changed its name to Hai Telecommunications Limited (HTL). The framework for this transaction stipulates that moving forward, HTL will focus on retail and business markets in Zambia that are not regulated by ZICTA. Additionally, it will use satellite and fiber networks to provide communication services to homes and businesses across the country. The acquisition also positions HTL as one of the first resellers of Fibroniks, Liquid Telecom’s FTTH service.

In an interview with TBY, Andrew Kapula, Managing Director of CEC Liquid Telecom, explained how Fibroniks can help improve the lives of Zambians. “Fibroniks has capabilities to deliver triple play services, voice, data, and video. These are good speeds for the resource hungry devices and systems in a country that has gotten used to extremely slow internet speeds. The response to Fibroniks has been overwhelmingly good.”

In November 2014, ZICTA announced that it had erected 147 out of 169 planned new telecommunication towers that are part of a larger effort to increase communication access to rural parts of the country. A greater emphasis has been placed within the government’s agenda to increase the infrastructure in remote areas, as improving access will, naturally, improve the business climate and extend public access to both mobile and internet services. The government reported that ZICTA had allocated, as a part of its initiative to bridge the digital divide between rural and urban communities, over $158,000 to the project.

In April, Zambia hosted the Southern Africa Banking and ICT Summit, which brought together industry leaders, stakeholders, security and bank managers, risk and compliance professionals, IT auditors, and law enforcement officials to discuss efforts to curb cyber crime that has afflicted Africa’s government and financial institutions.

The single-day event, held in Lusaka, came at a crucial point in developing mechanisms to safeguard against cyber attacks, as banks and governments throughout Africa have recently been targeted by hacking, card skimming, and scams. The conference, sponsored by industry heads such as IBM, NECOR, and Banker Association of Zambia, also featured workshop sessions that aimed to help articulate and implement relevant risk management strategies and streamline internal processes.

ZICTA recently announced that it was in the process of conducting information for its 2015 Information and Communication Technology (ICT) survey. The government began collecting relevant data in early August, with an expected completed collection at the tail end of September.

Last conducted in 2010, the results of the survey will provide key insight as to where the industry is strong and identifying the soft spots of the sector. According to Zambia’s Daily Mail, the survey will update the sector’s baseline indicators, especially within the Common Market for Eastern and Southern Africa and the International Telecommunication Union metrics. Such indicators are meant to provide a realistic picture that will help the industry gauge access and usage across individuals, households, government institutions, and enterprises.

ZICTA’s survey is increasing in importance, as it also provides both the government and the industry the opportunity to evaluate the size and scope of the services the country makes available. For the government in particular, the results of this year’s survey will help guide the regulatory bodies as they work to pinpoint the growing edges in the current regulatory framework, especially those that are hampering growth.

The International Telecommunication Union (ITU), a UN agency, set June 17, 2015 as the deadline for all countries to switch from analogue television to digital terrestrial broadcasting. In switching over, Zambia National Broadcasting Corporation (ZNBC) will be able to offer four channels dedicated to news, sports, children’s shows, and the Parliament. Minister of Information and Broadcasting Services The Hon. Chishimba Kambwili said that the first phase of the migration process of switching over cost the government over $9 million, with Chinese company Star Technologies leading the effort.

ZICTA is urging the private sector to become more aggressive in creating demand within the ICT sector. ZICTA firmly believes that by identifying investment opportunities within the sector, it will increase affordable access to a wider scope of services for the general population. ZICTA regularly hosts discussions with key players in the industry, ranging from mobile network operators, officials from regulatory bodies, ICT services providers, and internet services providers, which also allows for the private sector to present the latest developments of its services and products on the market.

To help jumpstart private sector participation and to facilitate innovation, ZICTA is holding a country-wide conference scheduled for early October. The theme for this year’s business forum, Innovate-Create-Thrive, is a reflection of ZICTA’s prioritization and the emphasis the government is attempting to place on innovation being a driving force for a thriving ICT sector.

While the growth potential for Zambia’s ICT sector presents a wealth of opportunity for investment and development, many companies agree that the hefty cost of internet remains an obstacle as the country looks to increase usage rates. Companies are looking to introduce different products that specifically cater to a diverse segmentation of subscribers and believe that offering these products to household, small-scale corporate, and large-scale corporate subscribers will spur usage rates due to easier internet access.

Companies such as Realtime recognize that increasing access is vital to creating a stronger, more diverse workforce and population. In an interview with TBY, Samson Longwe, Managing Director of HTL, explains: “The internet has become a cross-cutting service and is contributing greatly to the enhanced of quality of life in general. It has made it very convenient for us to do research, and it has been crucial to the field of education for gaining knowledge. It has made it easier for the farming community to enquire about such things as agricultural inputs, markets, weather patterns and soil texture, etc. The internet in the medical field has made it easier to consult doctors remotely.”