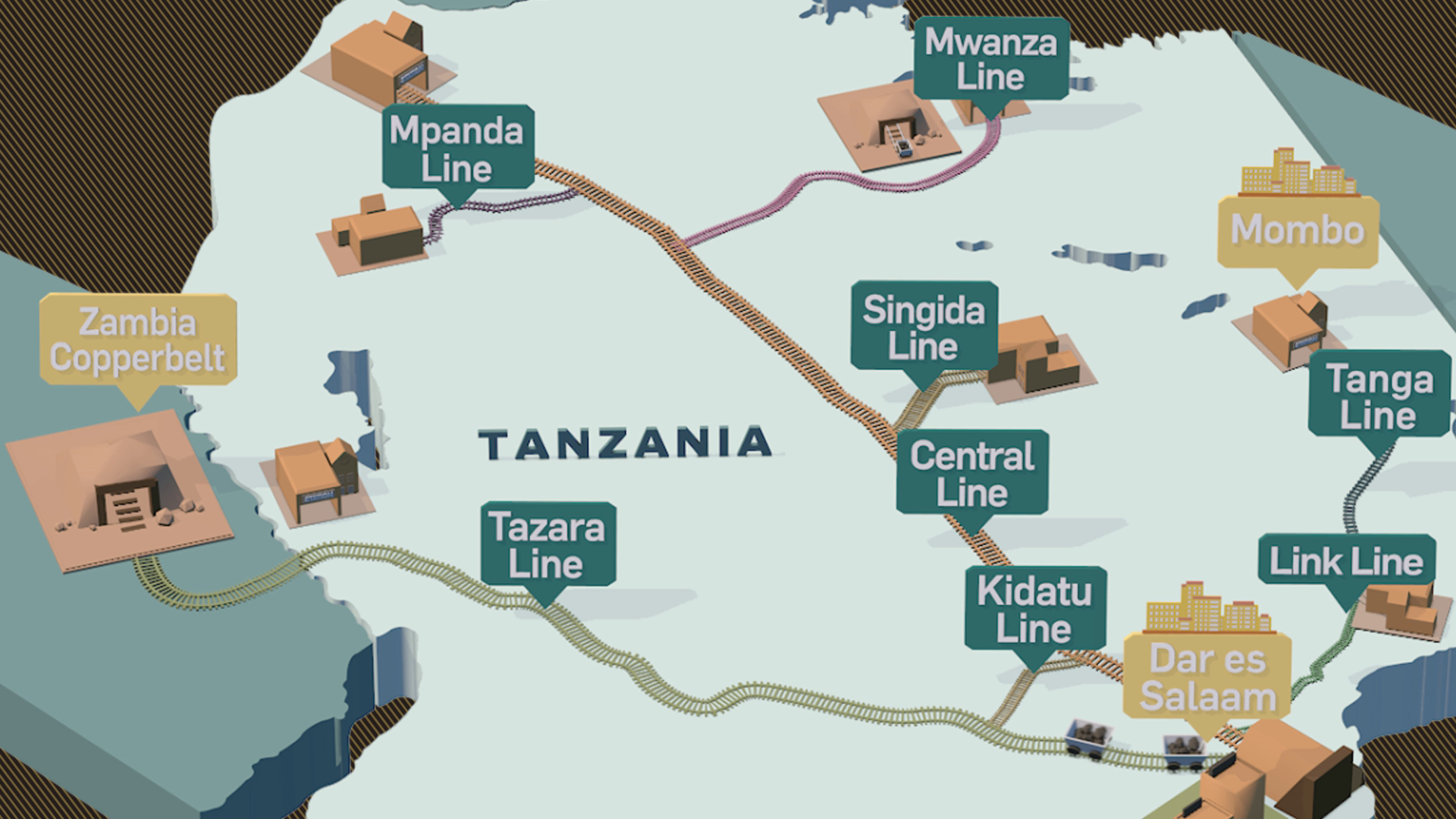 A history of the country's railway network

Share on:
The Standard Gauge Railway (SGR) is a major public investment that is expected to stimulate the economy of both Tanzania and its neighbors. The Dar es Salaam-Isaka-Kigali/Keza-Musongati (DIKKM) project, as it is also called, will allow Tanzania to capitalize on its long coastline and upgrade its rickety railways to serve the growing economies of landlocked countries.

After years of neglect, recent discoveries of gas and oil as well as growing industrial sectors in the EAC have shone a light on the lack of infrastructure to support growth. Therefore, with the election of President John Magufuli, who is also known as the Bulldozer, East Africa’s second largest economy is embarking on a series of key PPPs to develop ports, roads, and railway lines to open up trade amongst the EAC.

Tanzania itself is blessed with 800km of the Indian Ocean, and landlocked neighboring countries of Burundi, DRC, Rwanda, Uganda, DR Congo and Zambia. However, its 3,676km rail network suffers from aging infrastructure, deteriorating track conditions, as well as a lack of rolling stock and human resources to operate and maintain the line. A puff of rejuvenation is, therefore, long overdue.

The DIKKM railway will largely follow the alignment of the existing meter gauge line, running 970km from Dar es Salaam to Isaka, replacing the current line without disrupting its operations during construction. From Isaka, the DIKKM line will follow a 494km greenfield track to Kigali, Rwanda, with a 197km branch from Keza to Musongati, in Burundi.

This mixed-traffic DIKKM railway will be built to 1,435mm gauge, in line with EAC and African Union standards for new lines in the region, and will be suitable for 2,000 meter-long freight trains with 32.5 tonne axle loads. Calculations and traffic estimates predict 8.5 million ton per annum (mtpa) for a low growth outcome, and 12.9mpta in an optimistic case, meaning that the freight services offered by the line will turn a healthy profit. However, passenger services will be supported through public service obligation payments.

The project will create railway links between four countries—Burundi, DRC, Rwanda, and Uganda—and the Dar es Salaam Port. The 2,190km of track will be laid out in four phases at an estimated cost of TZS15 trillion, equivalent to almost USD8 billion. According to the Ministry of EAC Affairs, the pre-set timeframe set the construction start date as YE2016, for completion in 2020.

In mid-July 2016, President Magafuli secured a USD7.6 billion concessional loan from president of China’s Exim Bank Liu Liang for construction of the project; at the same time, the country has secured a USD200 million loan from the African Development Bank to finance transport infrastructure projects, and Finance and Planning Minister Dr. Philip Mpango announced that some of this fund would be spent on the SGR project. The news of the loan was very much welcome, especially by a consortium of Chinese firms, led by China Railway Materials, who were last year awarded the contract to build the railway. The China Exim Bank is also financing a USD1.2 billion, 532km natural gas pipeline in Tanzania.

In a government bid to both reduce cost and support local industry, the Minister for Works, Transport and Communication, Prof. Makame Mbarawa has said that the Mbeya plant owned by Tanzania-Zambia Railways Authority (TAZARA) will produce the sleepers for the railway line.

The first phase of the project will see a railways line from the business capital Dar es Salaam to the lakeside city of Mwanza, through Isaka and Tabora, linking the city to Uganda. President Magufuli said in August 2016 that Tanzania wanted to start construction of the railway “as soon as possible.” This reflects the sense of urgency that is becoming increasingly common in Tanzania’s corridors of power, which is taking greater note of Kenya’s infrastructure fortification plans. Kenya is also constructing a USD3.27 billion 609km of standard gauge railways lines between Mombassa and Nairobi to boost movement of cargo to port. The race to become the logistical hub for the EAC is creating a welcome race to build infrastructure to support and bolster the region’s economic growth.