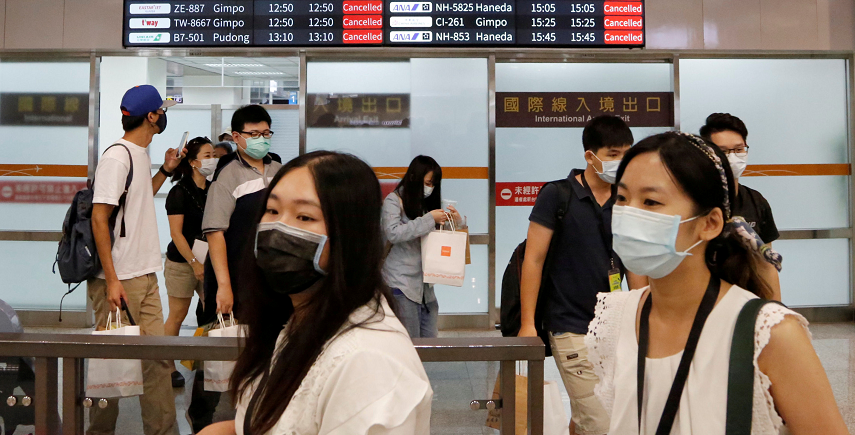 Getting the Travel Bug

Share on:
How will the tourism industry bounce back after widespread lockdowns during the COVID-19 pandemic?

COVID-19 has taken its toll on many businesses, but perhaps no sector was hit as hard as tourism. It is estimated that by the end of 2020 the global tourism sector’s year-on-year losses will reach at least 50%—and perhaps as much as 80%.

Tourism is a major driving force in many emerging economies by attracting foreign exchange, creating jobs, and boosting construction.

The Paris-based Organization for Economic Cooperation and Development (OECD) estimates that, on average, 4.4% of the GDP of its member states and 21.5% of their service exports directly come from tourism.

These figures are much higher for countries traditionally regarded as tourism hubs such as Spain, France, and Mexico.
Service providers in the tourism sector, such as airlines, travel agencies, hotels, resorts, and food and beverage establishments are major job-creators. In Portugal, Greece, Ireland, and Turkey the tourism sector directly employs up to 10% of the workforce, while indirectly benefiting many more.

Given the sector’s importance, no post-COVID19 economic recovery can be complete without the resurgence of tourism.
Widespread border closures across the world and a sharp drop in the number of international flights have cast a shadow on the future of tourism.

“More than 9 out of 10 people in the world [are] living in countries which have put in place cross-border travel restrictions,” according to a report by OECD published in June, 2020.

Under such circumstances, domestic tourism seems to be the sector’s safest bet, at least until the complete lifting of restrictions on cross-border travel.

Lonely Planet’s Tony Wheeler told Financial Times in an interview in May 2020 that the average British traveler will be less likely to consider spending a weekend in Europe, and will presumably instead settle down for a destination in the UK.

But the capacity for domestic tourism varies from one country to another: while the US, the UK, Australia, and Europe have a relatively high demand for domestic tourism, travel destinations in the Middle East, North Africa, and the Caribbean depend on inbound tourism for survival.

With that said, not all hope is lost for international tourism. The European Commission recently published a roadmap for the gradual reopening of the tourism sector and the phasing-out of border closures.

The EU has also recommended its member states to lift restrictions on border-crossing for the citizens of 15 countries outside the bloc, including Australia, Japan, and Morocco, starting on July 1, according to Euronews.
Some optimists believe that international tourism can bounce back easily, if the quick recovery of the sector after the H1N1 outbreak of 2009 and the MERS outbreak of 2015 is anything to go by.

Hundreds of German holidaymakers made their way to Majorca, Spain, in mid-June almost as soon as the Spanish government relaxed its border-crossing restrictions, according to Reuters.

It seems that restoring the travelers’ confidence is not going to be a difficult job for the industry, although hotels, resorts, and airlines will have to abide by serious health and safety precautions such as operating at 50% of their nominal capacity in some regions.

Different subsectors within the industry will also follow different patterns of recovery. The demand for serious business travel and family visits are likely to bounce back before leisure tourism and recreational escapes.

The best imaginable game-changer for the industry, however, will be the introduction of an effective vaccine endorsed by the WHO by 3Q2020.